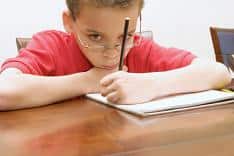 If your child has been diagnosed with attention deficit/hyperactivity disorder (ADHD), you’ll likely face a bumpy road of treatment options and results. Add to that the task of finding appropriate health insurance coverage.

ADHD is a chronic neurobehavioral condition that can manifest in many ways, including hyperactivity, impulsivity and the inability to pay attention. These symptoms often lead to difficulty in academic, emotional and social functioning. According to the National Institute of Mental Health, ADHD symptoms become apparent in preschool and the early school years.

According to a 2009 National Health Survey by the Centers for Disease Control and Prevention, 5 million children ages 3 to 17 have been diagnosed with ADHD by a medical professional.  Stimulants are the most common type of medication prescribed for ADHD, including Ritalin, Adderall and Dexedrine. ADHD is generally treated with a combination of behavioral therapy and medication.

ADHD treatment falls under “mental health treatment” benefits, so if your health insurance plan doesn’t include mental health coverage, you don’t have a claim. Your plan may even specifically exclude coverage of ADHD, so read it carefully before pursuing a claim.

If you belong to an HMO, your choice of providers and benefits could be restricted and you may need to run a gauntlet of pre-authorization requests; without the right pre-authorization before treatment, your insurance claim could be denied.

The Mental Health Parity and Addiction Equity Act of 2008 makes it illegal for group health insurance plans (like those offered through an employer) to discriminate in coverage for mental health services. Group plans must offer mental health coverage levels that are equal to medical treatment coverage levels.

“There are exceptions to the law’s coverage, including small employers and plans not currently offering mental health coverage,” says Clarke Ross, CEO for Children and Adults with Attention Deficit/Hyperactivity Disorder (CHADD), a nonprofit advocacy group for people with ADHD and their families. “There remains uncertainty whether all disorders listed in the Diagnostic and Statistical Manual of Mental Health Disorders must be covered. It will take some implementation experience to see how this unfolds related to ADHD.”

Health insurers err on the side of caution when it comes to prescription drug treatment for children with ADHD. A recent study from the American Heart Association found that stimulant ADHD drugs could pose health risks for children who have abnormal heart rhythms, and must be closely monitored by physicians.

“The medications used to treat ADHD are very effective drugs, but like all prescription medications, they can have side effects and need to be monitored carefully by a physician. They are also not appropriate for children with other behavioral problems, so getting an accurate diagnosis is important for parents who are concerned that their child might have ADHD,” says Dr. Douglas R. Hadley of CIGNA HealthCare.

Because doctors sometimes prescribe these medications without conducting an evaluation, CIGNA has enhanced its coverage policy for physicians to include additional in-office services for development screening for disorders such as ADHD, Hadley says. These policies help ensure that those who need these medications have access to them, and that they will receive the appropriate screening and diagnostic services, he adds.

Further compounding the health insurance situation for parents of children with ADHD is that the condition often coexists with other psychiatric conditions, sometimes with overlapping symptoms. The National Resource Center on ADHD, a clearinghouse of science-based information about the condition, states that two-thirds of children with ADHD have at least one coexisting condition. The most common coexisting conditions are:

If you decide to go this route, you’ll do it at your own cost: Health insurance won’t cover experimental, investigational or unproven treatments.

For more information about the diagnosis and treatment of ADHD go to www.Help4ADHD.org

Ross notes that while health insurance plans are becoming more open to the idea of treatment for ADHD in childhood, they have not accepted the same treatment for adults.

“What’s disturbing is the same plans still have a higher rate of restrictions when it comes to treating adults with ADHD,” he says. “There is this notion among health care providers that once you reached the magic age of 18 you were cured. The science shows that 80 percent of children will manifest ADHD as adults and health insurance plans with adults have not caught up with the science yet.”

Ross adds that a number of professional medical associations have created evidence-based assessments, treatment and guidelines for ADHD in children, but have overlooked what happens to those children in adulthood.

“There is still no comparable standard for adults with ADHD, and payers are reluctant to pay when there isn’t professional assessment with evidence-based standards for treatment. This remains an uphill battle for us,” he says.

If your child has been diagnosed with ADHD, take advantage of all the resources available from your health insurer. Health plans have a number of tools available to assist individuals with behavioral health conditions, including prescription management, health coaching, employee-assistance programs and a variety of Web-based support tools.