Cost of living comparison by state

You might have picked where to live based on the job market, or school district – or even the weather. But what about the local cost of living?

How much you spend on major expenses like housing, groceries, utilities, and insurance all impact cost of living, and that varies widely by location. A state’s cost of living can be the difference between living comfortably or struggling to keep your head above water. Gauging an area’s cost of living is a crucial factor when figuring out where to live.

So, if you are considering moving, or simply want to know how your state stacks up, read on for more information about the cost of living by state.

What is cost of living?

Cost of living refers to the amount of money you need to cover basic living expenses in a certain location. That can include the average cost of rent/mortgage payments, utilities, food and groceries, healthcare, insurance, transportation and other goods and services.

Cost of living can tell you how expensive it is to live in one area versus another. Usually, a cost of living index is used to compare this information. 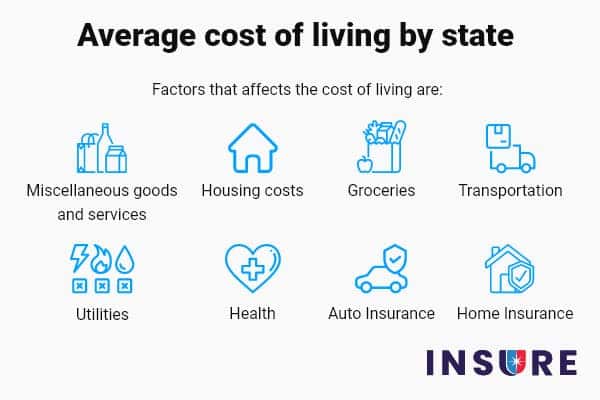 Why cost of living matters?

A state’s cost of living has a major impact on your ability to save money and build your wealth. If you live in a high cost of living area and don’t have the income to support it, you could end up living paycheck to paycheck.

On the other hand, a lower cost of living area means expenses are relatively low, so you may have more room in your budget to save, invest, etc.

However, keep in mind that wages often mirror the cost of living. If you live in an expensive city such as San Francisco or Washington DC, your salary will likely be higher to account for that.

If you live in Amarillo, TX or Montgomery, AL, your expenses will be much lower – but so will your salary, most likely.

Average cost of living by state

Curious how the different states compare when it comes to cost of living?

Hawaii has a cost-of-living index of 195.8, indicating that it is 95.8% more expensive to live there than the national average. Mississippi ranks 84th on the index with an index value of 84.78, suggesting a 15.22 percent savings over the national average when compared to its productivity levels and standard of living.

A state like California or Hawaii has much higher rates than areas like Utah and Idaho. However, the cost of living varies by region within a state, too. Rural areas usually have a lower cost of living than suburban and urban areas. Even metro areas within the same state vary.

One example is Texas. Cities like Houston, Dallas, El Paso, San Antonio, Austin, Amarillo and Beaumont are all proudly Texan, but the cost to live in each varies. The more congested Northeast isn’t immune to the substantial cost of living shifts either.

New York has the New York City area, Long Island and Westchester County, which all have high costs. However, The Empire State also includes more affordable areas like Albany, Rochester, Utica and Buffalo.

So, don’t write off an entire state if it has an overall high cost of living. Instead, dig deeper into the numbers to gauge specific regional costs.

Cost of living index by state

A cost of living index is meant to compare how expensive or cheap it is to live in certain areas. When looking at a cost of living index by state, you can see how various states compare in terms of housing, transportation, utilities, food, healthcare, insurance and more.

A 100 on the index is the average cost of living for the entire country. States with numbers below 100 are cheaper to live in, and states with a cost of living above 100 are more expensive.

Cost of living in Florida 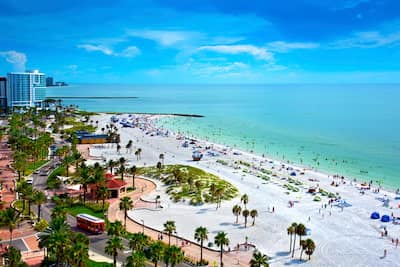 The state is a popular destination for people in northern states during their retirement years. Depending on the area in Florida where you lay down roots will depend on how much you can stretch your dollars.

Overall, Florida is pretty middle-of-the-road when it comes to cost of living. It ranks as the 31st cheapest state. However, there is one area where you’ll pay a lot more in Florida: insurance.

Florida has some of the highest home insurance rates. You’ll likely pay more for coverage in The Sunshine State than elsewhere. Floridians pay more for home insurance, for instance, because of the area’s weather and claims history. Hurricanes often strike the state — whether along the east coast, west coast or the panhandle. You’ll want to keep that in mind if you decide to move to Florida.

Cost of living in Arizona 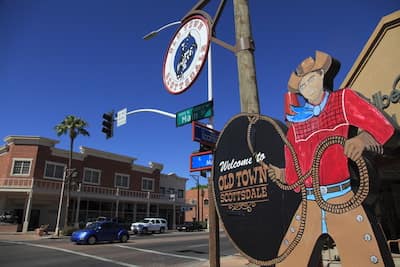 Despite nearly year-round sunshine and gorgeous landscapes, the cost of living in Arizona is about on par with the national average, if not slightly cheaper. That’s likely due, in part, to the extreme heat that residents have to deal with for a good portion of the year.

In fact, summer temperatures range from 90 to 120 degrees Fahrenheit. Plus, much of the landscape outside of major metropolitan areas such as Phoenix can be pretty barren.

If you don’t mind the desert environment, you’ll be pleased to find affordable housing and relatively low costs for goods and services in Arizona.

Cost of living in Montana 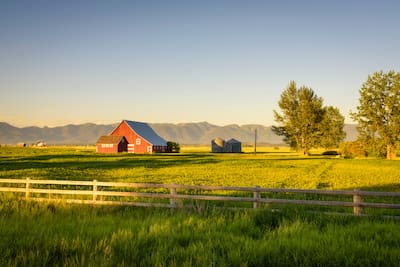 Montana is another state where you’ll find fairly affordable living expenses. The state’s cost of living is slightly below the national average and ranks #22 overall. Healthcare and transportation costs are relatively low. But one area you can expect to pay more is home and auto insurance.

Montana is the most dangerous state for driving, with 22.6 car accident deaths per 100,000 people. That’s thanks to icy roads, low seat belt use and a culture of drinking and driving.

The severe weather in Montana also presents a lot of risk to homeowners. Frequent wildfires, blizzards and hail mean Montana homeowners have to pay higher than average premiums for their home insurance.

Cost of living in Maine 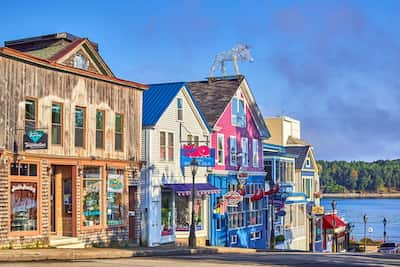 Several northeastern states rank on the high end of the cost of living index, and Maine is one of them. It has the 14th-highest cost of living, which is 13.96% higher than the national average. It’s not too surprising considering the state’s fantastic ocean views, fall foliage and shopping.

The good news is that if you love the New England lifestyle, but not its price tag, Maine is cheaper to live in than neighboring states such as Vermont, Connecticut, Rhode Island, and Massachusetts.

Maine also has the lowest crime rate in the country, which not only allows you to feel safer in your home but helps keep insurance costs down, too.

Cost of living in Hawaii 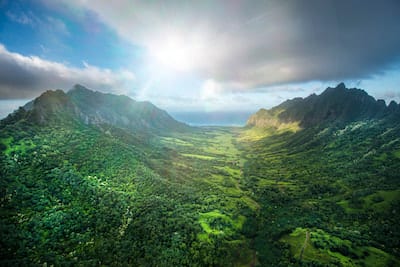 Thinking about moving to Hawaii? Know that it’s the most expensive place to live in the U.S. The state’s cost of living is nearly double the national average.

One of the biggest factors in an area’s cost of living is housing costs. The average Hawaii property goes for more than three times more than the national average. But it’s not only housing that costs more in the state; the Aloha State also has much higher utilities and grocery costs.

Cost of living in Los Angeles California is one of the most expensive states to live in, ranking #4 behind Hawaii, Washington DC and New York. That’s especially true in the city of Los Angeles, where beautiful beaches, weather and people mean residents are willing to pay a premium to live there. Expect sky-high housing costs, plus inflated prices on just about everything else, too.

Cheapest states to live in

Most expensive states to live in

Whether you’re moving for a job or relocating in retirement, our cost of living calculator can help you evaluate how much it’ll cost you to live in your new destination.

For instance, compare costs related to major budget categories like housing, groceries, utilities, transportation, health care, other goods and services and home and auto insurance. You can compare any two factors side-by-side.

To use the tool, enter the Zip code to get the most accurate result. Cities can have multiple Zip codes, so by entering the city name, you'll get the average for all Zip codes in that city. We may not have cost-of-living data for some non-metropolitan areas. In those cases, we provide the cost-of-living information for the nearest Zip code with available information.
Cost of Living in Boise City, ID is
59.79%  lower
than New York, NY
To maintain the same standard of living in Boise City, ID, you need to have an after-tax income of: $20,105
New York, NY
-80% Housing
-38% Groceries
-19% Utilities
-24% Transportation
-8% HealthCare
-24% MISC Goods & Services
-65% Car Insurance
-53% Home Insurance
Home
Insurance
Auto
Insurance
Get this report NOW!
Email sent successfully. Unable to send the Email.
OR
L O A D I N G

How to use Cost of Living Comparison Calculator

What is the cheapest state to live in?

Mississippi is the cheapest state in terms of cost of living. Mississippi costs are lower than the state average in every category except for home insurance costs. Home insurers base rates on risk. Weather-related claims, such as hurricanes, fires and break-ins lead to higher costs.

What is the best state to live in financially?

Just because it’s cheap to live in a certain state doesn’t necessarily mean it’s the best place to live for your finances. You’ll also want to consider factors like the unemployment rate, average wages, tax rates, and more.

That means states with more expensive costs of living could still be beneficial if there’s a strong job market, high salaries, low taxes, etc. And these factors can shift over time, meaning the best state to live in financially isn’t always the same.

If you’re thinking about moving for financial reasons, you can use the cost of living calculator to see how different states will impact your bottom line. Then do some research to find out the health of the local economy.

How much has the cost of living increased?

How do you read a cost of living index?

A cost of living index evaluates several factors, which are weighted in terms of importance. Below are the eight main expense categories we used to gauge cost of living, from most to least important: