Cigna is the least likely to deny your health insurance claim

When it comes to paying health insurance claims, Cigna gets high rankings from the American Medical Association (AMA).

Of the seven of the country’s largest commercial insurers (meaning those offering group health insurance to workplaces) in the AMA’s annual health insurer report card, Cigna had the lowest claims denial rate (0.54 percent) and was found to be the most efficient at processing claims. That said, Cigna also has the highest “patient responsibility”: Cigna members paid 25.9 percent of their medical bills out of pocket, according to the report. 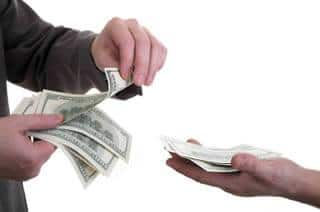 The claim denial rates for the others in the study were:

For the first time since it started issuing the report six years ago, the AMA ranked health insurers according to how much their errors and unnecessary tasks added to claims costs. The AMA calls this the “Administrative Burden Index” (ABI).

The other ABIs were:

Also for the first time, the AMA determined the percentage of claims that patients were responsible for through copays, deductibles and co-insurance. The report found that during two months earlier this year, patients paid out of pocket an average of 23.6 percent their health care expenses.

While Cigna members paid the highest percentage of their bills (25.9 percent), Humana had the lowest average at 15 percent. The others were:

Dr. Barbara McAneny, an AMA board member, says health care consumers should take this information to their human resources department and encourage their employers to choose health insurers that are best at processing claims.

“Employers have a significant amount of power to choose health plans,” she says. “If employers understand that the system isn’t working for their employees, they can select better plans.”

However, Claire McAndrew, a senior health policy analyst at Families USA in Washington, D.C., says quality ratings such as those in the AMA report card should be just one part of choosing a health insurance plan.

“When it comes to looking at rates of denials, that’s important, but you shouldn’t make an insurance decision based on any one factor. You want to take many elements into account, including whether the doctors and services you need for your health condition are covered and are part of its network.”

“A lot of research has gone into determining what words to use and how to present it so consumers can understand it,” she says.

Nick Newsad of Denver, author of “The Medical Bill Survival Guide,” doesn’t think the AMA report will influence employers because the decisions about which plan to offer often “comes down to what benefits at what cost.”

Still, he says, the savvy health care consumer can fare better than someone who is not cognizant of their benefit plan and how things work.

“We selected insurance companies that had a national presence or large regional markets,” McAneny explains. The study is based on a random sample of about 2.6 million health insurance claims submitted electronically in February and March of this year. The study also included Medicare, which had highest denial rate of all at 4.92 percent.

McAneny says the AMA has seen some improvement in claims cost and processing since it started releasing its annual health insurers report card in 2008. It says that the administrative costs of processing insurance claims adds as much as $120 billion a year to the health care system and releases the report to encourage health insurers to reduce those costs.

Robert Zirkelbach, spokesperson for the America’s Health Insurance Plans, a trade group, counters that providers – such as doctors — must share responsibility for improving the accuracy and efficiency of claim payments.

Do you have to pay back Medicaid if you inherit money? By Huma Naeem

Coinsurance vs. copay: What’s the difference? By Chris Kissell

Who can you add to your health plan? By Barry Eitel