Some employers use salary levels to determine how much their workers contribute toward their health insurance premiums. The more the workers earn, the more they pay toward their premiums.

It is not a terribly new idea, says Charles Coonrod, principal of Foundation Strategies Inc. in Katy, Texas, an employee benefits brokerage firm. “We saw this as early as the 1970s where it was somewhat common to have deductibles vary by salary band or class of employee,” he says.

Some larger companies including Pitney Bowes and General Electric have based health insurance premiums on their employees’ wages for more than 20 years, says Elliot N. Dinkin, president and CEO of Cowden Associates Inc. in Pittsburgh, an employee benefits consulting firm.

Now, human resources and health insurance experts expect even more employers to adopt this strategy, which is perfectly legal, as health care costs continue to rise and the Affordable Care Act takes hold.

“I do think that health care reform is bringing about a resurgence of interest in this contribution strategy,” Coonrod says. 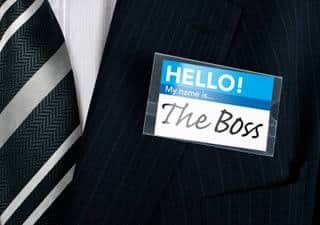 Tim Nimmer, chief health care actuary at Aon Hewitt of Lincolnshire, Ill., says the strategy, while not new, has received a lot of attention lately. As a result, he says, employers who might have considered the strategy before but weren’t sold on it are rethinking it. With all the talk about Obamacare, “they might have heard or read about it in the news,” he says, “and so they are asking, ‘Is this something we can consider?'”

‘Right thing to do’

Nimmer believes that with all focus on health care lately, company executives have become more conscious of how health insurance spending impacts their employees’ take-home pay. The idea of basing premiums on salary level is gaining traction, he says, “because many executives feel it is the right thing to do in order to make health care more affordable for their lower-income employees.”

Coonrod says he, too, would argue that it is a “fairer” approach. Besides, he asks, why should health care be treated differently from retirement, where employers have long based their contributions on the employees’ wages and salaries?

Dinkin also cites “fairness” as one of the advantages of basing health insurance premiums on salary and wages. A company’s lower-paid individuals often favor the strategy, and its higher-paid employees “feel they are helping others out,” he says.

The experts say that even more employers might look at the strategy for 2015 when, under Obamacare, they will be required to offer their employees affordable health insurance or pay a penalty.

Under the Affordable Care Act, coverage is considered unaffordable if employee premium contributions exceed 9.5 percent of family income. “It is possible that contribution levels, as they stand today at many companies, are above the 9.5 percent household income threshold,” Dinkin says.

One way to reduce contributions for lower-wage workers and avoid penalties is to charge higher-paid workers more to offset the difference, Dinkin explains.

For people who buy plans in the health insurance marketplaces, subsidies in the form of tax credits are available to those who earn up to 400 percent of the federal poverty level. That’s about $46,000 for an individual and $94,000 for a family of four. The amount of the subsidies the families are entitled to vary depending on family income and size.

Dinkin expects more companies to explore the possibility of setting contribution rates for those who might be otherwise eligible for a government subsidy at less than or equal to 9.5 percent and charging higher amounts for those at pay levels above the subsidy line.

The compensation-based health insurance strategy does have some negatives, the experts agree.

While some higher paid individuals may think the strategy is fair, others may resent having to pay more, Dinkin says.

Also, Dinkin says, the strategy can mean more work for employers. “It can have administrative complications,” he says. The extra administrative work can add to the overall cost of the benefit.

Nimmer says employers could hear “a lot of noise” from employees whose salaries are raised just enough to bump them into a higher contribution level. They could become resentful if a few dollars more in salary means a lot more in contributions to their health insurance, he says. “It could burn them a little.”

Nimmer suspects that large and medium-size employers are those most likely to adopt a salary-based strategy. That’s because they are most likely to have the demographics to support the strategy, he says. For it to work, you need enough workers in each tier to balance the premium differences and compensate for lower premium contributions by lower-wage earners.

Dinkins warns any employers that adopt a compensation-based strategy to be careful about how they communicate it to their employees, especially if it is a change in practice. “Open enrollment issues and other plan changes are complicated enough,” he says. “An added issue may result in this strategy not receiving adequate support.”