If your child wakes up with a fever over the weekend and your family doctor isn’t available until Monday, there are other ways to receive immediate medical care. A local shopping center may be one of them.

A growing number of people visit roughly 1,200 retail-based clinics that operate in pharmacies, grocery stores and big-box outlets throughout the country. Industry leaders say the clinics can improve access to health care as federal health care reform unfolds. And since many regions are suffering from a primary care physician shortage, making an appointment with a doctor is likely to get harder by 2014, when almost all Americans will be required to buy health insurance coverage. 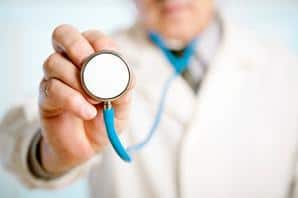 Retail-based clinics aren’t trying to replace primary care doctors. But they’re in a unique position to fill a health care gap when patients need quick treatment or a screening for common ailments such as ear infections, strep throat and vaccinations. They are generally staffed by nurse practitioners and physician assistants and offer walk-in appointments seven days a week – including evenings. If a higher-level treatment is required, clinicians refer patients to physicians.

“Access to health care is key,” says Gabriel Weissman, spokesperson for Take Care Health Systems, which operates 350 clinics inside Walgreens drugstore chains in 19 states. “Over 40 percent of our patients tell us that if it weren’t for our clinics they would go to the emergency room, urgent care clinic or wouldn’t seek treatment.”

Retail-based clinics sprouted around the country about 10 years ago. MinuteClinic in CVS pharmacies and Take Care Health Systems in Walgreens now control roughly 77 percent of the market, according to a 2010 report by Deloitte Center for Health Solutions, “Retail Clinics: Update and Implications.” Other retailers that offer walk-in clinics inside their stores include H-E-B stores, Target and Wal-Mart, which co-brands clinics and works with local health care systems to operate them.

Retail clinics originally targeted uninsured and underinsured patients who paid for most health care out of their own pockets. Today, most health insurance companies contract with retail clinics, and the vast majority of patients — up to 80 percent of Take Care clients — use insurance to pay for their visits.

Some insurers, such as Aetna, which has offered coverage for walk-in or retail clinics since 2005, pay claims no differently than for any other provider. Members typically pay their standard co-pay for a primary care physician or specialist visit, says Aetna spokesperson Tammy Arnold.

But some health insurance plans, such as Blue Cross Blue Shield and Health Partners, both in Minnesota, are dropping or reducing co-pays for retail clinic visits, which are generally less expensive than doctors’ office visits. According to a 2009 report by RAND Health, an average visit to a retail clinic (excluding lab tests or prescriptions) costs about $66. Compare that to visiting a doctor’s office ($106), an urgent care center ($103) or a hospital emergency room ($570).

Retail clinics experienced a rapid expansion in the mid 2000s, then growth slowed and the industry slimmed down, with about 150 retail clinic closings in 2008 and early 2009. RediClinic, for example, went from some 50 clinics to 20 in mid 2009, and Minute Clinic closed 104 underperforming clinics, reports Deloitte Center for Health Solutions.

More retail-based clinics on the horizon

Now the industry seems poised for another wave of growth. Merchant Medicine, which tracks retail clinics, projects that up to 4,000 clinics will be in operation by 2015.

“We’re back on the growth path,” declares RediClinic CEO Webster Golinkin, who is also president of the industry’s trade group, the Convenient Care Association. “The landscape for retail clinics right now is quite positive. There’s more support from the medical community and more awareness among consumers.”

Clinics are also exploring new services, such as monitoring chronic diseases in coordination with primary care physicians. MinuteClinic added monitoring services this year for patients with diabetes, asthma, high blood pressure and high cholesterol. In addition, it announced new affiliations, including those with Catholic Healthcare West in Phoenix, Ariz., Allina Hospitals & Clinics in Minnesota and the Cleveland Clinic.

“We’ve been addressing the issues of access and cost at RediClinic for five years,” he says. “I think we’re in a good position to be a part of the solution.”

Some health insurance systems, meanwhile, are opening their own retail clinics. Sutter Health operates three retail clinics in the Sacramento, Calif., area. The industry is also making inroads into other locations, such as airports. The AeroClinic operates clinics inside international airports in Atlanta, Philadelphia and Charlotte, N.C.

But not everyone’s a fan of retail-based clinics. Some physician groups argue that nurse practitioners and physician assistants who staff the clinics may treat conditions beyond their scopes of practice. They also say the clinics could lead to fragmented care if vital information isn’t reported back to patients’ regular physicians. The American Medical Association says clinics should have on-site physicians to oversee treatment and questions whether there’s a conflict of interest in joint ventures between clinics and pharmacies.

State laws affecting the industry vary widely, with some states making it easier than others for retail clinics to operate. Much depends on the rules governing the practice of the health care professionals who work in retail clinics. Eleven states, for instance, let nurse practitioners practice independently, but most states require some supervision, according to the California HealthCare Foundation. The level of supervision required has a big impact on retail clinics’ bottom line.

Tine Hansen-Turton, executive director of the Convenient Care Association, says acceptance of retail clinics among the medical community is growing at the local level in many areas of the country, but the industry still faces resistance from some state-level medical associations that want tighter regulation of retail clinics.

“Some of those battles are not over yet,” she says.