If you become seriously disabled or need to go to a nursing home before you retire, your annuity may contain a waiver that triggers payments that are not subject to the usual surrender fees. 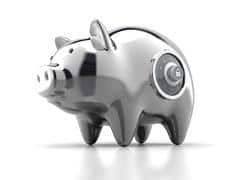 Meanwhile, all of the 10 top-selling variable annuities have a death waiver, according to the Morningstar Annuity Research Center. Nine have a terminal illness waiver, eight have a nursing home waiver, five have hospitalization waivers, two have disability waivers, and one has a waiver for unemployment.

Situations that trigger the waiver and allow you to make early annuity withdrawals vary from company to company. For instance, one insurer might require a 90-day nursing home confinement before your benefits are activated, while another might call for 60 days. In addition, one company may consider you disabled if you’re unable to work in any occupation, while another may require only that you’re unable to work in your current occupation.

This waiver passes on your annuity to your beneficiary if you die before you annuitize; that is, before you begin to receive payments from your annuity, presumably at retirement.

When you use a nursing home waiver, you won’t be charged surrender fees and you’ll be allowed access to some, or all, of your annuity if you’re confined to a nursing facility. You’ll need to submit written confirmation from the nursing facility and your physician.

Your annuity might contain a provision that waives surrender charges if you become terminally ill, thus allowing you access to your money when you may need it most. While the definition of terminally ill may vary slightly from company to company, it’s generally a condition that will result in your death within six months to a year.

As with the nursing home waiver, an insurance company will want certification from your doctor (and perhaps from their doctor as well) that your life expectancy is indeed a matter of months.

The risk of disability is greater than the risk of death at all ages between 20 and 65. That said, it makes sense to protect yourself financially if you do become disabled, and that includes annuity considerations. Unfortunately, only 20 percent of fixed annuities and only two of the 10 top-selling variable annuities offer a disability waiver, according to Beacon Research and Morningstar Annuity Research Center.

Do you have a waiver?

It’s important to read your policy to find out if your annuity contains any provision that allows the surrender or withdrawal fee to be waived or reduced. It may contain some, all, or none of these waivers. It might even contain changes not mentioned above.

Actuaries determine insurers’ costs for providing waivers, so if your annuity doesn’t have any waivers at all, it’s because the cost of providing them was never factored into the annuity’s administrative fees. It’s always worth a call to your insurance company to find out if they will add a waiver. Some smaller insurers might be more willing to accommodate such a request. Your age and health could be a consideration, too.

In most cases, there’s no extra charge for waivers because they’re built into your contract when you purchase it. But you may face a 10 percent federal tax penalty if you withdraw money before age 59 ½, depending on the situation. Check with your tax adviser.