You may think Dad is tops, but an analysis of federal labor statistics shows that his work around the house probably isn’t worth nearly as much as Mom’s. The tasks we associate with fatherhood simply don’t have the same cash value as jobs performed by mothers.

We took a look at the duties a typical father might have and what it would cost to hire outside help to accomplish them. (See tasks and compensation below, based on Bureau of Labor Statistics data.) 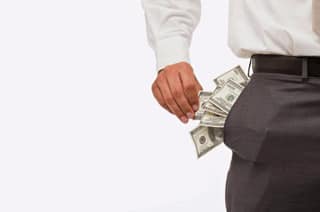 The value of Dad’s domestic duties over the course of a year is $20,415, compared to the $61,436 you would have to pay to have someone pick up the jobs commonly handled by moms. From barbecuing to tinkering with the car to acting as a handyman, the domestic labor we think of as belonging to Pop could be done for just 33 percent of the cost of hiring someone to perform all the cooking, driving, child care and housekeeping attributed to mothers. (See Insure.com’s Mother’s Day Index.)

Is Dad a loafer?

If this makes the modern dad seem like a loafer, note that his worth at home really hasn’t changed much over the past decade. In 2000, in same duties were worth $16,279. According to the Bureau of Labor Statistics, the increase from then until now has been only slightly above the rate of inflation.

Yet those figures ignore the intangibles. Statisticians don’t track the value of a well-caught pop fly, or the slaying of edge-of-the-bed monsters.

Giving fathers the benefit of the doubt, we came up with a variety of extra jobs that he might handle. They include changing flat tires, coaching sports teams, telling stories about “the good old days” and laying down the law to misbehaving youngsters. Throw in pay as an audio and video technician — to cover his penchant for hogging the TV remote control — and it brings his total contribution to $51,208.

That’s a big improvement, but still only 83 percent the value of tasks commonly performed by mothers.

Despite their lower value in the domestic labor market, outside the home men remain dominant. Women make just 78 cents for every dollar a man earns, according to the Census Bureau. Over his lifetime, an average man earns $434,000 more than an average woman.

Married couples are less likely to seek life insurance quotes for wives than for husbands, says Retzloff. In reality, it’s important for both parents to have life insurance, especially when you consider how a typical family could be impacted by lost wages if either spouse died.

“When we ask households why they buy life insurance, the top two reasons are income replacement and to pay final bills and expenses,” she says.

Dad trapped by an outdated image

Donald N.S. Unger, author of Men Can: The Changing Image and Reality of Fatherhood in America, says there is a good reason why Dad is not more active on the domestic scene. Often both parents are trapped in an outdated concept of men as breadwinners and women as homemakers.

“At this point what women really need is for men to be doing more at home,” Unger says. “It also means giving territory up, which is psychologically hard. Even if you are overworked, you don’t want to give up ground.”

Although dads are cheaper to replace in terms of household duties, they remain highly important as protectors, providers and creators of stability, says Margaret J. King, director of the Center for Cultural Studies & Analysis in Philadelphia. “Dad is wired to deal with the outside world. The ideal dad deals with threats to our well-being.”

Amy McCready, founder of Positiveparentingsolutions.com, a parenting education website, says she sees dads gradually “moving in the right direction” by taking on more duties at home. In the mid-20th century, fathers were expected to provide financially for their families and leave the rest to Mom.

“That is not the measure of a successful dad anymore,” McCready says. “Now it is, ‘What kind of a relationship do you have with your kids? Are you someone your kids want to confide in and hang out with?'”

OK, so dads don’t always pull their weight around the house. But many dads are exceedingly good at play, the fun part of parenting, stresses Michele Borba, an educational psychologist and contributor to NBC’s “Today” show. Dads have a higher tolerance for the disorder children often crave.

A big part of a father’s job is helping us build good childhood memories while occasionally looking the other way. “What they do in some ways is priceless,” Borba says. “It is the tickling and throwing kids up in the air. And they are not so worried about you getting dirty.”

The Father’s Day Index: Dad’s worth this year