Your father may be your hero, but his value takes a hit when we look at tasks he does around the home, according to Insure.com’s 2012 Father’s Day Index.

The index, which takes a look at jobs associated with fatherhood, found that the paycheck for Dad’s domestic tasks this year would be $20,248.

Insure.com’s recent Mother’s Day Index placed the value of Mom’s role at home at $60,182. The tasks we associate with fathers — like handling family finances, moving furniture, removing pests and mowing the lawn — could be done for just 34 percent of the cost of hiring someone to perform all the cooking, driving and cleaning done by Mom.  See Dad’s tasks and compensation below, based on Bureau of Labor Statistics (BLS) data. 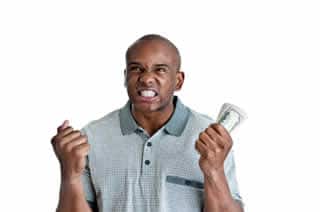 Insure.com’s wage analysis can’t measure the value of pushing a swing or carrying someone on your shoulders. Yet those experiences form the priceless memories of childhood.

Also, dads often are the primary breadwinners through their work outside the home. The Institute for Women’s Policy Research says female workers are fighting a gender gap in the workplace. On average, they earn only 77 cents for every dollar earned by men, the institute reported in 2010. That’s why it’s important for fathers to carry adequate life insurance. When a father dies unexpectedly, most female heads of households find it difficult to match his earning power.

Like women, men today are struggling to balance the demands of a changing workplace with the challenges of raising children, says Bruce Linton, author of “Becoming a Dad: How Fatherhood Changes Men.” A marriage and family therapist, Linton says moms and dads are evolving as they share the duties of earning a living while caring for homes and families. Many men have come to realize that it is more fulfilling to be a good husband and father than to be a success in the workplace.

Despite a value of little more than $20,000 around the house, fatherhood “opens men up to a greater potential for what they can be in the world,” Linton says.

“The fact is that fathers are more than just a paycheck,” Ruskin says. “Being a man means that you are supportive of your spouse and your children’s life journey.”

Linton sees a new “glass ceiling” – this one for men.

“I think the glass ceiling for men is the world of the home,” says Linton “There has been a movement going on for the last 25 years or so for dads who not only want to be able to bring home the bacon, they actually want to be able to sit down at the table and eat it with their family.”

Many men who were compelled by circumstances to help care for their children now enjoy their domestic lives, he adds. “It may have started out as a necessity to be more involved with the home. What I see is men who actually become very attached to being with their children and see the value of that.”