Who will take care of you during your twilight years?

Who will take care of you when you hit your twilight years? If you don’t have a clue, you certainly have lots of company.

You won’t be able to rely on standard health insurance or Medicare to meet long-term care costs as you age. Even so, roughly 75 percent of Americans never have had a conversation about long-term care with their family. And another 70 percent say they have no idea what they would do if a loved one suddenly need long-term assistance, finds Genworth Financial’s 2011 Financial Reality Check Study.

In this case, ignorance is not bliss, but rather a potential one-way street to the best nursing home care for which the federal government — or, to be more exact, Medicaid, the health care program for the poor — will pay.

Fortunately, there is nothing inevitable about such a gloomy scenario, provided you plan ahead. And that means locking in long-term care insurance years before you desperately need to use your policy, contends Tom Day, director of the Utah-based National Care Planning Council. 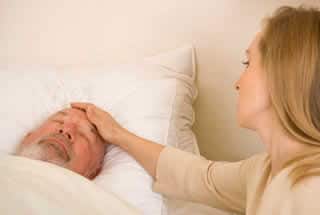 “Now more than ever, I am amazed at how many people don’t have a plan,” says Wendy Boglioli, national spokesperson for the long-term care division of Genworth Financial.

When is the right time to take out a long-term care policy? The sooner the better, with your early 40s a good time to nail down coverage, says Boglioli.

That might seem early, given that it could be 40 years before that policy becomes crucial. However, the younger you are and the better your health, the more likely you are to find insurance to meet your long-term needs. (Read more about the basics of long-term care insurance.)

Boglioli bought a policy with her husband more than a decade ago when she was 42. “You will never be better than you are today,” says the former Olympic swimmer and gold medal winner. “And you will never be younger.”

If you put off a decision on long-term care, your rates will only escalate, with a significant bump after age 60. And if you wait until your 70s or develop serious health problems, you are likely to be out of luck, says Day.

Additionally, if you wait too long, your ability to make a good decision may deteriorate. A recent study co-authored by Michael Finke, an associate professor at Texas Tech University’s financial planning department, found that your ability to make financial decisions peaks in your late 50s and starts to go into a decline in your 60s.

Knowledge of basic money matters, from credit to investments, starts to fall by 2 percent a year from age 60, according to the study.

“It is a really a shame we have to make so many complex decisions in our advanced age,” Finke laments.

Despite all the effort to get the word out about the need for long-term care planning, Americans remain resistant.

“A small segment of the population is concerned about the need for long-term care, but a lot of people just don’t care. Maybe it’s human nature, but they just don’t want to act on it right now,” says Day.

It’s not that families are ignoring their finances. Eighty-nine percent of those surveyed by Genworth say they have had at least one discussion about financial goals in the prior year. But facing up to the inevitable facts of aging and the need for long-term care is difficult.

“A lot of people don’t seem to like to admit they are going to decline in their 70s and 80s,” Finke says.

If you need long-term care and you don’t have insurance, there are only three ways of paying: The money will come out your own pocket, your family members’ pockets or from the government through Medicaid. And to be eligible for Medicaid, you first will have to burn through all of your assets, Boglioli says.