I’ll take care of me: Self-insuring for long-term care

Self-insuring might work if you have plenty of assets and a carefully thought out financial plan. But it’s not a decision to be taken lightly just to save money on long-term care insurance premiums. 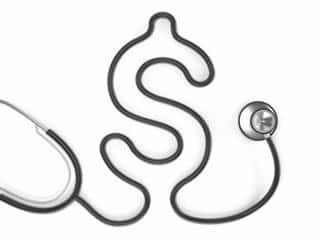 Here are six pitfalls to avoid.

Don’t fall into the trap of thinking you can self-insure because you probably won’t need long-term care.

Dennis Hebert, a Certified Financial Planner in Liverpool, N.Y., says his dad helped care for three relatives who required long-term care at the end of their lives. Together, their care cost $800,000. Yet Hebert’s dad insisted he would never need long-term care, figuring he would live independently until the day he died peacefully in his sleep.

“He still believed it would never happen to him,” Hebert says. Unfortunately, his dad now lives in a nursing home.

The odds of needing long-term care at some point after age 65 are about 70 percent, according to the National Clearinghouse for Long-Term Care Information.

Medicare and private health insurance generally don’t cover long-term care, which pays for help with the activities of daily living, such as eating, getting to the bathroom and getting up from a chair.

A lot of people end up deciding to self-insure after they get a pricey long-term care insurance quote, says Christopher Abts, founder and president of Cornerstone Retirement in Reno, Nev., a retirement and estate planning business.

“They’ll meet with a long-term care insurance agent, get a quote for a Cadillac policy with all the bells and whistles, and then put it in a drawer,” he says. “They missed a few steps. Because the stakes are so high, it’s about more than getting a quote. You have to look at the big picture.”

Unless you have minimal assets besides a home — less than $80,000 if you’re married and less than $30,000 if you’re single — the Life and Health Insurance Foundation for Education (LIFE) says you need to think about how to protect them if you require long-term care.

Abts recommends doing a thorough financial review. That means taking a look at how much income you’ll have in retirement — including Social Security, pensions and retirement accounts — and evaluating how much income you’ll need to maintain the lifestyle you desire. Don’t forget to account for all the expenses you will face, including out-of-pocket medical costs, such as health insurance deductibles, co-payments and premiums for Medicare coverage.

Only after a thorough review can you begin determining whether you have enough left over for long-term care.

3. Underestimating the cost of long-term care

Keep these facts in mind when estimating how much to save:

5. Leaving too little behind for the surviving spouse

Hebert says a key question to ask is, “Does anyone depend on my income or assets?”

If you spend all your long-term care savings and still need care, you’ll have to dip into other savings. If you’re married, you have to spend down your assets to a certain level before you qualify for Medicaid — the federal and state health care program for low-income people — to pay for long-term care.

Under 2012 federal guidelines, your spouse can have up to $113,640 in resources (as well as a home, car and personal belongings) and up to $2,841 in monthly income for you to qualify for Medicaid. States can set their own eligibility levels, but they can’t exceed those federal guidelines.

If you do meet Medicaid eligibility requirements, your finances may not allow your spouse to maintain the lifestyle you both had planned.

“It often means moving to [a cheaper place in] a new neighborhood,” Abts says.

Consider other ways to pay for care.

Kemple says one alternative for high-net-worth or uninsurable clients is to purchase a variable annuity with a disability rider. Prudential, for instance, offers a product called Lifetime Income Accelerator that doubles the annual income from a variable annuity if the investor becomes disabled.

Regardless of what you decide, remember to look at the big picture, Abts says.

“Long-term care is not something that can be addressed in a bubble all by itself,” Abts says.