Auto insurance has two new and dangerous words, says consumer advocate Robert Hunter: price optimizationor, as he jokingly refers to it, getting “P.O.ed.”

It’s a practice among some auto insurance companies to identify the customers least likely to comparison shop for new auto policies, and charge them higher rates, just because they can.

As the director of insurance for the Consumer Federation of America (CFA), Hunter says this practice squeezes more and more premium dollars from loyal, long-term customers who pay more than others for the exact same coverage because they are unwilling, or unable, to shop for lower-cost car insurance.

These customers could be: low-income people with hardly any shopping skills and/or language difficulty; older persons unable to log on or navigate online; those wary of insurers, due in part to past run-ins or because of bad driving records; or individuals with multiple policies such as auto, home and life that are bundled together with one insurer.

No matter what the circumstance, price optimization is “classic unfair discrimination,” says Hunter. “Strategies like price optimization weaken the buyers’ position … and make them more susceptible to overpaying for car insurance.” 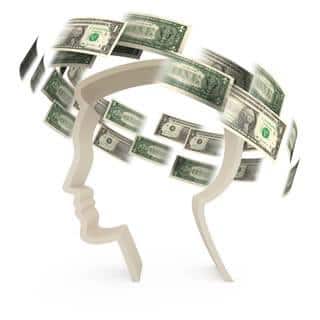 “This is a CFA-contrived scandal,” says Robert Hartwig, president of the Insurance Information Institute and an industry spokesperson. “There is a record amount of competition for your car insurance dollar, and anyone who isn’t competitive will be driven out of business.”

Car insurance costs grew slightly more than 4 percent in the 10 years between 2002 and 2012, he points out, while the Consumer Price Index rose almost 28 percent.

But price optimization has become a well-developed strategy. By using their enormous computer firepower, insurers can segmentcustomers by education, credit report, home ownership and age, as well as additional criteria.

Certain customer segments are willing to pay more and less willing to shop around than others. And according to a Deloitte Consulting study, 60 percent of car insurance customers almost never comparison shop.

A report on the North American market by Israel-based insurance consultant Earnix claims that half of all large U.S.-based car insurers engage in these “segment-level demand models to estimate the effect of rate changes” on customers. Earnix did not respond to requests for comment.

When insurers identify segments vulnerable to price increases, the process is the same as boiling a frog in water in an open pot without it jumping out. Raise the temperature a few degrees at a time and the frog won’t notice until it’s cooked.

Earnix’s 2011 webinar, titled “Insurance Price Optimization: Keys to Success,” suggested taking a small sample from one of these vulnerable groups and raising the premiums on the first tenth by 0.5 percent, the second tenth by 1 percent and the third tenth by 1.5 percent to gauge how high you can go before the customer “jumps.” Then an insurer knows how much to raise this group’s prices.

Insurance analyst Mike Fitzgerald of Celent, an international research firm, says that the Earnix report is meant for the European market, which isn’t regulated the same way as the U.S. market is by state insurance commissioners.

“Here, rates have to be approved by state regulators or insurers can only raise them within defined limits,” says Fitzgerald.

These rates reflect the actual riskthat car insurers face when they insure a group such as teenagers, who have more accidents than drivers over age 25, so insurers are totally within their rights to “match the claims they rack up to the price they pay,” says Fitzgerald.

So how would you know if your insurer is charging you more because you are in a certain group — or just because they can get away with it?

Insure.com’s car insurance discounts tool gives an overview of the discount landscape among large insurers in each state.

Changes in the way the National Association of Insurance Commissioners (NAIC) provides guidelines to regulate the U.S. market could be in the offing. One proposed document includes “new language that appears to open the door to new pricing schemes such as price optimization,” warns California Insurance Commissioner Dave Jones in a letter directed to the president of the NAIC.

But a spokesperson for Jones says that “we have not identified any specific instances of price optimization” in California, which is the nation’s largest insurance market.

Not even a blip on the radar

The CFA’s Hunter has asked every state insurance commissioner if insurers are using price optimization. But Executive Director Birny Birnbaum of the Center for Economic Justice says it wouldn’t even be a blip on the regulators’ radar screen.

If regulators can’t tell, then how can the consumer? If there’s an increase in your rates — and you haven’t had an accident or claim — you probably won’t know if the increase is due to general annual increases or price optimization.

But what you can do is shop around. “Shopping will help insulate you from being P.O.ed,” says Hunter.