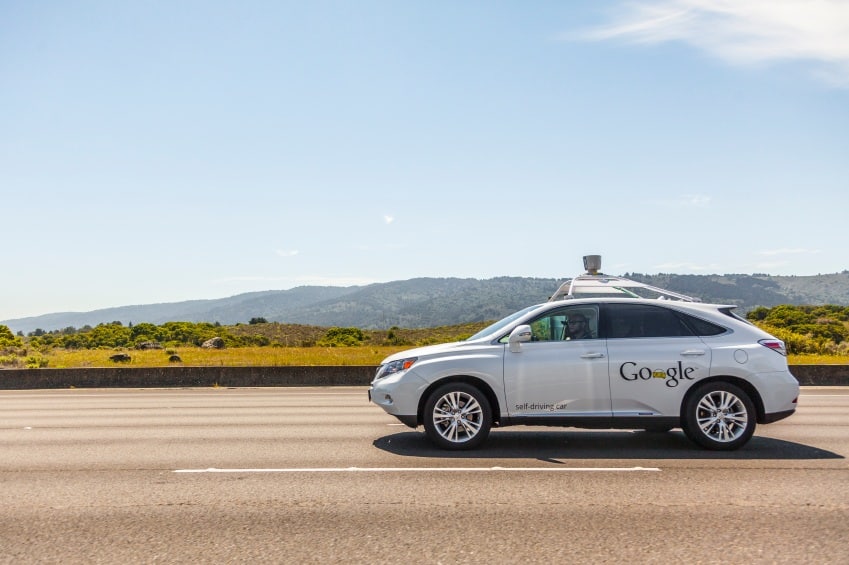 Driverless automobiles are not new. Before Google began testing its line of self-driving cars, the Houdina Radio Control Co. demonstrated a driverless vehicle in New York City, using radio signals to guide it through traffic jams on Broadway and Fifth Avenue.

Nine decades later, a car in motion without a person behind the wheel remains a rare sight. But that may change soon. In addition to Google, heavyweight companies including Tesla, Uber and Mercedes-Benz are investing heavily in technologies that aim to remove the most unpredictable and dangerous element of the automotive experience – the human driver – and replace it with computer systems that whisk passengers safely along the world’s thoroughfares.

Experts claim autonomous systems could make cars dramatically safer and also bring some ancillary benefits, such as lower consumption of fossil fuels and more affordable auto insurance rates. But like most major shifts in the American travel landscape, such as the advent of the automobile itself, any benefits that come with a switch to driverless cars will undoubtedly be accompanied by some drawbacks. 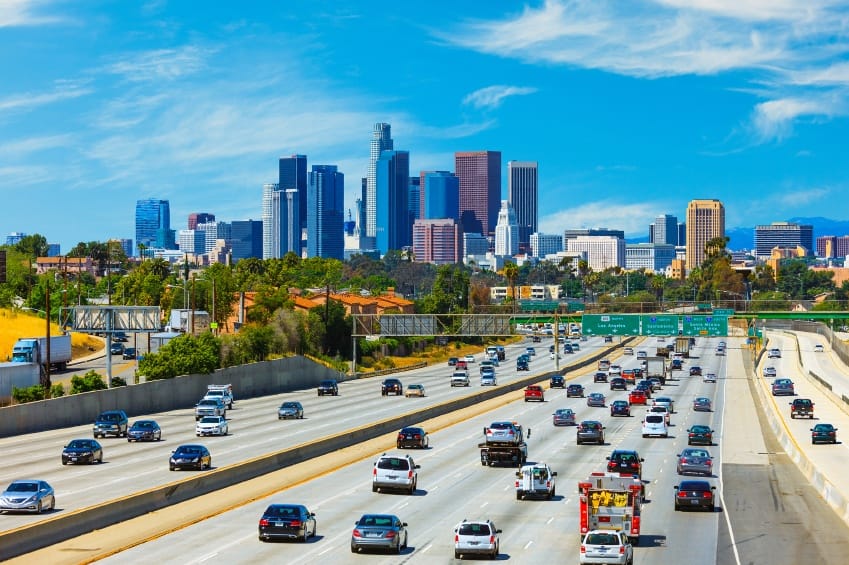 There were 32,719 fatalities from motor vehicle crashes in the U.S. in 2013, according to the National Highway Traffic Safety Administration. Another 2.3 million people were injured. (This is not the delightful part.)

Autonomous cars avoid the habits that commonly lead to accidents – driving too fast, following other cars too closely, not checking a blind spot – because they are programmed to observe best practices in driving safety. Representatives from Google’s self-driving car project say the data confirms that its computer-driven cars operate more smoothly and more safely than their human-piloted counterparts.

“I think by far the greatest benefit (of autonomous cars) is a dramatic reduction in deaths and injuries,” says Don Norman, author of the book “The Design of Future Things” and director of the Design Lab at the University of California, San Diego, in an email interview. “Even imperfect automation will be superior to imperfect human driving.” 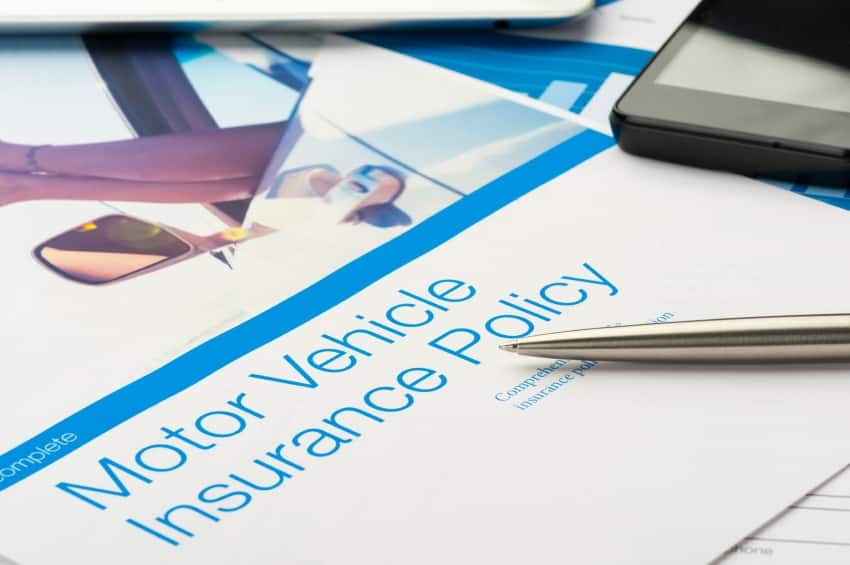 Computers are designed to make fewer mistakes than humans. So think about what will happen to your insurance policy when your car – and perhaps all the cars around it – are far less accident-prone.

Hilary N. Rowen, partner at Sedgwick Law LLC, has dealt extensively with the insurance issues around autonomous cars. She says it’s unclear exactly how sharply car insurance rates will change during the initial years of autonomous car development – it will take time to fully understand how autonomous cars will affect accidents rates and repair costs, particularly when they’re mixed in with human-driven cars – but that the eventual trajectory is likely to please fans of cheap car insurance.

“In the longer term, the prospects for reduction in the incidence of accidents and resulting insurance claim costs are quite good,” says Rowen in an email interview.

Penny Gusner, consumer analyst for Insure.com, adds that autonomous cars could even shift accident responsibility from vehicle owners to other entities once humans are no longer in charge of the wheel.

“When you think about it, it makes little sense to hold a car owner accountable when he had no fault in an accident,” says Gusner. “But it then begs the question of who will be accountable for damage: Car manufacturers? Component makers? Someone else? It’s something the insurance industry is going to need to figure out. This is likely to change the way accidents affect insurance rates.” 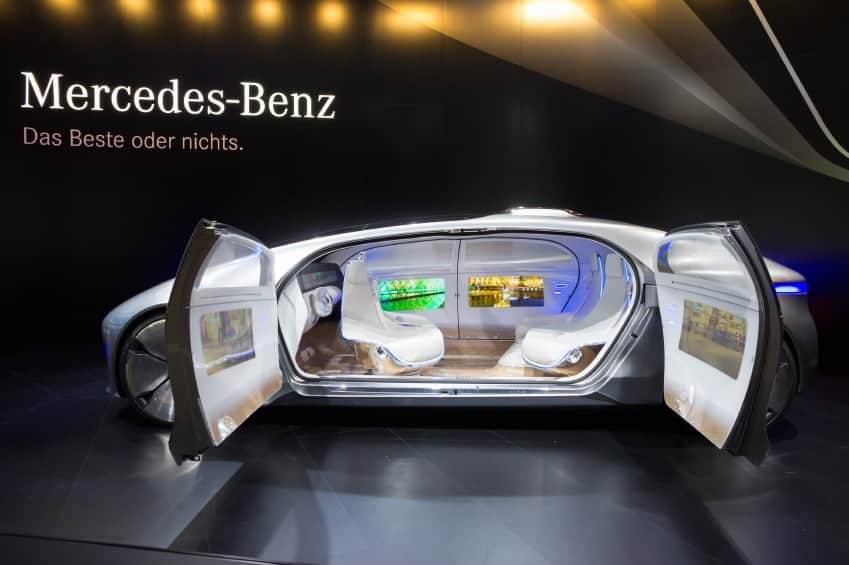 Imagine that during your morning commute, you were free to answer emails instead of staring at the bumper of the Toyota Yaris in front of you. With autonomous cars, that will be possible – and it’s only the start.

Norman says that autonomous cars may dramatically change the routines of people who were formerly forced to manipulate a steering wheel for minutes – if not hours – every day.

“With automation, that time can be used for work, socializing, relaxing and even sleep,” he says.

For parents struggling to find quality time, that 45-minute commute in the morning that includes dropping kids off at school could turn into 45 minutes of playing board games, helping with homework, or discussing the day.

Without siblings slap-fighting in the backseat while a parent barks, “Stop it, or I will turn this car around,” family road trips would never be the same. 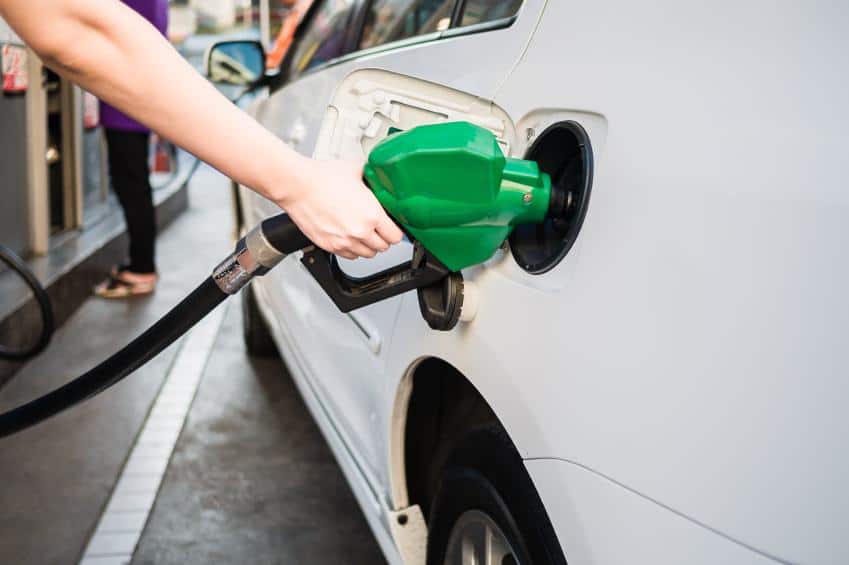 Remember Google’s claim that humans are imprecise drivers when compared to their computers? Those same shaky human habits are also costly when it comes to fuel consumption. Drivers who accelerate too hard and brake needlessly (perhaps you’ve seen them) burn more fuel than drivers who are lighter on the gas and brake pedals. But even the best human drivers are likely to fall short when compared to the rigorous perfection of computer systems.

A report from the Intelligent Transportation Society of America projects that intelligent transportation systems could reduce oil consumption by 2 to 4 percent over the next 10 years. That may seem modest, but given that U.S. vehicles consume roughly 378 million gallons of gasoline each day – or about 137 billion gallons a year – a 4 percent reduction would mean about 5 billion fewer gallons of gasoline consumed in the U.S. each year. 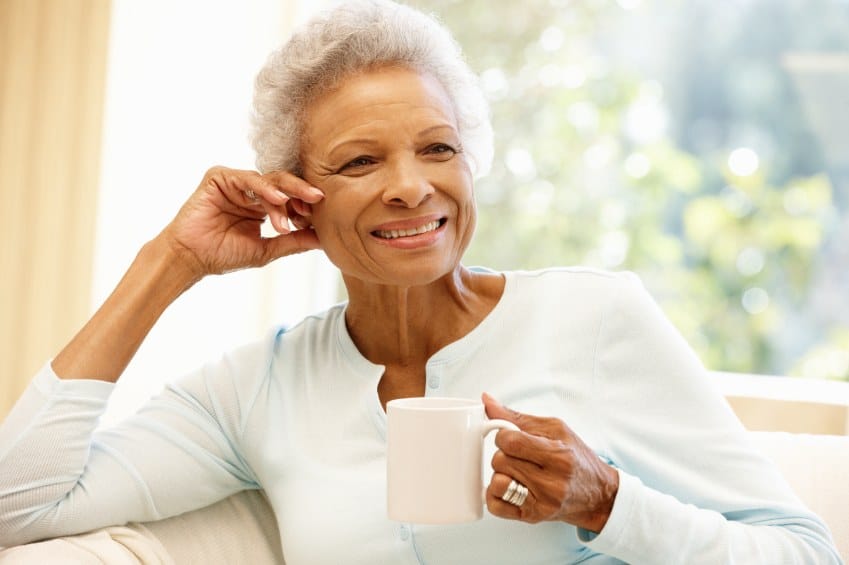 Yes, people who are blind, disabled or otherwise not permitted to drive have always been able to call a taxi (or, as of late, an Uber driver) when they need to get somewhere. But autonomous cars will make it possible for these people to own a car that’s dedicated strictly to their daily pursuits – no chauffeur required.

Imagine the quality-of-life improvement to those senior citizens who are unable to drive and take public transportation for their medical appointments and prescription refills. In some cities, mass transit routes including multiple stops could take hours out of the day. Autonomous cars could give back much needed time, energy and independence. 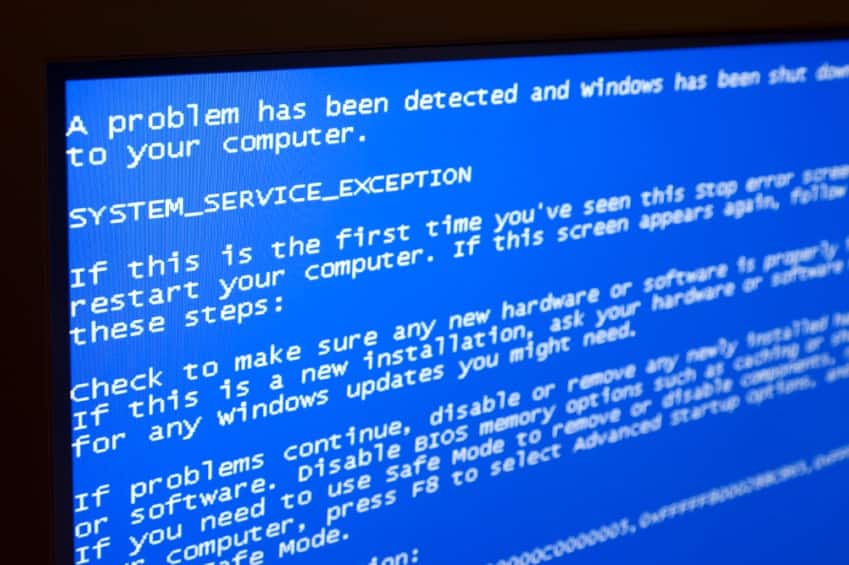 Now for the bad stuff.

You have likely felt the despair that comes from your laptop or phone locking up or shutting down at inopportune times. Now imagine how it would feel if a glitch of that sort left you stranded on a desolate highway – or, worse yet, hurtling toward another vehicle.

Given the staggering liability and reputational concerns, it’s unlikely that any manufacturer would rush an autonomous car with glaring software shortcomings onto the market. However, there will certainly be some unforeseen problems of this sort, says Norman – and some of them will be fatal.

“Fully autonomous cars will save tens of thousands of lives per year, but there will still be accidents and deaths and some of them might be larger than we have today (involving many automobiles),” says Norman. “There will be public outrage at the accidents. People will forget that 25,000-plus lives are saved a year and complain about the small number of crashes that take multiple lives.”

Distressing: A dangerous mix of human- and computer-guided vehicles 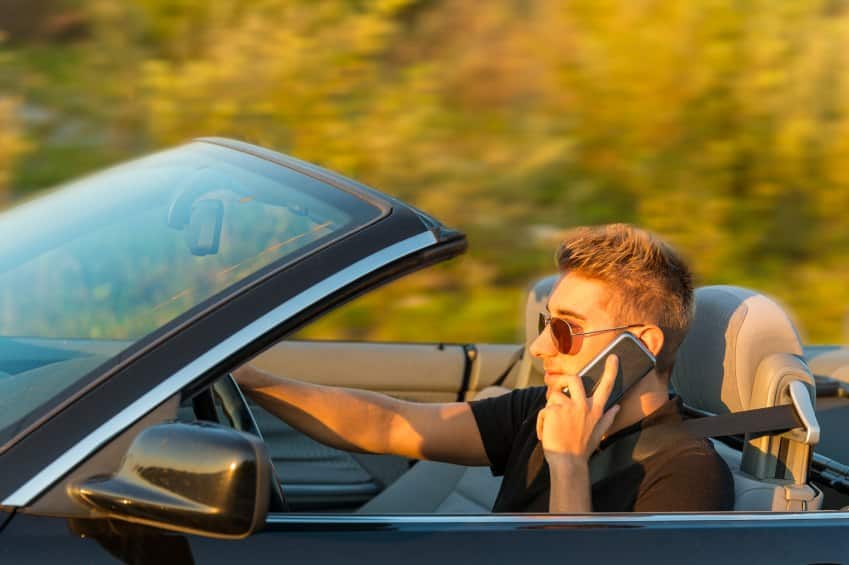 Someday, every car on the road may be a self-driving car. But before then, there’s likely to be a long period in which some cars are guided by humans and others are guided by computers.

Google has confirmed that its driverless vehicles have been in some crashes. But in every case to date, the company claims a human driver has been at fault.

So why worry about the autonomous cars? It’s possible that the hyper-safe driving style of computers – the type that makes autonomous cars likely to slow for an obstacle much sooner than a human driver who is late for work – might mix poorly with all those impatient humans out there.

There may also be some human drivers who, upon noting self-driving cars’ unrelenting focus on avoiding collisions, might make some bolder lane changes when in their vicinity. 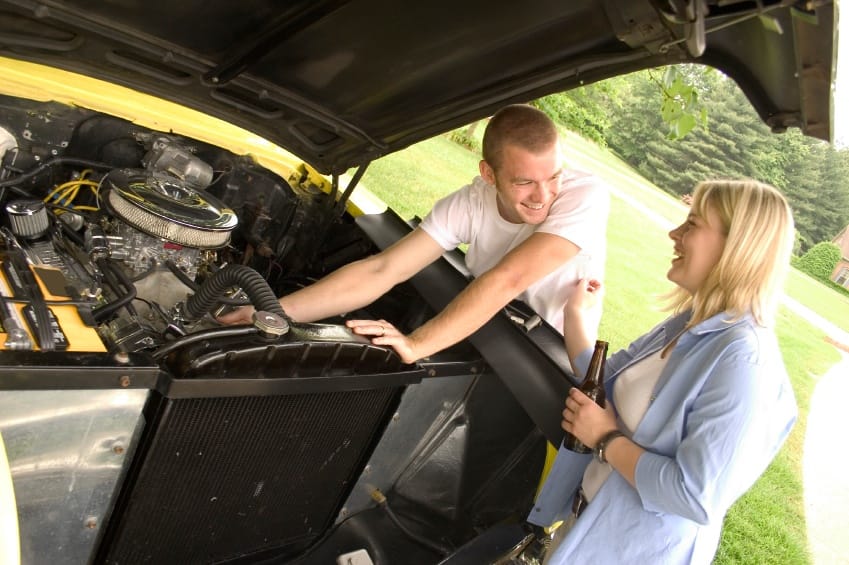 There was a time when backyard mechanics could plunge confidently into the workings of their automobiles. In doing so, these people forged a connection with their cars that went beyond simply relying upon it for the daily commute.

Those days are all but gone. Today’s cars are laced with technology that resists shade-tree overhauls, which reduces the number of people who are willing to spend a Saturday afternoon exploring their car — and building that connection.

When autonomous cars become standard, and drivers do not personally maintain nor steer their vehicles, expect that connection to grow fainter still. 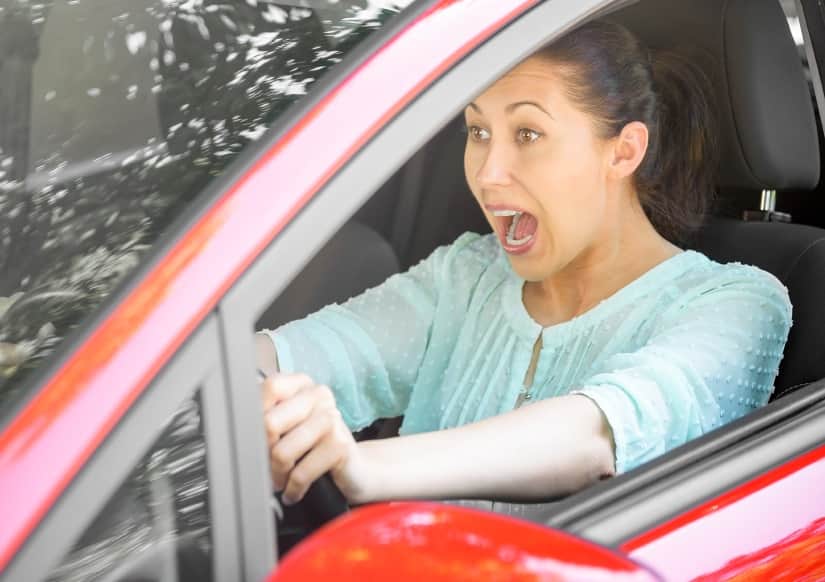 A train is hurtling toward five people who are tied to the track. You can throw a switch to divert the train onto another track, but it will hit a worker who happens to be standing on the other track. Do you do nothing and let the five people die or throw the switch and send another man to his death?

For autonomous cars, these philosophical games may be more grounded in reality. For instance: When moving unavoidably toward a collision with another car, should an autonomous car protect its passengers by steering onto a sidewalk and potentially striking pedestrians?

Norman says that while these scenarios have received a lot of scrutiny in the discussion of autonomous cars, it likely won’t be hard to develop sensible protocols.

“These are Philosophy 101 problems, and they have long been addressed in the training of commercial drivers,” he says. “The solution will be legal guidelines. I suspect the proper solution is to bypass the complex ethical game-playing, involving comparisons among situations where the relevant information often cannot be known at the time the decision must be made.”

Ultimately, though, only time will tell how adept computers can be at making complex decisions in moments of driving peril.

Distressing: The extinction of driving pleasure 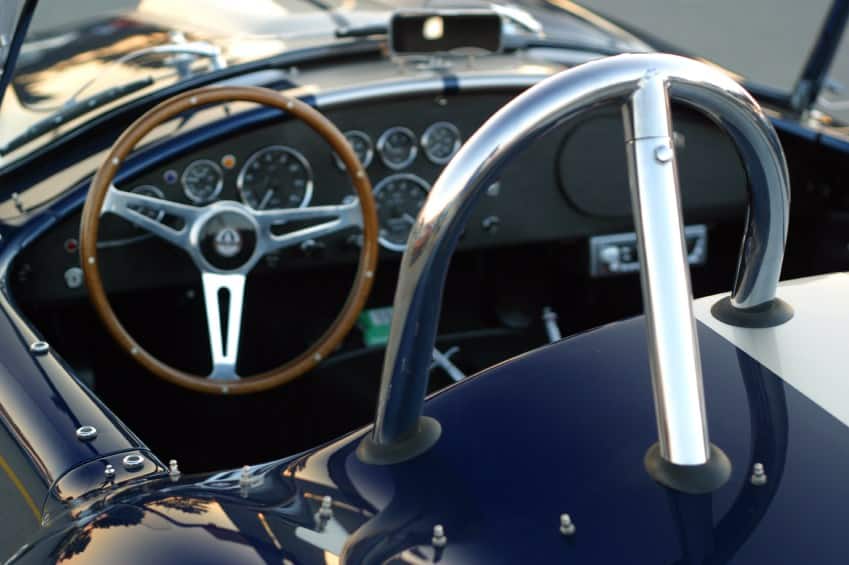 Driving can be fun, and there’s probably never been a better time to be a driver than today. On the whole, today’s cars are more powerful, agile, safe, and reliable than any generation of vehicles that came before them.

It’s a sad irony that this crop of incredibly fun-to-drive machines exists at a time when many car companies are increasingly focused on ways they can remove drivers from the automobile equation.

Still, says Norman, it may be a little premature to write the obituary of the human driver.

“Although autonomous cars are now capable of doing 90-plus percent of the driving, that remaining small percentage is extremely difficult,” he says. “Marketing departments of automobile companies are far more optimistic than the engineers, and they are far more optimistic than the design community and the social scientists who know that the most difficult challenges come from human behavior, not from technical aspects.”

So how long will it be before the first fully autonomous vehicles hit the market?

“I think the time is still measured in decades,” Norman says. “At least one decade, if not more.”