How to convince health insurance plans to pay for autism treatment

If you have a child with autism, you may feel helpless if your health insurance company says it won’t cover treatment. But with the astronomical costs of treating autism, you may want to try to convince your insurer that it should be covered. 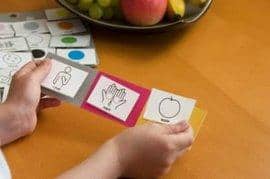 The Centers for Disease Control estimates that roughly 1 in every 110 children, or about 1 percent of children in the United States, suffer from ASDs.

A cure for autism doesn’t exist, but its symptoms can be improved through behavioral treatment. Researchers believe that it originates from both genetics and the environment. Families with one autistic child run a 5 percent risk of having a second child with the disorder, according to the National Institutes of Health (NIH).

When autism is diagnosed and treated early, its symptoms can be controlled as children enter adulthood.

Autism is typically treated with therapies and behavioral interventions that target its symptoms, according to the NIH. Early intervention includes:

A debate rages over whether health insurance coverage should pay for autism treatment.

“It is really a complicated issue,” says J.P. Wieske, executive director of the Council for Affordable Health Insurance (CAHI). “You can compare autism to Down syndrome and other disorders, and many of the behavioral treatments fall into the same category. Even adults who suffer strokes who need speech treatment and other therapies related to recovery find that those treatments and therapies are not covered by health insurance. Those treatments are typically covered under a long-term care policy. You can make the argument that everything is ‘medically necessary,’ including behavioral therapy and others, but it is all very expensive and it really does not fall into what would be normally regarded as medical treatment. Speech issues in particular are considered ‘educational.’”

Parents of autistic children have learned that the best way to campaign for coverage with their health insurer is to pronounce it “medically necessary” when seeking treatment.

Jeff Sell, vice-president of public policy for the Autism Society of America, believes that state mandates requiring health insurance plans to pay for autism treatment must stress that autism is a “neurological disorder” and not an emotional or mental health condition.

“The medical community recognized for several years that autism spectrum disorders are not simply ‘mental health disorders’ or ‘emotional disorders,’ but insurers use these classifications to restrict or completely deny coverage for ASDs,” says Sell.

“The chambers of commerce and the insurance companies basically put a shield up to protect small employers from the cost of having to pay for [state] mandates. This is why it is important for all of us to get into a room together and talk the issue out to reach some kind of solution for all sides: the parents affected by autism, the business owner and the insurance company.”

Talk About Curing Autism (TACA), a nonprofit advocacy group, says the lifetime estimated cost for autism treatment per child is between $3 and $7 million. This includes a typical autism-treatment plan such as speech therapy, occupational therapy, ABA, working independently with a specialist on a regular basis and medication.

Health insurers argue that there’s very little need for mandates because most medical treatments for autism are already covered. Those treatments commonly include a medical examination, diagnosis, speech therapy and some short-term therapy programs. But most health insurance plans do not cover medication associated with autism. According to Sell, HMO plans often lack this coverage due to specific exclusions for conditions that are considered: “pervasive developmental disorders, any mental or neurological disorder, or any condition that is considered incurable.”

“We generally believe that mandates are not a good approach because you are forcing people who have a group plan to provide coverage that everyone may not want or need, which artificially raises cost,” explains Wieske. “Proponents believe health insurance companies should assume the financial burden of $50,000 per year per child.”

Wieske says that “for the treatments that insurance doesn’t cover, this is where the federal government should keep their promise to help kids with autism by filling in those gaps, instead of placing it all on one segment of the economy.”

“When you start looking at autism and other conditions where developmental delays are involved, it is very different for autistic kids because you have to start [treatment] so early. Insurance traditionally isn’t responsible for educating our kids and they do not have the right expertise as a social welfare organization,” says Wieske.

Getting health insurance to pay for autism treatment

1: If you have a group health insurance plan, contact your human resources department. Find out if you have a fully-funded or self-funded health plan. If the plan is fully insured, it is required to follow state mandates. CAHI has a list of Health Insurance Mandates by State.

2: Have the child’s doctor write a letter to the health insurer using a template that is specific to an autism mandate, if you have one in your state. A good place to start is Insurance Help for Autism or TACA where you can download booklets with helpful advice and resources for writing letters to your insurance company for treatment.

Give the letter to the child’s doctor. Request that the letter use explicit language in the template that refers to the state mandate. Be sure they put it on their letterhead and sign it. The idea is that the medical office will submit it with a referral to your health insurance company. Make sure you have copies and send everything through certified mail. If you don’t hear from your insurer after a couple weeks, call them and follow-up. You want to verify they received your letter and you want to learn the next step in the process.

3: Call your health insurance company and have a case manager assigned to your child. Tell them that you need a case manager because your child has a persistent neurological disorder that requires a specialist.

4: TACA and other sources recommend finding out if your state requires a license for an ABA specialist; not every state does. If your insurance company says it is working on finding licensed ABA providers, and you know it isn’t required in your state, tell them. While talking to your health insurer, do not use the term “therapist,” since this makes them think there is a need for a license. TACA and InsuranceHelpForAutism suggest using terms like “independent ABA instructors” or “instructional assistants.”

5: If the insurer unjustly denies your autism claim, follow the appeals process in your benefits handbooks. If you have an HMO, the insurance company may say they have no in-network providers for ABA and it’s up to you to designate a provider. You can also ask them to do a single-case contract with an out-of-network provider.

6: If your group health plan is self-funded and you’ve exceeded the limit for claims, ask your employer if they have purchased “stop loss insurance” and ask them about the financial threshold. In a self-funded plan, stop loss insurance goes into affect when the financial threshold has been met and then private insurance starts paying claims for self-insured plans. Stop loss protects companies against catastrophic medical claims, so self-funded plans buy this insurance to cover medical liabilities above a specified level. If you’ve reached the threshold, ask for the private insurer’s contact information and ask your company to submit the claim on your behalf.

7: Keep notes of every conversation you have with the insurer including the time and date you spoke with a representative, the person’s name, their phone number and extension, and what was discussed. You may need this information later to make an appeal.