Sending a child off to college is often a very emotional experience for parents. They worry how their child will adjust: Will they do their homework? Will they eat properly? Will they get enough sleep?

And what if they get sick while away at college? Many colleges and universities offer student health insurance plans, but these policies have come under fire for often being inadequate and costly. 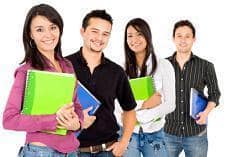 The office of New York Attorney General Andrew Cuomo says that about 1,000,000 college students nationwide have health insurance through a school-sponsored plan, and annual premiums range from less than $100 to more than $2,500.

Cuomo’s office investigated some of these plans and found many to be “inferior,” with very low coverage limits and high costs, which puts families at risk of financial disaster. Problems include:

In addition, student health insurance plans generally do not cover treatment for medical problems that often affect college students, such as injuries from sports or intoxication.

Jake Baggott, assistant to the chancellor at Southern Illinois University, has spent 25 years working in the student health center and is also chair of the American College Health Association’s (ACHA) Advocacy Coalition, which has been an advocate for college health since 1920. Baggott agrees with the investigation’s findings — but only to a point.

“The attorney general identified some examples of plans that are insufficient, that don’t provide adequate coverage. But there are many plans out there with low deductibles, high limits, [that] don’t have exclusions, [and cover] prescriptions and mental health, with comprehensive maximums.” Baggott says. “It’s unlikely that anyone is going to get health insurance costs cheaper than what’s found in a student health care plan.”

Baggott says that the examples cited by the attorney general were “not representative of the entire industry” but acknowledges that “there are some institutions that have not developed their plans to that place, for any number of factors.”

He also notes that most colleges and universities now require students to have health insurance, whether private or through the school-sponsored program, and it’s in a school’s best interest to provide good coverage for its students.

Colleges vary in their offerings, with some offering comprehensive plans and others giving only a bare-bones policy option. Also, some schools have student health centers where students can get routine care for colds and minor injuries, flu shots and other minor treatments.

More students may be turning to school-sponsored health coverage. Due to recent economic and employment challenges among parents, many college students don’t have access to health insurance coverage through their parents. The health reform law stipulates that insurance companies extend coverage to adult children until age 26 who are dependents on a parent’s insurance plan, beginning in September 2010 — but for those who aren’t on a parent’s plan in the first place, this provision will make little difference. And that’s where a school health plan might come in handy.

While there is currently no way to enforce the level of health insurance plans offered by universities and colleges, the ACHA does publish guidelines that many schools use when choosing which plan to offer students. Known as the Standards for Student Health Insurance/Benefits Programs, these guidelines offer insight into what to look for when evaluating a college or university health care plan for students:

Baggott advises students and families to research college health plans even before settling on a school.

“Not everyone recognizes that some institutions aren’t engaged in [health care] at all. When you look at your college or university, see what’s available. Ask, how does that compare to what’s available otherwise? What’s available privately?” he says. “Just be sure you have adequate coverage. Everybody has a different take on what’s adequate. You have to make decisions based on that.”