Insurers are the gatekeepers of health care for most Americans. This arrangement can put investigational and experimental medical treatments out of reach. Unless you are wealthy and can afford to fly to Switzerland for a new life-saving procedure, there is rarely anyone you can turn to who will foot the bill for an experimental surgery, even in the most dire of cases.

Health insurers set the criteria for what is “generally accepted by the medical community.” More often than not, an insurer will deny a request that falls outside of these criteria. For the terminally ill, the window of opportunity for life-saving treatment can close swiftly.

Treatments falling outside the bounds of “generally accepted” include face transplants, weight loss surgery for children and new methods to cure diabetes and cancer. (See list below.)

For some patients with genetic defects and serious injuries, experimental surgeries could mean the difference between living a higher quality life to one that is riddled with pain and disability.

Most everyone would agree that health insurers shouldn’t be expected to cover every medical treatment invented, especially when treatments lack a track record of success. But that leaves scores of effective “experimental” and “investigational” treatments on the outs.

Fox sought approval from her insurer, Health Net Inc., to pay for a $200,000 bone marrow transplant in an effort to stay alive. The insurer called the procedure “investigational” and denied it. Her friends and family then raised funds for the procedure, but it was too late — Fox died in 1993 at the age of 50. Less than a year later, Hiepler and his brother-in-law won an $89.3 million verdict against Health Net for its denial of treatment. Hiepler now devotes a large portion of his practice to managed care lawsuits and patient rights.

“Most patients are not equipped financially and emotionally to fight a long battle in court for a procedure that was denied by the insurance company, on top of their deteriorating condition,” says Hiepler. “Even if the initial surgery was approved, they may be fighting another disease or an infection and cannot afford further treatment. Having to come up with another $100,000 is impossible for them, so when they are denied, they don’t fight the insurer.”

In the case of his sister, Hiepler learned during his court battle that the insurance representative who denied her surgery received incentives for holding costs down — including denying claims.

Hiepler says that when it comes to health insurance denials, the crux of the matter is what “experimental” means in the eyes of the insurer.

Especially infuriating to patients is the knowledge that some of these procedures are widely available and accepted overseas. We went out looking for some of the medical treatments that will likely be denied by health insurers but can be obtained by those with big enough bank accounts or by patients who travel overseas. 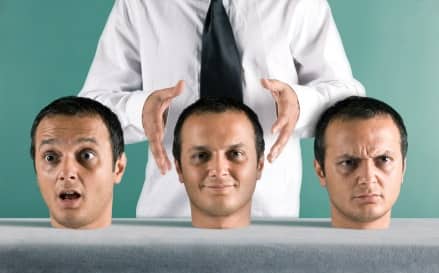 This addresses face disfigurement due to birth defects, burns, accidents and animal attacks. It is an experimental procedure where the patient’s face is removed and replaced (including fat, nerves and blood vessels, but no facial muscles) with the face of a cadaver. The procedure is risky and has raised several ethics issues in the medical community. Patients will have to endure a lifelong regimen of immunosuppressive drugs to suppress their own immune system from rejecting the new face tissue. Immunosuppression increases the risk of developing kidney damage, cancer and severe infections.

This is still in experimental stages. To date, only Australia, China, France, India, the United Kingdom, and Cleveland Clinic in the U.S. have carried out surgeries on patients.

Duodenal-jejunal bypass surgery or Modified Duodenal Switch Procedure: This surgery is for Type II diabetes and blocks food from traveling through the duodenum (the top of the small intestine). The surgery has been successful in sending diabetes into extended remission. It is in U.S. clinical trials and some insurers may cover this procedure. 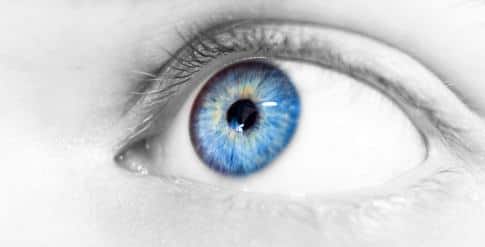 Intraocular lens implant (implantable lenses): This is used to prevent progressive blindness in children and involves implanting permanent contact lenses directly into the eye. This is in U.S. clinical trials.

This is a last-ditch effort to stop the pain of severe chronic migraines. A tiny electrode is attached to a needle and placed under the skin and on top of the nerve responsible for migraine pain. The device continually zaps the nerve with electric pulses that block pain. Using electrodes to block migraine pain is still experimental and the implant costs between $5,000 and $10,000. This is not covered by most insurers and is available in Spain. 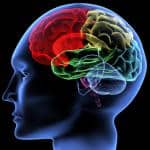 Gamma knife capsulotomy (gamma knife radio surgery, thermocapsulotomy): This is a helmet-like device through which patients receive highly focused beams of heat that destroy tumors and brain abnormalities but spare healthy brain tissue. This procedure is still in investigational trials for Obsessive-Compulsive Disorder (OCD) by the National Institutes of Health and is not covered by insurance.

Obsessions filtered out by magnetic pulses

Transcranial magnetic stimulation (TMS): Magnetic pulses are focused on the brain’s supplementary motor area (SMA), a part of the brain that controls motor functions. The SMA plays a role in filtering out problems such as ruminations, obsessions and tics. TMS attempts to normalize the brain’s motor activity so that it properly filters out thoughts and behaviors associated with OCD or severe depression. Approved by the FDA, it is still in investigational trials.

Olfactory mucosa transplantation: This surgery for spinal cord injuries involves removing cells from the nerve that transmits the sense of smell to the brain. These brain cells, found near the nasal cavity, regenerate efficiently and are then transplanted into the injured area of the spinal cord. The transplanted cells then transform into nerve cells that help repair the spinal cord injury. This is not approved by the FDA and treatment can be obtained only in Portugal.

Natural orifice transluminal endoscopic surgery: Noninvasive organ removal that is performed by passing an endoscope through the mouth, urethra or anus. The surgery is virtually scarless. It’s not approved by the FDA and not covered by insurers. This surgery is being conducted in Brazil and India.

Lap band surgery for minor: This treats severe obesity in children. The surgeon places an adjustable silastic band around the upper part of the stomach to create a new small pouch above the band. The tightness of the banded opening controls the passage of food between the two sections of the stomach and helps patients feel full after eating. The surgery has been approved for adults in the U.S. but not children. For minors, this is available in Mexico and South/Central America.

Treats a crushed spinal cord, cancer, Type I diabetes or muscle damage. It uses embryonic stem cells or master cells that can be harvested and transformed into specialized cells that make up tissues such as muscles, nerves, organs and bones. Stem cells contribute to the body’s ability to renew and repair its tissues. This surgery is being conducted in China, Denmark, Iceland, India, Italy, Korea, Portugal, Spain and the United Kingdom.

Breast cancer patients can expect to pay $80,000 for this procedure.

With non-Hodgkin’s lymphoma, there is 50 percent probability of a disease-free survival rate just over three years after the transplant, according to the Kaplan-Meier survival analysis, which provides survival information. This is a high-risk, expensive ($100,000 to $200,000 price tag) procedure that is often not covered by insurers.

Strategies for getting insurance to pay

If you’ve been told your treatment isn’t covered because it’s investigational or experimental, you may still have recourse. Here are steps for getting your insurer to pay for your treatment.

2. Read the provisions in your insurance contract. Ask the insurance company what other treatments they are most frequently denying as experimental.

3. Ask the insurer to explain what is experimental about this procedure. Keep a record of their response. “Most people think the insurance company is looking out for them, so they look to them as almost an authority on what is the best treatment for them. Don’t fall into this trap,” says Hiepler. “As a rule of thumb, you must challenge authority at every corner. This is especially important when it’s an insurer you’re dealing with.”

4. All health plans have an appeals process that you should follow. Your health insurer will give you information on how to initiate a formal appeal. If you’re not satisfied with that, you can initiate an external appeals process. For more, read the Kaiser Family Foundation’s Consumer Guide to Handling Disputes with Your Private or Employer Health Plan.

5. Write the CEO of the insurance company and tell them who you are, that your doctor recommended this treatment, that it’s medically necessary for your survival, that they have a limited amount of time to approve the procedure, and they have exactly 24 hours to give you an answer. “Force them to make the decision,” Hiepler says.

The first thing they will ask you is if this is an ERISA or non-ERISA case.

“The Employee Retirement Income Security Act (ERISA) limits claims against health insurers to federal court, while also preventing recovery for pain and suffering or punitive damages. Those who buy their own insurance or receive it from church groups or the government are exempted,” he explains. “If you are exempt from ERISA, you have the potential to sue the insurance company for something other than the contract. You can sue them for the hassle and you have a shot at punitive damages by proving that the insurer showed a conscious disregard for the rights and safety of a patient.”

7. When speaking to an insurer, watch your language. “Do not under any circumstances refer to your surgery as ‘experimental’ or ‘investigational’ during the course of your conversation. They are looking for cues to figure out a way not to cover the procedure and language and how the procedure is defined is everything,” advises Hiepler.

Hiepler adds that if your case goes to trial, you have a shot at winning the case if you can prove the original contract was filled with ambiguous language regarding the exclusions of the contract.

“If the denial process is ambiguous and the language in the contract is unintelligible, the insured wins. If there is clear language that specifically excludes the procedure or treatment, the insurer might win,” he says.