So you ring up your birth control prescription at the pharmacy this month and the clerk says “that will be $0.” Cha-ching.You can’t beat that price.

But unfortunately the more common scenario is that the clerk asks for the $10, $20, or $35 co-pay they’ve asked for every month. What happened to the “free preventive care services,” including contraception, that were promised under the Affordable Care Act, anyway?

The Affordable Care Act has been slowly rolling in requirements for preventive-care benefits in which most insurance plans must cover and eliminate cost-sharing for recommended preventive health services, including contraception. (Health plans that are “grandfathered” in don’t have to comply yet.) Zero cost contraception was welcome news to many women. 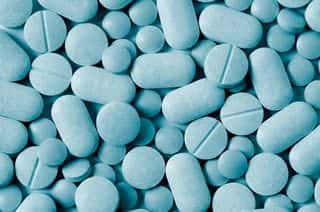 But when it comes to free-contraception benefit, there has been some confusion. It turns out there are different dates for when the contraceptive benefit becomes available.

“Groups that were grandfathered, which meant they had policies in place at the time the law went into effect and they haven’t changed at all in terms of deductibles and co-pays, are exempt from adding the preventive coverage until January 2014,” says Lynda Feder, treasurer of the New Jersey Association of Heath Underwriters (NJAHU) and an insurance broker who works with small employers.

What contraceptives are covered?

There’s also confusion about which contraceptives will actually be free. The Affordable Care Act says “all FDA-approved contraception as prescribed” should be covered. However, many women are finding that their insurers cover only a few contraceptive choices, or cover only generic prescriptions, or haven’t renewed the policies yet and so the benefit hasn’t kicked in.

Recently the government came out with a clarification because some health plans were covering only one method, explains Alina Salganicoff, vice president and director of women’s health policy for the Kaiser Family Foundation. For example, Salganicoff has heard about many instances of Nuva Ring, a hormonal device, not being covered.

“People need to be aware of this and contact their insurance company and let them know that there has been a clarification in the policy,” says Salganicoff, especially if their insurer says it only offers generics or only offers one or two contraception choices.

If your employer is a house of worship, it is formally exempt from the contraceptive coverage of the preventive services provision.

To qualify for exemption, a house of worship must be a nonprofit that primarily employs and serves people who share its religious tenets and primarily teaches religious value as its purpose.

If your employer is a religiously affiliated nonprofit organization like a hospital or a charity, it has a “safe harbor” in which to self-declare it will not participate in the contraceptive portion of preventive services. The safe harbor deadline is August 2013.

For employers that self-insure, the proposed guidelines ask that a third-party administrator provide a contraceptive-only plan.

These guidelines will affect only nonprofit employers that object to covering contraception for religious reasons. Currently the government is soliciting feedback for the proposed guidelines from providers, insurers and the general public.