10 tips for getting your health insurance claims paid

Medical claims specialist Becky Stephenson remembers a client who became seriously ill, went to the emergency room and was admitted to the hospital. Fortunately, he had health insuranceand a card in his wallet to prove it.

But weeks later, as he recovered at home, the bad news arrived. The insurance company had denied all claims for his treatment and his stay at the hospital. Worst of all, he owed thousands of dollars.

The problem? The insurance card was for a plan that was no longer in effect. And he hadn’t replaced it with his new card. 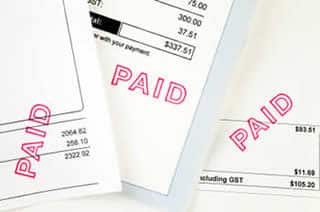 Medical insurance claim mistakes can happen for reasons beyond your control–data entry errors, diagnostic coding changes and miscommunications between providers and insurance companies. Of the millions of health claims that are processed each year, 19.3 percent contain some type of error, according to the American Medical Association’s annual Health Insurer Report Card.

Still, there are things you can do from the beginning to the end of medical care that will help speed the claims process.

When your health insurance plan sends a new card, put it in your wallet and throw out the old card right away, says Stephenson, president and CEO of VersaClaim Inc., a claims assistance business in Austin, Texas, and co-president of the Alliance of Claims Assistance Professionals. If you fail to carry a valid card, you do so at your own risk.

“If you get a new insurance card, it’s not because the health plan thinks you need a pretty new card,” she says. “It means something has changed.”

When the wrong insurance information is entered into a provider’s computer system, the incorrect information is transferred each time you’re referred for tests or other treatment.

Stephenson’s client sought help when he received letters threatening to send the accounts to bill collectors. It didn’t take Stephenson long to figure out the cause of the claim denials. But she says it took “hours and hours” to straighten out the mess with the hospital’s computer system.

If you have more than one health plan, know which is primary and which is secondary. Pat Palmer, founder of the trade group Medical Billing Advocates of America, has seen many claims denied simply because the secondary insurance was billed first. Make sure your provider knows which is which.

3. Answer questions from your insurance company

Your insurer may send you a letter asking whether you have other insurance or if an injury was due to a car accident. Don’t blow off the inquiry. Failing to complete forms can lead to claim denials, says Katalin Goencz, who runs MedicalBillsAssist in Stamford, Conn., and is co-president of the Alliance of Claims Assistance Professionals.

A lot of companies put a summary of their plans online. But Stephenson advises you to read the fine print to understand all the rules.

“I want to see it in black and white,” she says.

You pay less out of pocket to see providers in your health plan network than those outside the network.

“When calling the office to make an appointment, the magic question to ask is: Are you in-network with my insurance company?” Goencz says. “Most people ask, ‘Do you take my insurance?'”

The difference is subtle, but significant. Some providers may accept your insurance but not be in the plan’s network.

Before going to the hospital for a scheduled procedure, make sure the facility and everyone who will be involved in your treatment, from the anesthesiologist to the surgeon, is in your medical insurance network, says Palmer, who helps dispute medical bills and claim denials through her Roanoke, Va.-based Medical Recovery Services Inc.

6. Going out of network? Find out how much you’ll pay

Call the insurance company and ask what your out-of-pocket expense will be for the services you want performed by that provider, Goencz says. It’s easier to negotiate beforehand than after a service has been provided.

7. Double-check whether prior authorization is required

“It’s 10 minutes out of your life that can save you thousands,” Stephenson says.

Take notes of conversations you have with insurers and providers, Goencz says. Include the summary of what was said, the date and time of call, and name of the person with whom you spoke.

“I often ask for our phone call to be recorded,” she says.

9. Never assume a service is covered by your health insurance

“Just because you go through a well-woman checkup doesn’t mean the insurance company is going to pay for every test you have during that visit,” Stephenson says.

A variety of mishaps and misunderstandings can lead to claim denials.

“Some medical codes are updated yearly, some more often,” Goencz says. “If a physician’s billing office didn’t update the code, it will be denied by the insurance company.”

Missing information in a claim, data-entry mistakes and computer errors also can lead to denials from health insurance plans.

“On the insurance side you need to understand the process–most claims are submitted electronically and never touch a human eye. It runs through the electronic system and whatever comes out is the outcome,” Goencz says. “Most people don’t know how to appeal, and even when they try they will often end up confused and give up. If that service is covered by the policy they should not give up.”

Call the insurance company and ask how to appeal, where to send an appeal letter and what information the letter should contain, Goencz says. Keep in mind many insurers routinely deny the first appeal. Typically, a deeper review occurs on the second level of appeal, she says. Find out why the first appeal was denied and provide documentation that supports your case.

Given the millions of claims filed each year, it’s not surprising that mistakes are made. Paying attention to details and standing up for yourself can help you get the money to which you’re entitled.

Do you have to pay back Medicaid if you inherit money? By Huma Naeem

Coinsurance vs. copay: What’s the difference? By Chris Kissell

Who can you add to your health plan? By Barry Eitel