Hey, is that really your health insurance dependent?

Want to enroll your spouse and children in your employer’s health insurance plan? Get ready to dig out tax returns, birth certificates or legal guardianship papers to prove they actually qualify. 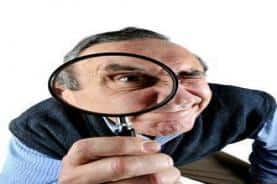 With rising health benefit costs and a tough economy, a growing number of employers are asking for documentation to verify dependent eligibility for medical insurance coverage, and many are undertaking special audits to determine who does and doesn’t belong on the company health plan.

Demand for dependent eligibility audits has skyrocketed. Mercer LLC, a global human resource consulting firm that does dependent verification for employers, saw client requests for audits more than double each year from 2006 to 2008. The growth slowed a bit last year, but then picked up again in 2010, with a 30 to 40 percent increase over 2009, says Rich VanThournout, Mercer’s health and benefits business leader for outsourcing in Deerfield, Ill.

The nationwide trend took off after news reports in 2004 exposed audits uncovering tens of thousands of ineligible dependents at huge, high-profile employers, such as Ford Motor Co.

“People could see millions of dollars were on the table,” says Bruce Borgos, director of human resource audit services at Secova Inc., a consulting firm based in Newport Beach, Calif.

Because most large employers are self-insured (meaning they pay for claims themselves), they stand to lose millions when ineligible dependents make big claims. Mercer says employers pay an average of $2,100 annually to cover a single dependent, according to an estimate based on its National Survey of Employer-Sponsored Health Plans.

“I don’t think we’ve ever seen a case where the savings hasn’t been in the millions of dollars,” Borgos of Secova says.

Interest in audits of health insurance dependents is also growing among small employers who are not self-insured. Even if they don’t pay the premium for dependents, they still bear the responsibility of making sure only those who are eligible are covered. Ineligible dependents who make large claims also can cause premiums to go up for everyone else.

“We have clients as small as a few hundred employees,” says Howard Gerver, founder and CEO of HR Best Practices in Franklin Lakes, N.J., which conducts audits for companies. “Everybody has jumped on this bandwagon. I’ve never seen anything like it.”

Who are ineligible dependents for my health insurance plan?

Typically ineligible dependents include ex-spouses, girlfriends or boyfriends and their children or grandchildren. Sometimes even nannies and housekeepers are listed. Auditors say most cases of ineligibility stem from honest mistakes. Employees, for instance, forget to remove their ex-spouses after a divorce. Or they misunderstand the rules, which vary among employers and can be confusing. Not all employers consider domestic partners eligible, for instance. Some employers allow grandchildren as dependents, but only if the grandparents are legal guardians.

Starting next year under health care reform, parents can list their children up to age 26 as dependents on company health plans, even if their children aren’t full-time college students. The influx of newly eligible dependents will increase employer health care costs by an average of 0.25 percent to 2 percent, Mercer estimates, further driving interest in audits.

To conduct audits, employers usually send letters to their employees explaining the eligibility rules. Some offer an amnesty period, in which employees can voluntarily drop ineligible dependents. Then employers request documentation to prove eligibility. In most cases, a copy of a tax return listing dependents is all that’s needed, Borgos says. Some companies now routinely require documentation during open enrollment each year.

Gerver’s company uses proprietary data mining technology, which goes through the list of people on a company health plan and examines 30 to 40 variables, searching for indicators that dependents might be ineligible, such as an unusual age span between children or multiple last names in one family. The technology flags those employees for audits, so employers don’t have to request verification from everyone.

“It reduces the cost of the audit, and it’s less invasive,” Gerver says.

What happens when dependents are ineligible? First they are removed from the health insurance plan. After that, the response varies. Some employers state that employees who knowingly misrepresent information are subject to disciplinary action, possibly even termination. But proving employees tried to cheat the system is tough. Gerver knows of one employer that tried to garnish the wages of an employee to recoup costs for coverage of an ineligible dependent. But the employee simply quit.

Whether the dropped dependents would be eligible for COBRA is a gray area in cases where employees simply made honest mistakes.

“There’s no set answer,” VanThournout says. “The employer and its legal department have to decide.”

Auditing dependent eligibility is tricky for companies. No employer wants to look like the bad guy who takes away a loved one’s health insurance coverage. Communicating policies clearly and handling audits sensitively are critical, VanThournout says.

How to determine who qualifies for your health insurance

Read your employer’s health benefits policy to understand who qualifies as a dependent, and make sure you have the documentation to prove your dependents are legitimate. Also, keep in mind that just because you can list your 25-year-old son on the plan doesn’t mean you can add his kids, too.