About 115,000 women nationwide lose private health insurance every year after divorce, and 65,000 of them become uninsured for months or even years, according to a recent University of Michigan study.

The study, published in the December 2012 issue of the Journal of Health and Social Behavior, analyzed data from 1996 through 2007 on women ages 26 to 64. The University of Michigan National Poverty Center supported the research.

“Moderate-income women are more likely to lose coverage than higher income and low-income women,” says lead author Bridget Lavelle, who conducted the study with UM sociologist Pamela Smock. “They’re earning too much money to qualify for public assistance, like Medicaid.”

Yet they don’t make enough money to afford a new health plan.

Women who are dependents on their spouses’ employer-sponsored health plans are particularly at risk. A quarter of them are uninsured six months after divorce, according to the study. 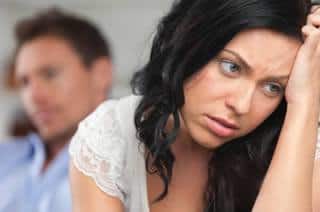 Those who have their own employer-sponsored coverage are less likely to lose it after divorce. Still, 11 percent of them become uninsured. The study didn’t examine why those women lost coverage, but Lavelle speculates they were no longer able to afford their share of the premium.

Women ages 50 to 64 are more vulnerable to losing health insurance than younger women.

Other studies have shown that women’s incomes drop after divorce and that married people are generally healthier than single people. But little research has focused on how divorce impacts health insurance, says Lavelle, a doctoral candidate in public policy and sociology.

The study did not look at how divorce affects health insurance coverage for men, but Lavelle says that’s a good question to address in future research. The impact on men may not be as severe because women are more likely to be dependents on their spouses’ health plans than men, according to the Kaiser Family Foundation. And previous research has shown that women suffer greater economic losses after divorce than men.

Lavelle says she’d also like to see researchers look at the issue again after health care reform is fully implemented. A number of important provisions of the Patient Protection and Affordable Care Act will go into effect in 2014, when almost everyone will be required to have health insurance. More people will become eligible for Medicaid, and many lower- to moderate-income people will become eligible for government subsidies to help them afford health insurance. In addition, health insurers will no longer be able to deny coverage or charge higher premiums for people with health conditions.

Combined, those measures should make it easier for women to get access to health insurance if they don’t get coverage through their own employers, Lavelle says.

Take action if your marriage hits the rocks

Don’t wait until the divorce is final to think about health insurance. Start exploring options as soon as you can, says Colleen Callahan, president of CCIS, an independent insurance agency in Pleasant Hill, Calif.

“There’s often a lot of confusion about what’s available,” she says. So give yourself plenty of time to research your options.

Another reason not to wait: The projected costs for coverage and out-of-pocket medical expenses should be considered during the divorce settlement negotiations, says Lili Vasileff, president of Divorce & Money Matters LLC in Greenwich, Conn., and president of the International Association of Divorce Financial Planners.

Add up your potential costs including the health insurance premium and out-of-pocket costs such as copayments for doctor visits, deductibles and co-insurance, to include in your post-divorce budget, Vasileff says. If affording a health plan is impossible, estimate how much medical care will cost without insurance.

You may need to consult a health insurance agent, financial planner or employee benefits consultant to get good numbers. Divorce attorneys sometimes take a broad-brush stroke when it comes to health insurance and other financial details during the negotiations, Vasileff says. “Generally the nuances don’t come to the table. All those little pieces don’t get examined carefully enough.”

Your own employer’s health plan

Ask to enroll in coverage at work if your employer offers it. Federal law says you can enroll outside the annual open enrollment period if you’ve lost access to health insurance coverage elsewhere. Looking for work? If you’re fortunate to find a job that offers health benefits, find out how long you’ll have to wait to enroll. Then plan how to fill the insurance gap during the waiting period, typically 30 to 60 days for new employees.

The federal Consolidated Omnibus Budget Reconciliation Act lets you continue coverage through your ex-spouse’s employer-sponsored health plan for up to 36 months after divorce, if the employer has at least 20 workers. (Many states have similar laws that apply to employers with fewer than 20 workers.) You have to pay the full premium, plus up to a 2 percent administrative fee. You have 60 days after you lose coverage to decide whether to elect COBRA. Know your COBRA rights.

Prepare for sticker shock. Without the employer chipping in, the premiums can be pricey. Contact your spouse’s employee benefits department to find out how much you would pay for COBRA, and review the plan to learn about out-of-pocket costs, such as deductibles and copayments.

If you’re young and fairly healthy, you might find more affordable coverage than COBRA by purchasing an individual health plan. Plus, under the Affordable Care Act, starting in 2014 health insurers will not be allowed to deny coverage or charge higher premiums for people with health conditions. Until then, insurers consider your health history when you apply for individual coverage.

Don’t count yourself out if you have a condition, Callahan says. “There is a continuum between yes and no.”

Even if you have a medical condition, you might be able to buy coverage at a higher-than-standard rate, which is better than no coverage at all.

Find a patient, independent insurance agent who’s willing to walk you through the options, Callahan says. The National Association of Health Underwriters provides an online tool to find agents.

Compare the costs and benefits of available plans, and don’t forget to check whether your doctor and hospital are in the provider network. Here’s how to buy the worst health insurance plan ever: 7 scenarios to avoid.

Can’t afford coverage? Check whether you qualify for Medicaid, the federal and state health insurance program for low-income people. The Foundation for Health Coverage Education provides information about other programs in your state.

If you’re uninsured and don’t have access to employer-sponsored coverage or COBRA, then you might qualify for the Pre-existing Condition Insurance Plan, a federal program created under the Affordable Care Act. To qualify, you must have been uninsured for at least six months and have a health condition that makes it difficult to qualify for a private individual health plan. You foot the bill for the premium.

Are you turning 65? Then you’re eligible for medicare. Go to Medicare.gov to learn about your options.

Consider getting coverage through your own business if you’re self-employed. Even tiny employers can qualify as “groups” for the purpose of buying health insurance. In California it takes just two people to be a group, Callahan says.