How to buy the worst health insurance plan ever: 7 scenarios to avoid

Poring over the fine print of health insurance plansto choose a policy is nobody’s idea of fun, but you’re better off spending some painstaking time researching before you buy than nursing a nasty financial headache after it’s too late.

The “quality” of a health plan often depends on your needs and how much financial risk you can bear. 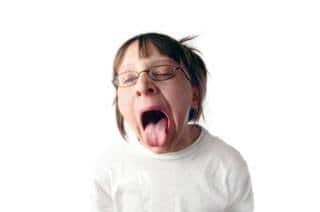 “One size doesn’t fit all,” says Martin Rosen, cofounder and executive vice president of Health Advocate in Plymouth Meeting, Pa., which helps employers and individual clients navigate the health care system. “You really need to assess what you need.”

Whether you’re choosing among group health plans offered by your employer or shopping for individual health insurance coverage, here are seven scenarios to avoid:

1. Your doctor isn’t in the network.

You pay more for using health care providers who aren’t in the health plan’s network, so make sure the doctors and other professionals you want are included.

A plan that tightly restricts you to a local network might be sufficient if you need care only in your area, but it won’t benefit a kid away at college or meet all your needs if you spend a lot of time on the road, says Pete Villemain, president of Employee Benefit Services, which manages employer benefits plans in San Antonio, Texas.

Make sure any specialists you need are also covered by the plan, Rosen says. Don’t assume a specialist is in the network just because your primary care doctor gave you the name.

2. You pay huge insurance premiums to save a few bucks on the copay.

“The mistake I see individuals make so many times is they focus so much on getting a low copay and they fail to look at how much extra premium they pay for it,” says Villemain.

He suggests you evaluate how you’ll use your plan and compare the costs accordingly. If you go to the doctor only a couple of times a year, is it worth spending hundreds of dollars extra on the premium just to get a low copay?

3. The drugs you take aren’t covered.

If the plan does provide drug coverage, check to see if your medication is included on its formulary, which lists the preferred drugs for coverage, Goodheim says. Expect to pay more if you take a drug that is not listed.

Rosen suggests checking whether the plan provides discounts if you order prescription drugs in bulk by mail order. For instance, you might be able to pay less per month for a 90-day supply through mail order than a 30-day supply at the pharmacy counter.

In addition to comprehensive health plans, many employers offer supplemental insurance policies, such as cancer or critical illness insurance, which pays a lump sum of cash after diagnosis. Such policies can provide valuable protection, but they might be unnecessary if you already have broad coverage under your medical insurance and short-term and long-term disability insurance, Goodheim says.

If you’re footing at least a portion of the premium bill, why pay for coverage you don’t need?

5. You can’t afford your share of the medical bills.

Low premiums are an attractive feature of high-deductible health plans, but make sure you’re prepared to pay all the out-of-pocket medical expenses, Goodheim says.

“Those dollars can really add up,” Goodheim says.

Most employer-sponsored plans cover maternity and prenatal care thanks to the federal Pregnancy Discrimination Act of 1978 and the Health Insurance Portability and Accountability Act of 1996, as well as many state health insurance mandates for group coverage. Some states also require individual health insurance plans to include maternity coverage, but in states where there is no such mandate, many individual health plans pay only a small portion of the costs or don’t cover maternity at all. Even if the plan boasts maternity coverage, read the fine print to know exactly what is covered and whether there’s a monetary cap.

Starting in 2014, individual and small-group plans sold through state health insurance exchanges must include pregnancy and newborn care, along with other essential benefits.

Scrutinize group health plan offerings from employers each year during open enrollment, Rosen says. Don’t assume the plan stays the same. Coverage levels, costs and networks could change from one year to the next, even if the plan is offered by the same insurer.

“If you’re not sure about something and it raises a flag in your mind, then check it out,” Rosen says.