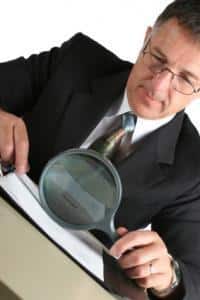 While federal and state governments have the power to scrutinize health insurance premium hikes that appear unreasonable, everyone has a different definition of an “excessive increase.”

The Affordable Care Act, which includes provisions to deter health insurance companies from unfairly increasing rates, doesn’t specify what constitutes an excessive premium increase. The law directs the U.S. Department of Health and Human Services (HHS) to spell out when state and federal governments can force insurers to justify rate increases.

In a set of proposed rules issued by the HHS in December 2010, health insurance companies would be required to publicly disclose and justify proposed premium hikes of 10 percent or more for individual or small-group policies this year. Starting in 2012, states would set their own thresholds for what’s “excessive” based on the local market (thresholds could be lower or higher than 10 percent).

States that have resources to conduct an actuarial analysis would conduct their own rate reviews. For states that can’t afford effective rate reviews, federal regulators would fulfill that role. Final regulations should be issued shortly.

“The public policy discussion on health care costs has focused on health insurance premiums, while ignoring the root causes that are driving up the cost of coverage, including soaring medical prices, new benefit mandates and changes to health plans’ risk pools,” said America’s Health Insurance Plans (AHIP) President and CEO Karen Ignagni in a media statement.

“It does not adequately factor in all of the components that determine premiums, including the cost of new benefit mandates and the impact of younger and healthier people dropping coverage,” Ignagni says. “Premium review must consider the unique circumstances of small employers that are struggling to afford coverage for their employees, and of the individual market in which people move in and out of coverage depending on whether they anticipate needing medical services.”

AHIP believes that each state should have the power to review its own health insurer premiums because it has better knowledge of its local market.

The proposed rules would require insurers to post their rate hikes and the outcome of the reviews on their websites and the HHS website.

Consumer Watchdog, a California-based consumer advocacy group, wants the rules to apply retroactively to 2010. Further, it believes that the public should have access to all predictions and actuarial assumptions that insurance companies use to justify rate increases.

Carmen Balber, director of Consumer Watchdog’s Washington, D.C., office, says the proposed rules do not require states to disclose many of the actuarial details used to determine whether the rate is reasonable.

“Many states have laws that make that information confidential,” she says.

But the group wants to see a process that would allow consumers to comment on proposed increases. It also questions the fairness of allowing insurers to hike premiums up to a designated threshold year after year without review, even if medical costs rise less than the annual threshold. What if the threshold for triggering review is 10 percent and medical costs rose only 4 percent annually? Could an insurance company hike premiums by 9.9 percent every year and still avoid review? That question has yet to be answered.

The debate over health insurance rate reviews has been an issue since discussion of health care reform began. Each state regulates insurance companies that operate in that state, but they vary in how much authority they can wield to control premium hikes. Twenty-six states and the District of Columbia have passed laws that give their insurance departments the legal authority to reject unreasonable health insurance rate hikes, but even some of those states don’t have the resources to exercise the authority, according to HHS.

To help even the regulatory field among states, the Affordable Care Act calls for $250 million in grants. The money is to be distributed among states over a period of five years to help them strengthen their authority and improve their rate-review processes. Roughly $46 million has already been awarded to 45 states and the District of Columbia.

The debate over rate review is especially hot in states where insurers have proposed large premium hikes. In California, for instance, Blue Shield announced a proposed 59 percent premium increase for this year.

California is among the states with a weak rate-review process. The insurance commissioner does not have the authority to reject excessive rate increases, and until this year, HMO plans, which make up 80 percent of the market in the state, were not required to file rates for review, says Anthony Wright, executive director of Health Access, a California consumer advocacy group.

The proposed federal rules for rate review, along with a new California law that gives similar authority over group health plans as well as individual and small-group policies, is “a good start,” he says.

Given the furor over the rate hike announced by Blue Shield, Wright says efforts to give the department more authority could gain traction in this year’s legislative session.

Balber agrees: “There’s big opportunity there,” she says. She also sees movement among some other states to increase their authority.