How to fight for coverage of eating disorder treatment

Eating disorders can be both medically and financially devastating. The National Eating Disorders Association says as many as 10 million women and 1 million men in the U.S. battle anorexia or bulimia, and another 13 million more struggle with binge eating or an obsession with dieting. Worse, kids as young as 8 and 9 are being diagnosed with eating disorders and adolescent girls are still the No. 1 demographic for developing an eating disorder.

According to the National Eating Disorders Association, anorexia has the highest mortality rate of any mental illness. So you may be surprised to know that health insurance companies often don’t adequately cover treatment for eating disorders.

A 30-day stint at a residential treatment center for eating disorders can cost up to $30,000.

“And 30 days is usually the limit set by insurance companies, if they cover it at all,” says Lynn Grefe, president and CEO of the National Eating Disorders Association. 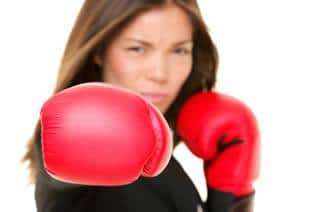 People do stay longer but they either self-pay or fight their insurance company for coverage. Grefe often talks to parents who are fighting insurance companies for another day or another week of treatment. Yet the same insurer is unlikely to kick a child with leukemia out of the hospital at the 30-day mark, she says.

“Not too long ago insurance companies didn’t cover much for autism because there was such a stigma about it,” says Kathleen MacDonald, an eating disorders educator and policymaker at Kantor and Kantor and education coordinator of the F.R.E.E.D. Foundation, a nonprofit advocacy group that battles eating disorders. “When enough people came out of the closet and said, ‘This is not because I was a bad mother, this is a disease and my family deserves treatment,’ insurance companies listened.”

The lack of insurance coverage may be attributed to the wide variety of treatment options.

Some patients need residential care, others need outpatient care, and still others whose bodies have been impaired medically need physical treatment in the hospital. Often patients need some follow-up care for months or years, and many patients relapse. The nature of both the physical and mental component of eating disorders makes them one of the most complex mental disorders to treat, says Grefe.

Some health insurers don’t cover eating disorders at all, trying to minimize their risk of an expensive health problem. Others cover a 30-day residential treatment and/or some outpatient therapy with an eating disorder specialist or psychiatrist, but often with a lifetime limit on visits.

In addition, when insurance companies do cover treatment, they often base “wellness” on the person’s body mass index (BMI), not on the psychiatric care needed after the patient reaches the required BMI.

Insurers can also refuse coverage if a patient’s BMI is not low enough. The Federal Substance Abuse and Mental Health Administration determined that a BMI of 17.5 is a “strict indicator” of anorexia, yet some insurers require patients to have a BMI of less than 15 to qualify for residential treatment, says MacDonald.

Yet patients and doctors are left to play an insurance “game” in hopes of scoring treatment coverage. Because eating disorder treatment is covered more fully when physical symptoms are the priority, if someone is seriously underweight they often don’t want the doctor to document it as an eating disorder (meaning a mental disorder) because they’ll get better coverage under a physical illness.

“You save them physically but don’t do anything to help the mental side of it,” says Grefe.

“If you want an insurance company to pay, you need to get them to treat the symptoms,” says Katherine Woodfield, a New Jersey-based insurance broker. “In some cases, keeping the patient alive and getting the weight on is part of the battle. The mental illness component still exists, but if you want insurance to pay, they need a physical problem.”

MacDonald finds this frustrating. She got an email from a mom whose daughter reached 60 percent of her ideal body weight and the insurance company said she was fit to be released from care.

“It makes no sense,” MacDonald says. “We wouldn’t do that to people with cancer, right? We wouldn’t say, ‘Well your tumor is still present, but it’s down to 90 percent instead of 100 percent so good luck to you.’ Yet every single day insurance companies use their ‘medical necessity’ criteria to dole out treatment and make and life and death decisions for people with eating disorders.”

Grefe knows of patients who have to go home and lose more weight and get sicker in order to get treatment. She compares it to saying, “You only fractured your leg, come back when it’s really broken.”

Federal law tried to address these issues. The Wellstone-Domenici Mental Health Parity Act of 2010 ensured that employers with 50 or more employees, and whose group health coverage included mental illness, had to include coverage for treatment of eating disorders. But experts say the law lacks specifics and leaves it up to each state and insurer to provide the coverage or lack of it as they see fit.

In order to get insurance coverage for eating disorder treatment or extended benefits on a plan that offers some coverage, patients should: