Even with a goodhealth plan, saving money on medical expenses can be tough. Deductibles, co-insurance and copays add up quickly. And elective procedures may not be covered at all.

But here’s one way to beat your health insurance and get that needed dental work or bariatric surgery: Go abroad.

In 2014, roughly 1 million Americans were expected to travel abroad for medical care, according to the Center for Medical Tourism Research in San Antonio. “That would be almost a 10-fold increase from the roughly 130,000 who traveled abroad for medical care just a few years ago,” says Gabrielle Redford, senior editor of AARP magazine, which covered the growing trend in its October/November 2014 issue. 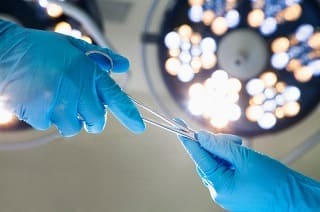 Why travel? The savings. Many elective procedures cost substantially less outside the United States. For example, according to data collected by AARP:

Most of those who travel abroad for health care don’t have health insurance that covers the procedure they want, such as cosmetic procedures, breast enhancements or dental implants. Or they may have a high deductible health plan, where the out-of-pocket expense wouldn’t make financial sense.

If you do consider surgery abroad, also known as medical tourism or health tourism, you must consider travel costs and the costs for a companion if you want someone to accompany you, Redford says. Even then, many people will come out ahead.

If you want to figure out if going abroad will save you money, apply the $6,000 rule, says Patients Beyond Borders World Edition. If the total cost of your treatment (office visits, procedure and hospital stay) would be at least $6,000 more in the U.S., go outside the country. If the difference is less than $6,000, stay home.

Your health insurance plan may cover some or all of your procedure abroad. And it’s not like you’re doing anything sneaky. “Self-funded employers send employees overseas for medical procedures and treatments all the time,” says Joseph Harkins of the Medical Tourism Association in Palm Beach Gardens, Florida.

It’s cost-effective for them as well, Redford says.

HSM Solutions, a manufacturing company based in Hickory, North Carolina, has been sending employee patients abroad for about eight years, says its director of benefits, Tim Isenhower. Employees not only get their medical care abroad for free but also a bonus that equals 20 percent of what the company saved by not paying for the procedure in the U.S. Isenhower says the company started the program because of the high cost of health care in the U.S. “and the poor-quality care in the remote areas where HSM operates.”

Several hundred employees have taken advantage of the program, Isenhower says. ” We typically have a patient or two [abroad] at any given time. We have had as many as 10 patients within a two-week period.” Employees have gone abroad for orthopedic care (inpatient and outpatient), gastric procedures, neurologic procedures and general surgery.

While money is the biggest motivator for medical tourism, safety is the main concern. Redford says that if you do your homework before going abroad, you should be fine. That homework should include:

Use your common sense, too, Redford says. Plan your travel back from your procedure for when it’s safe for you to fly. You might not want to board a plane too soon after surgery.