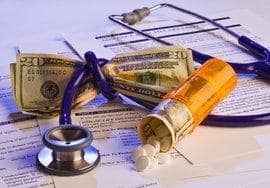 If you’ve been denied health insurance coverage because of a pre-existing condition, you can now get temporary coverage through a program set up by the states and the federal government.

The new Pre-existing Condition Insurance Plan (PCIP) will provide health insurance for those who have been without coverage for at least six months, who have a health condition that has kept them from getting medical coverage, and who are U.S. citizens or who reside legally in the United States.

Created under the federal Affordable Care Act and developed by the U.S. Department of Health and Human Services (HHS), the plan covers a broad range of health benefits that include primary and specialty care, hospital care and prescription drugs. It does not base premiums on income and does not charge higher premiums due to medical conditions.

Those who participate will pay rates no higher than the standard individual health insurance premium in their state. The insurance covers major medical and prescription costs, with some out-of-pocket expenses, such as deductibles. The plan is funded with $5 billion from the Affordable Care Act.

The PCIP program will be available until 2014, when a new and competitive insurance exchange is scheduled to be in place.

States have the option of running their own plans or having them administered by HHS. The federal government will run plans in 21 states, while 29 states and the District of Columbia will run their own.

According to HHS, this arrangement gives the states flexibility in how to run their PCIPs, because state programs can vary on cost, benefits and determination of pre-existing conditions. State funding is based on the same allocation formula as the Children’s Health Insurance Program, CHIP, but unlike CHIP there is no requirement for states to match federal dollars, and the federal government will cover the entire cost of the pre-existing condition plan.

Those who apply and are approved for enrollment by July 15 will have coverage go into effect on Aug. 1. The exact start date will vary by state, with most coverage available by the end of the summer.

If you live in a state running its own plan, you’ll find information on your state’s HealthCare.gov page.

While the plans are meant to provide affordable health insurance, premiums will vary by state. For example, New York runs its own plan and premiums are expected to range from $400 to $600 per month. In California, also running its own plan, the monthly premium is $575 for a monthly subscriber in San Francisco, with a $1,500 deductible and $2,500 out-of-pocket limit.

The plan is not available for those with COBRA or any existing health insurance. Those who can’t afford the premiums will be directed to Medicaid.