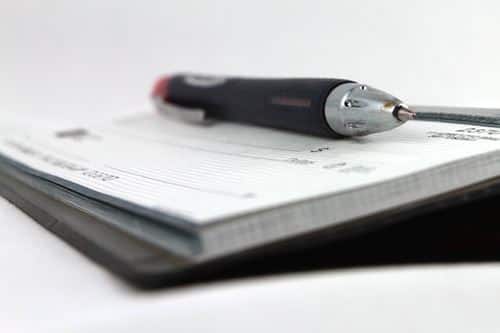 Whether you are comparing health insurance quoteson your own or get coverage through your employer, you could pay more if you smoke.

The penalty for smoking will depend on where you live or work.

For individual health plans – the kind you buy on your own — the Affordable Care Act lets insurance companies charge 50 percent higher premiums for smokers than nonsmokers. States, however, can set their own rules to reduce or eliminate that surcharge, and 10 so far have chosen to do so.

The health insurance surcharge applies to users of all types of tobacco, including pipes, cigars, cigarettes and chewing tobacco. “Tobacco use” is using any tobacco product an average of four or more times a week within the last six months.

Insurance companies argue that it’s only fair to charge tobacco users more. Smoking is the No. 1 cause of preventable disease, according to the Centers for Disease Control and Prevention. If everyone paid the same rate, nonsmokers would have to share the health-care costs stemming from smokers’ habits.

Some also argue that hiking smokers’ premiums serves as an incentive for them to kick the habit.

However, there’s no evidence that higher health insurance premiums encourage people to quit, according to the Commonwealth Fund, a private foundation aimed at improving the health care system.

And critics of higher rates for smokers say the practice can make health insurance unaffordable for many, especially those with lower incomes. A disproportionate number of tobacco users, particularly smokers, are racial minorities and come from low-income and less-educated households, according to the American Cancer Society.

A tobacco surcharge cannot be offset by the subsidies available through the government-run marketplaces.

Deborah Chollet, a senior fellow at Mathematica Policy Research in Washington, D.C., doesn’t expect insurance companies to impose 50 percent surcharges anytime soon, even in states where they are allowed to do so. The average surcharge now is around 15 percent, she says. Although most states allow the surcharge to be up to 50 percent, “it’s not happening,” she says.

The Commonwealth Fund expects more states will customize their approach to tobacco rating as more evidence about the impact of tobacco surcharges emerges.

Smoker penalties for group coverage, too

Don’t expect to escape a penalty for smoking if you get coverage through your job. A growing number of employers are starting to apply surcharges for smokers, says Lisa Weston, director of wellness promotion for Bagnall, a member of United Benefits Advisors, in Phoenix.

Federal government rules let employers charge smokers up to 50 percent of the cost of their health insurance benefits.

Weston gives this example: Say, for instance, your health insurance benefits cost the company $1,000 a month. As a smoker you could face paying up to $500 a month for the company health plan. Your nonsmoking colleague might pay nothing.

“Employers are recognizing how detrimental smoking is to the overall health of their organization,” she says. “So we really do see employers going down this road of setting tobacco-users premium differentials.”

However, before employers can levy the surcharge they must give smokers an opportunity to qualify for nonsmoker rates by offering a way for them to quit.  In most cases, employees could qualify by participating in a wellness program or a smoking cessation class.

“The employer can’t just hope the employee finds out about the wellness program either,” Weston says. “Employers have to clearly disclose the program and all its components. The onus falls on the employer to be very clear [about] what they’re doing.”

Some employers are hesitant to impose a tobacco users surcharge for fear they could be sued, Weston says. However, she says, as long as the program is correctly implemented and complies with federal and state laws, employers should have no concerns.

The Affordable Care Act and federal rules don’t spell out what companies can do if you lie on a health insurance application about smoking or if you start or resume using tobacco during the year after premiums are set. It’s also unclear what happens if you complete a required smoking cessation program at work but do not quit. However, lying is fraud, and you can be denied coverage if you misrepresent yourself.

Health insurers are divided in how they treat users of e-cigarettes, which deliver nicotine but are not a tobacco product. Some view them as equivalents of nicotine chewing gum or nicotine skin patches, and others see the product as another form of tobacco use, as life insurers do.