Faking death to collect life insurance money: A life on the run

Investigators and a coalition charged with fighting fraud say the life insuranceindustry is waging a quiet but ongoing battle to prevent dishonest policyholders from making insurance claims by faking their own deaths.

“Life insurance companies are on high alert for fake death,” says James Quiggle, spokesperson for the Coalition Against Insurance Fraud (CAIF), an alliance of consumer groups, insurance companies and government agencies. “It happens often enough that these crimes are a permanent part of their investigative portfolios. They are well-mobilized. They have the resources to try to track down the scammers.”

The effort to screen out potential fraud begins soon after a person seeks a life insurance quote. Anyone who acknowledges a criminal background may be examined closely, depending on the size of the policy, says Gene Robertson, supervisor of investigative services for Pennsylvania-based Erie Insurance Group. However, in most cases no deep background checks occur until something happens that makes a life insurance claim seem suspicious. 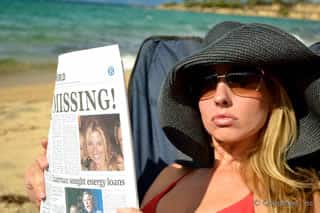 There is no data to pin down exactly how much fake-death scams cost insurance companies in the U.S. each year, says Quiggle. Steven Rambam–an investigator for three decades and director of Pallorium Inc., an investigative agency with offices in New York and Texas–says individual life insurance companies in the U.S. face could huge losses if they drop their guard against fraudsters.

“The amount of loss to the company, if they are not vigilant about pursuing fraudsters, can be massive,” says Rambam. “There is one carrier–approximately eight years ago their profit from the life insurance side was $840 million and we had investigated claims for them … that saved them $36 million. Their profit would have gone down almost 4 percent.”

Life insurers often decline to discuss life insurance fraud and how they deal with it, and several declined to comment for this story.

“The processes we employ to investigate death claims is proprietary information,” says Janet Gillespie, a spokesperson for Prudential. “Prudential continually works to stay on top of the newest developments in fraud trends and consistently adapts claims handling and investigations to meet the challenges they bring.”

A lack of hard facts

Because there is no hard data on how many people fake their own deaths to cash in on life insurance, opinions vary about how widespread the crime is. Jack Dewald–an insurance broker based in Memphis, Tenn. and the former chair of the Life and Health Insurance Foundation for Education (LIFE) governing board–says most “bad elements” are weeded out in the policy application process.

Dewald, whose career extends back 30 years, says his insurance brokerage has never encountered a faked death.

Robertson says the problem is real, although it’s much harder to fake a death in the U.S. than in less developed countries, where death certificates can be purchased easily by bribing medical examiners and other local officials.

When deaths are faked in other countries, the perpetrators often “fade into the woodwork,” he says. Because prosecutions can be difficult – even on U.S. soil — the main focus of many insurers is avoiding payouts for false claims.

“It clearly is a felony, but prosecutions in this arena are very unusual,” Robertson says. Even in America, “prosecuting is a hit-or-miss situation, depending on the state in which it occurs. Your typical prosecutor recognizes that they have to convince a jury beyond a reasonable doubt what has occurred.”

Sometimes the scams involve numerous persons and travel between nations. The result is a confusing courtroom narrative about how the alleged criminals faked a death.

“It is very difficult to weave the plot of what seems like a paperback novel into a successful prosecution,” Robertson says.

While fraudulent death claims are common, many insurers are good at protecting themselves and therefore experience fewer such claims, he adds. At Erie, “we typically do not pay until we are convinced that the claim is legitimate–or as convinced as we will ever be.”

Going for the big insurance money

One of the main goals in faked deaths “is to scam a life policy so you can have that $1 million windfall,” says Quiggle. “That kind of money can set you up nicely for life in a Third World country” where expenses are low, he says. In parts of the Middle East, Mexico, Central America and South America, “crooks go to creative and elaborate extremes to create the appearance of a death. They may hire villagers as mourners and stage a complete funeral,” Quiggle says.

Rambam says he has noticed some recent insurance fraud trends in general.

While some crooks frustrate investigators, most people who commit life insurance fraud get caught, insists investigator David Cohen of Investigative Resources of Texas. “I have been doing insurance fraud for 20 years. They think they are smart: ‘I love this place I went to in Mexico and I will just fake my death, take the insurance money, and go there.’ It happens more frequently than you can imagine. Out of five, I will catch three.”

Most large insurance companies use their own investigative teams for domestic fraud cases, says Rambam. “They don’t need to sign it out unless it is a real hardcore case. Most of the assignments we get are outside the U.S.”

A typical criminal is a native of a foreign nation who has lived in America, bought a life insurance policy here, and returned home for a visit. During that visit, a death is staged. Cohen says he focuses on “any kind of activity” that demonstrates that the “deceased” still is alive.

“I will dig into your phone [calls],” he says. “I will dig into social media. I will also look at past passport activity. If someone is an international traveler and they have vacationed one place frequently over a number of years, I will look there.”

Once he finds a fraudster, Cohen will travel to his or her location and attempt to capture the scammer on video. If the insurance money already has been paid out “you will be put on the wanted list,” the investigator says. “You could be extradited. I work with the FBI, I work with the Secret Service, I work with U.S. marshals” and Interpol, the international police organization.

If Cohen can get you back into the U.S., “generally you will get prosecuted for a fake death claim.” For those who are found guilty, a 10-year sentence is not uncommon, he adds.

Someone is looking for you

Dewald says it takes more than the lure of money to hatch a scheme that requires you to abandon your home and assume a new identity. People attracted to such crimes “are running from something or somebody.”

For most crooks, giving up their identity ultimately isn’t worth the payoff, says Chicago-based psychologist Elizabeth Lombardo, author of “A Happy You.”

“They are not thinking that ‘for the rest of my life someone will be looking for me,'” she says. “That is a huge source of stress. It can cause us to go into depression.”

In August 2011, a Santa Ana, Calif., man who allegedly had been hiding in plain sight since 2004 was arrested on suspicion of faking his death in Mexico so he and his wife could receive life insurance and other death benefits. Authorities say they were tipped off that Lucio Rodriguez, 52, was still alive. They arrested him in Fontana, Calif., where he was working under an assumed name, according to police. His wife was arrested a short time later. The couple allegedly had bribed officials in Mexico to issue a false death certificate for Rodriguez.

Not all fake-death scams involve corrupt foreign officials. Earlier this year, a Southern California woman was sentenced to two years in federal prison for taking part in a plan to stage fake funerals and collect life insurance. Faye Shilling, 61, pleaded guilty in mid-2010 to two counts of wire fraud and was ordered to pay about $330,000 in restitution. Prosecutors say Shilling and her accomplices defrauded insurance companies and funeral-related businesses out of nearly $1 million with a scheme to buy life insurance policies for fictitious people.

Not all prosecutions are successful, but insurance companies can’t afford to drop their guards and write off fraud as a cost of doing business, says Rambam. That would open the door to a spike in dishonest claims. “If they are not ferocious about pursuing suspected fraud, they are going to encourage fraud to expand.”

A spouse’s right to life insurance money By Shivani Gite

Can you hide smoking from life insurance companies? By Prachi Singh

Father’s Day Index 2021: Dad’s salary moves to the head of the class By Jennifer Shelton