Hog vs. Ninja: Which motorcycles cost most to insure?

Attention motorcyclists: No matter how wild you were born to be, you still need motorcycle insurance — and your choice of machine will impact how much you pay for it.

“Insurance companies have a record of each kind of bike’s accident history and accident-survival rate, (as well as) who buys which type of motorcycle,” says Ray Sirois, chairman of the Massachusetts Association of Insurance Agents. “All of that gets used in setting your rate.”

Some kinds of bikes not only cost more to repair or replace following an accident, but typically appeal to riskier cyclists. “The type of person who buys a Harley ‘hog’ isn’t usually going to go crazy on a bike the way someone who buys a Kawasaki racing bike might,” Sirois says.

Read on for a look at which types of motorcycles generally offer the highest and lowest annual premiums. And to get personalized quotes for your rider profile and motorcycle, visit the Insure.com page on motorcycle insurance.

The premiums in this article were quoted online by Progressive Insurance in July 2015 for a fictitious 35-year-old married male in suburban Los Angeles (90210 ZIP code) with no accidents, insurance claims or moving violations over the past three years and no drunk-driving convictions over the past decade. Coverage includes $100,000 per person/$300,000 per accident of bodily-injury liability, $50,000 of property damage, $3,000 of accessories coverage, a $500 comprehensive and collision deductible and roadside assistance. Your rates will vary based on your personal details. 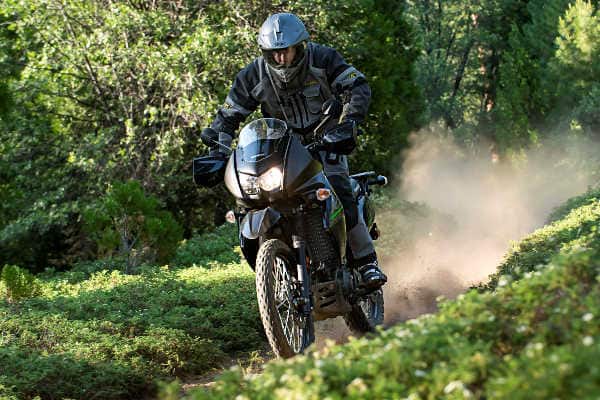 These motorcycles come equipped for both off- and on-road usage, hence the name “dual-sport.”

They’re basically dirt bikes outfitted with headlights and other equipment to make them street-legal. But their lighter weights, smaller engines and low frills keep their prices — and premiums — down.

Karl Brauer, senior editor at Kelley Blue Book, says 2015 dual-sport bikes typically run around $6,000 to $10,000 to purchase, which is on the low end for motorcycles.

“Dual-purpose bikes are usually relatively light with minimal amenities, and they’re not particularly powerful or fast,” says Brauer. “They’re mostly designed for off-roading, although you can theoretically use them to go to the store or drive to work.”

Popular models include the Honda XR and Kawasaki KLX series. 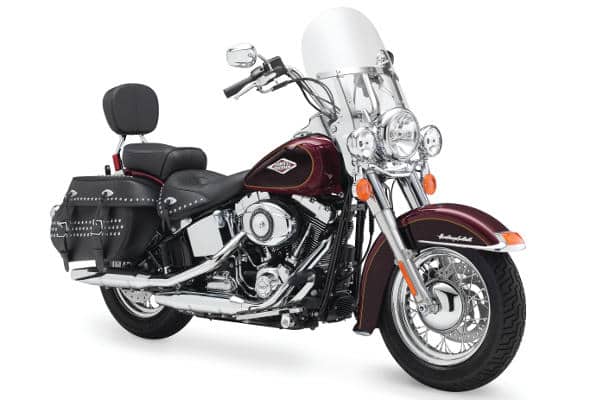 These motorcycles are what most people think of when they envision Hell’s Angels or movies like “Easy Rider” or “The Wild One.”

“Cruisers are the classic ‘Wild One’/Marlon Brando-type bikes,” Brauer says. “These days, they’re popular with button-down, 9-to-5 types who go out on weekends.”

Well-regarded cruisers include the Harley-Davidson Heritage Softail Classic and the Honda Shadow, and you can expect to pay around $10,000 to $20,000 for a 2015 model.

The higher prices boost cruisers’ premiums over some other machines, but their appeal to older, more-cautious bikers helps keep insurance costs down. 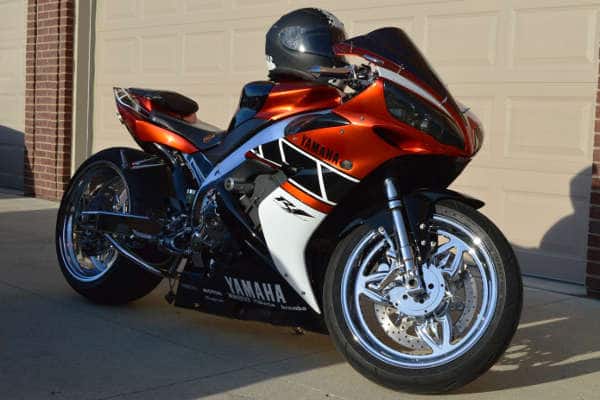 Customization is popular among motorcyclists, with bike owners or professional customizers modifying their machines with special paint, engines and more.

“Custom bikes are for someone who’s a really dedicated motorcyclist and wants to have something unique and special,” Brauer says.

While motorcyclists will upgrade virtually any type of bike — see the custom Yamaha sport bike here — Brauer says the Harley-Davidson Sportster and Harley Heritage Softail are common choices for such work.

The sky’s the limit on how much you can spend, but Brauer says enthusiasts typically pay $10,000 to $100,000 for customized bikes. That obviously boosts premiums. 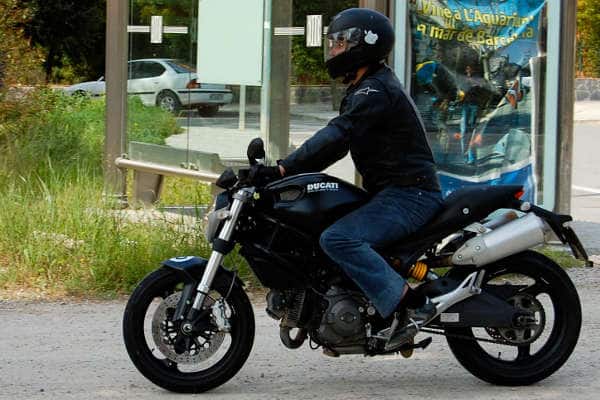 These motorcycles combine a cruiser’s comfortable riding position with the higher performance of a sport bike.

A standard bike’s seat is typically more forward-leaning than a cruiser’s (to improve aerodynamics), while its handlebars are higher than what you’d find on sport bikes (making for a more relaxed riding position).

Brauer says standard bikes are great for beginning cyclists, as models typically offer low prices and a relatively comfortable, upright seat. “They’re good for a person who’s just figuring out how to ride because they don’t put you in an extreme ‘overriding’ position,” he says.

New standard bikes generally run around $8,000 to $15,000, with the Ducati Monster and Harley-Davidson SuperLow among the popular choices. 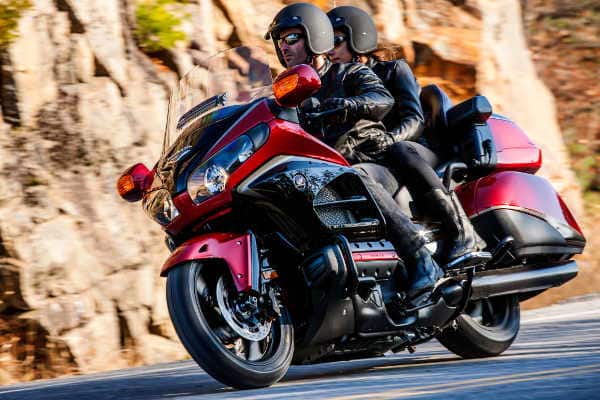 These are the minivans of the motorcycle world, with lots of passenger and luggage space and an emphasis on comfort rather than performance.

“Touring bikes are for people who don’t care about going fast, but who just want to enjoy the open-air feel of a motorcycle while having as much comfort and weather protection as possible,” Brauer says.

Consumers typically pay around $8,000 to $20,000 for touring bikes. Popular models include the Honda Goldwing and Yamaha Royal Star. 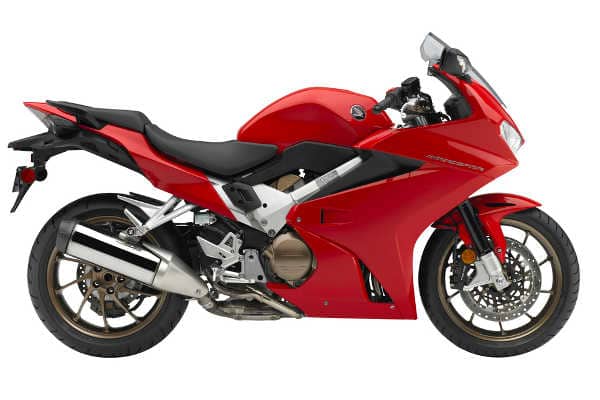 “Sport bikes usually appeal to younger, performance-oriented buyers,” Brauer says. “You can get a married, 45-year-old buyer in there, but they’re mostly popular with males under age 35.”

Well-regarded sport bikes include the Honda CBR and Kawasaki Ninja lines, with 2015 models typically running from around $9,000 to $16,000.

But be sure to set plenty of money aside for insurance premiums on these bikes. After all, sport bikes’ high speed and popularity among younger, riskier riders make them more expensive to insure. 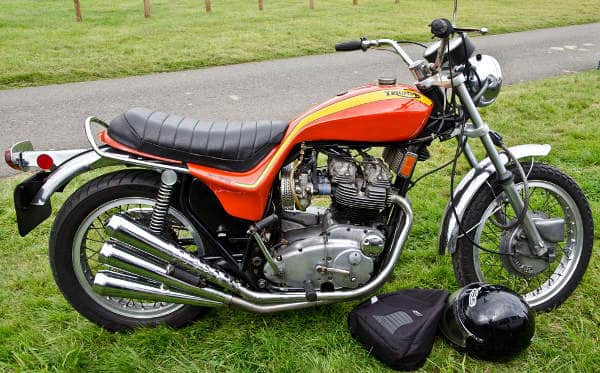 Collectors buy motorcycles from as early as the 1930s, paying up to six figures for the most desirable models.

“These bikes appeal to an older demographic that’s typically not going to utilize them as primary or even secondary transportation, but is just going to feature them in bike shows or rallies,” Brauer says. “They’re often seen as an investment than a hobby.”

Not surprisingly, all but the least-expensive vintage bikes typically cost a pretty penny to insure. Carriers will typically set your rate based on an agreed-to appraisal of a model’s worth, meaning high-end vintage vehicles can carry hefty premiums.

Ride safely — for more than just your rates

No matter which type of bike you choose, you’ll want to approach riding carefully if you wish to maintain a good insurance rate — not to mention your good health.

“To truly be prepared, motorcyclists should view crashes as an inevitability,” says Robert Beaupre, managing editor of Insure.com and a rider of 25 years. “There are numerous things that can cause crashes, some of which riders cannot control. But taking proper precautions can minimize the impact on your body and your insurance when dangerous situations arise.”

If you’re new to riding, or could just use a refresher, Insure.com’s list of things motorcycle buyers should know can offer helpful tips for safe riding, as well as finding the right coverage for your riding habits.

You can compare the best rates for your situation with Insure.com’s Best Auto Insurance Companies with ratings from surveyed policyholders.