Swimming in the assigned-risk pool for car insurance

If you have numerous speeding tickets, traffic violations or a recent history of car accidents, you may be swimming in the high-risk pool for car insurance. 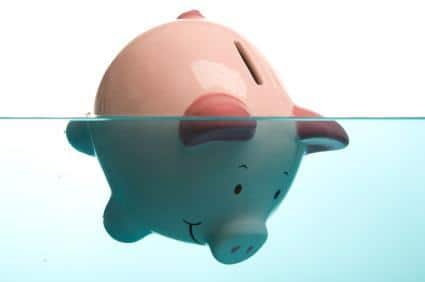 Over the years, the auto insurance industry has found ways to absorb most high-risk drivers into its ranks through “nonstandard policies,” where you pay a high premium but secure the liability insurance you must have by law to drive.

But there are drivers even the regular car insurance industry can’t help. These drivers can’t buy car insurance in the “voluntary market” because they are first-time drivers or their driving records are peppered with violations. These are folks who are expected to make future car insurance claims and car insurance companies don’t want them.

If you’re in that boat, you’ll have to dive into your state’s “assigned-risk pool,” also known as the “residual” or “shared” market. This is where risky drivers can buy car insurance policies at a high price from insurers who must accept them. According to the Insurance Information Institute (III), every auto insurer must accept a number of assigned-risk drivers in proportion to the amount of business it conducts in each state. Residual-market policies may be available for all types of vehicles, including commercial vehicles, motorcycles, motor homes, campers, all-terrain vehicles, snowmobiles and golf carts.

Nationwide, assigned risk business made up roughly 0.8 percent of the total written auto premium in 2008, according to a 2009-10 report from AIPSO, which provides services for insurers that operate in residual markets. Nearly $1.5 billion of premium was written in the private passenger and commercial auto insurance residual market that year.  However, due to advances in underwriting and changes in marketing strategies, the residual market has declined dramatically since the 1990s, according to John Verruso, director of communications for AIPSO. Back in 1989, by comparison, the residual market accounted for 8.9 percent of total auto premiums. A significant reversal of this trend is not anticipated.

“It will be interesting to see what happens,” Verruso says. “Historically, we have seen the residual market increase (during an economic slump).  The auto insurance residual market’s share of the total market may  grow in 2010.  If it does, it will still be nowhere near the levels we saw twenty years ago.”

Proportions of assigned risk premium vary greatly among states. North Carolina had by far the largest residual market in 2008 (the latest data available), with more than 14.4 percent of its total auto premium falling into that category, according to the AIPSO report. Massachusetts, in second place, had 6.1 percent in the market, followed by Maryland at 2.8 percent.

Though all 50 states and the District of Columbia have a residual market, there are four different systems. The most common is the “assigned-risk plan,” currently found in 42 states and the District of Columbia, according to III. These plans are administered through an office created by the state and governed by a board representing insurance companies licensed in the state.

Four states (Florida, Hawaii, Michigan and Missouri) have state-mandated pooling mechanisms through which all auto insurance companies doing business in the state share the premiums outside the voluntary market, as well as the profits or losses, according to III.

North Carolina, New Hampshire and Massachusetts have reinsurance facilities. Here, an insurer decides whether to handle the policy as part of its regular “voluntary business” or transfer it to the reinsurance facility. An insurer is permitted to transfer a percentage of its policies to the pool. Profits or losses in this pool are shared by all auto insurers licensed in the state, according to III. (Massachusetts began a three-year process to convert to an assigned risk plan in April 2008, according to III.)

Maryland is the only state that has its own state-funded system. Private insurers do not participate directly but are required to subsidize any losses from the operation.

How an assigned-risk pool works

Each state has its own eligibility rules for its assigned-risk pool, but typically you must have been declined for a car insurance policy or offered a policy at a rate higher than the pool’s premiums within the last 60 days. Some states may require that you’ve been turned down more than once. AIPSO has each state’s manual online.

Your car insurance agent will help you get a policy from the residual market. You’ll likely sign a declaration stating that you’re eligible under your state’s rules and your agent will tell you your rate and the insurance company to whom you’re assigned. This rate is set by your state insurance department, so no matter which insurance company you get, your rate remains the same. However, your premium will still vary according to factors such as where you live, your age and your driving record.

Even in the residual market, you’ll have some policy options. Of course you’ll have to buy liability insurance for at least your state’s minimum requirements, but you will likely have a range of liability-amount choices above that, plus the option to purchase collision and comprehensive coverage.

It’s possible you can get out of the pool within a year or two. Your residual-market insurer may offer you a policy in the voluntary market. States often provide incentives to insurers for these “take outs.” Or, you may be able to find a voluntary-market car insurance policy yourself. There’s no law against shopping around for car insurance!

The standard assigned-risk period is three years, according to Verruso. Then you’ll be back in the voluntary market and, one hopes, not returning to the pool.