You might have less car insurance than you think!

Insurance is supposed to serve as a safety net, but sometimes that net has some unexpected holes.

Even if you have full car insurance coverage, you could have less protection than you think because of exclusions and limits lurking in your policy’s fine print. Car insurance policies can vary considerably when it comes to who’s covered and when.

“Insurance is not a commodity,” says Bill Wilson, associate vice president of education and research for the Independent Insurance Agents & Brokers of America. “Buying an auto policy is not the same as buying a two-pound bag of sugar.”

Instead, he says, it’s more like buying a bicycle. You have to evaluate features, the company’s reputation and reliability and match the product for how you plan to use it. 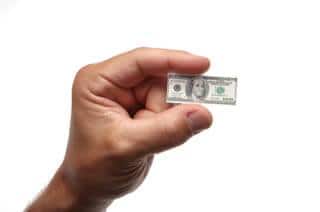 That’s why it’s not only important to compare car insurance quotes, but also to compare policy details before purchasing.

“You should always ask for a full copy of your policy and read through the whole thing,” says Penny Gusner, consumer analyst for Carinsurance.com. “It’s better to know what coverage you have than to find out you don’t have the coverage you need after something bad has happened.”

Here are six examples of how coverage might be less than you expected.

1. Lower liability coverage for some drivers

In some states insurance companies can include “step-down provisions” for auto liability coverage, which lower the policy’s liability limits to state minimum insurance requirements when you let a driver who’s not on the policy use your car.

“I’d call your insurance agent to ask, especially if you have a relative coming to visit who will use your car,” Gusner says.

That might sound simple, but the payout for UIM is complicated. Why? The amount paid from the at-fault driver’s liability coverage is deducted from the amount you can claim against your own UIM coverage.

Say, for instance, you face $50,000 in medical bills for injuries after a car accident; the at-fault driver has $25,000 in bodily injury liability coverage, and you have $25,000 in underinsured motorist coverage.

Your UIM coverage must be higher than the at-fault driver’s liability limits to do any good.

In some states, you can “stack” your UIM coverage – meaning combine the limits on two or more vehicles you’ve insured to get more protection. And in Connecticut, you can buy “conversion” coverage, so payments from your policy are not reduced by payments from the at-fault driver’s insurance.

Gusner says you should make sure you know how your UIM coverage works and evaluate whether to  increase the limits on your policy.

3. No coverage for injuries if you drink and drive

Thirty-seven states have alcohol exclusion laws, which allow insurance companies to deny medical coverage for injuries due to intoxication, according to the Governors Highway Safety Association. That means in those states your insurance company could refuse to pay for your medical treatment if you crashed and were injured while driving and impaired by alcohol or drugs.

Some policies exclude coverage if an unlicensed driver uses your vehicle and crashes. Bottom line: Be super picky about who drives your car.

“It’s awkward to ask to see your friend’s driver’s license, but then again you’re trusting someone with your car, and if they wreck and there’s no coverage, you’re the one who’s going to be responsible,” Gusner says.

Many policies exclude coverage for any business use of the vehicle, Wilson says. Borrowing someone else’s car won’t help either – their personal auto policy likely won’t cover your business use.

In addition, many policies exclude coverage for pizza or other delivery.

“Imagine how many pizza delivery drivers are on the road tonight without insurance,” Wilson says. “This exclusion could apply to all kinds of exposures, from delivery [of] newspapers to Mary Kay cosmetics.”

Some policies exclude coverage for theft without any evidence of forced entry, Wilson says, and some don’t offer coverage for upgraded and custom equipment. That can be a problem if you’ve made some after-market modifications to your vehicle.

Wilson recommends working with an agent who understands your needs and can explain the differences between policies.