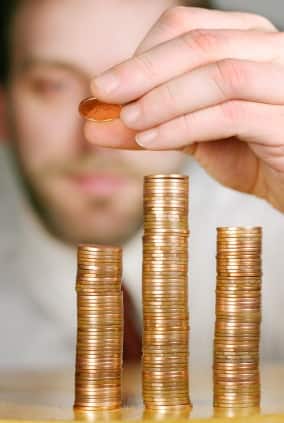 When you’re involved in an accident, having sufficient car insurance coverage is important. When an uninsured or underinsured motorist crashes into your car, that’s doubly true, because he or she doesn’t have enough to cover your medical bills and property damage. “Stacking” your uninsured/underinsured motorist (UM/UIM) coverage can be a lifesaver — if your state allows it.

Stacking UM/UIM coverages means you are able to collect from more than one car insurance policy to receive full payment for your injuries and property damage. Not every state allows this, so check the chart at end of this story. Here’s how you can stack your coverages.

You own an auto insurance policy under which two or more cars are insured with UM/UIM coverage. When you’re hit by an uninsured or underinsured driver, you collect the limits of your UM/UIM coverage under as many vehicles as necessary to receive full payment for your damages. For example, if you have a two-car policy with $50,000 worth of bodily injury UM/UIM coverage per person on each car, you can collect up to $100,000.

You own more than one auto insurance policy with UM/UIM coverage. (The policies could be with the same insurer or two different insurers.) To collect all of the damages, you could make a claim under the UM/UIM coverage of each of the insurance policies you own. For example, if you have one policy with $50,000 worth of UM/UIM bodily injury coverage per person and another policy with $25,000 worth of UM/UIM bodily injury coverage, you can collect up to $75,000 for any injury you suffer as a result of a collision with an uninsured or underinsured motorist.

Some state laws prohibit stacking of UM/UIM coverage, but many allow it in one form or another. Presently, 30 states have statutes, rules or case law that allows stacking. However, Robert Passmore, spokesperson for the Property Casualty Insurers Association of America, cautions that the details of your situation can affect your ability to stack coverage and that state laws, rules and codes change often as courts issue new decisions.

Also, in many of the states that allow stacking, car insurance companies are nonetheless permitted to insert policy language that prevents policyholders from stacking UM/UIM coverage. So while your state might permit stacking, if your policy expressly forbids it, you won’t be able to stack your benefits.

However, the laws in each state vary widely with each situation and often depend on previous cases that have been decided in court. The bottom line is that there is often no easy answer to finding out if you can stack your UM/UIM benefits.

What is uninsured and underinsured motorist coverage?
Car warranties versus auto insurance
How Does Gap Insurance Work and Do You Need it?
Non-owner car insurance: How to get car insurance without a car
Minimum car insurance requirements by state
Can I insure a car that isn't in my name?
Do you need full coverage on a financed car
Do you need the VIN number for the insurance quote?
Veterans and military guide to insurance
What is liability auto insurance?
The secret life of your car's VIN
5 questions to ask your car insurance agent
10 things that aren’t illegal but should be
SR-22 insurance: What is it and how does it work?
Auto insurance: How to make sure you’re not underinsured
Full coverage auto insurance: What it costs to get covered
Will my car insurance still cover my vehicle if I had it towed out of the road after hitting a deer? I have a witness to the event.
Double-car insurance dilemmas
How auto theft investigators work - and how to hire your own
How to cut your car insurance bill in half
12 things you don't know about car insurance that could cost you
Untangling your insurance during a separation or divorce
My wife was half asleep when she went out to scrape snow and ice off her car. She used a snow shovel, not realizing she picked up the one with the sharp metal blade at the end, so she scratched the car all over. Will her car insurance cover the damage?
My car was rear-ended and totaled but it was paid out by my insurance company and I am left with a balance on my car. Can I make a claim with the other drivers insurance company to pay the balance?
As I was backing out of the driveway I hit a parked car that was parked beside the curb in the street causing what looked like mild damage. My vehicle had no damage. Will I have to pay a deductible?
Don't let other people drive your car
15 things you didn't know your car and home insurance policies cover
Taking the slow lane by storm: Insurance for low-speed vehicles
Car insurance for blind drivers (you heard that right)
Would I lie to you about car insurance? Only if it pays off
Insuring your tricked-out, souped-up car
See more >

Where you can stack auto insurance coverage