Some are calling 2011 the “Year of the Electric Vehicle.” The most ballyhooed new electric cars, the Chevy Volt and Nissan Leaf, are generating a current of excitement, and other electrics will be unveiled soon.

Electric cars are powered by a battery that is recharged by plugging it into a charging station. They promise to reduce pollution and our dependence on oil and gas. 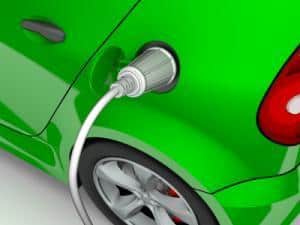 But will car insurance rates for electric cars be more expensive than those for conventional automobiles? According to James Bell, executive market analyst for Kelley Blue Book and KBB.com in Irvine, Cal., there are very good reasons for premiums on electric vehicles to be lower priced.

That assessment is based initially on similarities with the first hybrid cars. When hybrids were unveiled, they were rated as less risky than other vehicles, Bell says. The early hybrids were not sporty and tended to attract buyers who were intelligent, earth-minded and conservative. In short, they were the opposite of the reckless, risk-taking motorist who gets higher auto insurance quotes.

Except for the very limited edition, sporty Tesla, this coming generation of electric vehicles is much the same. Electrics are likely to attract the same brand of stable, conservative, safe-driving buyers to which early hybrids appealed.

Second, this wave of electric vehicles will likely be used for commuting and around-town errand running, Bell says. Range limitations and a lack of public areas for charging batteries mean they won’t be taken on long trips.

Third, although electric vehicles are associated with very new technology, they are based on a mechanics that are at least a century old and very simple.

“Electric vehicles have very few moving parts,” Bell says. “As far as reliability goes, that’s not a problem. This is an existing technology seen in golf carts. The mechanical part of an electric car is very tried and tested.”

Finally, electric cars will face less overall exposure to accidents because they will be driven considerably fewer miles. “The combination of factors — a safe driver, around-town driving and less complexity than ordinary cars or hybrids — would seem to suggest they would have lower car insurance rates than other cars,” Bell says.

Some juries are still out

“We have a make-and-model rating system based on our claims data,” he says. “We can see the makes and models that generate the most cost to us as an insurer for each type of claim. For instance, some vehicles do better than others at protecting the occupants of the car, and that shows up in our data. Some right front fenders are more expensive to replace than others, and that shows up in our data.”

The issue with electric cars is that there is not yet sufficient data to make any conclusions about whether they generate insurance claim costs that are more or less than average, he says. And that’s not unusual. Any time a new make and model is introduced, the company has to collect enough data to make conclusions. It’s a process that takes time, Luedke says.

Nonetheless, Bell anticipates that “the acceptance of electric cars should be based on the fact they exist and are an option for consumers in dealerships today, rather than on how high or low their car insurance rates are.”