In Birmingham, Alabama, the average car insurance costs $1,678 per year or $140 per month, based on a 2022 rate analysis by Insure.com.
Written by: Prachi Singh | Reviewed by: Laura Longero

The rates can vary wildly depending on where they are filed. City demographics, including population density and average resident age, will affect how much money you spend on premiums which could make it cheaper or more expensive than other areas with different factors like accident rates, theft and vandalism rates, etc.

Nationwide offers the cheapest car insurance in Birmingham, at an average of $1,013 per year with full coverage limits of 100/300/100.

The second cheapest company in Birmingham is USAA, offering car insurance rates at $1,191 per year. USAA offers car insurance only to members of the military, veterans and their immediate families.

The table below lists the average annual and monthly costs for the various car insurance companies providing coverage in Birmingham, Alabama:

Read about the best car insurance companies for 2022.

In Birmingham, the average car insurance rates based on coverage types are as follows:

To avoid compromising on the coverage and pay out-of-pocket expenses, it is better to have full coverage or non-owner coverage if you don’t own a car but borrow or rent one frequently.

The average car insurance rate for a female driver in Birmingham, Alabama, is $1,695 per year.

While the rate for a male driver is $1,678 per year, which is $17 less than what female drivers pay, according to a 2022 rate analysis by Insure.com.

Women are considered to be safer drivers than men, and statistics have proved this, according to the Insurance Information Institute. They often pay less for auto insurance because of their lower rate of severe accidents than men.

In Birmingham, car insurance rates are the highest for teens, at $6,552 per year or $546 per month. The rates are higher for teenagers (16- to 19-year-olds) as they are more prone to road accidents due to their lack of experience on the road, according to the Insurance Information Institute. There are driving laws for teens to help them drive better. Also, teen insurance rates can be lowered by adding teens to a parent’s auto insurance policy.

Car insurance rates are bound to decrease as teens grow older and earn a good driving record. Young adults pay $2,897 per year for their car insurance which is $3655 less than what the teens pay for their insurance policy.

The car insurance rates in Birmingham for adult and senior drivers are $1,720 and $1,686 per year respectively.

The car insurance rates for adults and seniors are lower than those for teens and young adults. “This is because they are more likely to obey the speed limits and follow the rules of the road,” says the Insurance Information Institute.

The table below depicts the average annual rates for drivers of different age groups:

The table below shows the trend for three years:

Insure.com, with the help of Quadrant Information Services, gathered data for car insurance rates in Birmingham, Alabama. The averages are rounded to their nearest sums. The data is based on the sample profile of a 40-year-old male driver who commutes 12 miles to work. All rates are based on the profile of a driver with a clean driving record, good insurance score, and full coverage policy.

The coverage limit for a full coverage policy is 100/300/100 liability with a $500 comprehensive and Collision deductible. 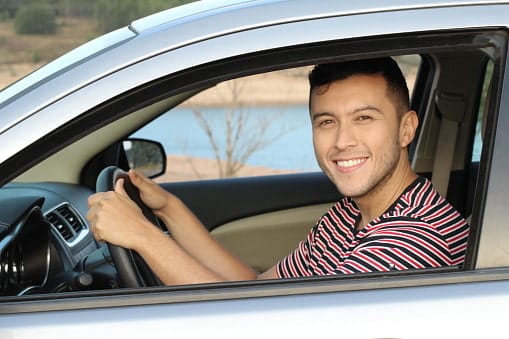