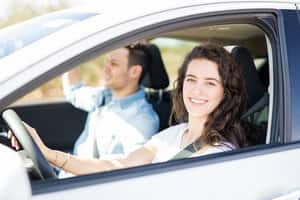 Gender is one way that auto insurance companies devise rates. However, states have banned the practice while other state legislatures are looking to include a third gender option of self-identification. Insurers are scrambling for new methods of comparison.

“Using gender is somewhat controversial as insurance companies maintain it’s a fair practice based on their actuarial research, while consumer advocates argue it is discriminatory,” Gusner said.

How do states handle gender and auto insurance?

Michigan’s ban on gender came as part of an overhaul of its auto insurance laws by the state legislature. Besides preventing insurers from using gender, they also can no longer use marital status, home ownership, education level, occupation, ZIP code or credit scores. This leaves insurance companies less non-driving factors to look at so they will focus on risk factors like driving record and years of experience. Michigan’s reform also changed up their no-fault system which was unique with no limits to now allow drivers to choose a top limit for their personal injury protection (PIP). Both changes were in the interest of bring down Michigan’s sky high car insurance rates.

In California, the change for gender was more of a targeted change than part of a major overhaul. The California Department of Insurance mandated that auto insurance companies operating in the state must file a revised class plan that “eliminates the use of gender as a rating factor.”

The California ban comes on the heels of another law that went into effect this year, which allows California residents to choose “non-binary” rather than “male” or “female” on driver licenses.

Gusner thinks this is just the start for states and insurers.

“I wouldn’t be surprised if other states begin to consider prohibiting the use of gender when setting car insurance rates as more people and state legislators are challenging the notion of using just ‘male’ and ‘female’ on identity forms,” she said.

Oregon has also attempted to alleviate the issue. Last year, the state’s Division of Financial Regulation issued a regulatory bulletin requiring all Oregon auto insurers to accommodate drivers who don’t designate male or female on their driver’s licenses. Insurers may continue to use gender as a factor in setting rates. However, they must submit documentation justifying how they rate those drivers.

The debate about gender and auto insurance rates has raged on since the 1980s. In 1985, Montana was the first state to implement “unisex” insurance legislation. That law required that insurers offer the same prices and benefits for auto insurance, regardless of gender.

The Wyoming legislature considered requiring insurers to use blended rates instead, meaning the lowest rates for woman and highest for men would be blended together and rates end up somewhere in the middle. This would have led to women’s rating increasing and men’s rates decreasing. However, a few big insurance companies threatening to stop doing business in Montana if blended rates were required, the state changed its tune and allowed insurers to charge all genders the higher rate. It doesn’t mean they did charge such high rates but the companies could.

Gender rights and equality issues are coming to the forefront. As more states make the necessary changes in official documents for how gender is listed, by making available a gender-neutral option, companies that use gender as a rating factor will have to take notice.

Insurance companies cannot ignore the gender issue and will have to make changes, either on their own or when forced to by state laws.

In response to being told that they may not use gender to set rates, insurers will likely increase rates on members paying lower rates.

Why do auto insurers use gender when setting rates?

The reason insurance companies often charge men more than women is all about risk.

If gender is taken out of the equation, insurers will continue to base rates on the other factors.

Who would be most affected by the removal of the gender factor?

Novice female drivers will pay more if gender is taken out of the rate calculation. Female drivers from age 16 to 24 pay, on average, around $500 less a year for car insurance compared to their male counterparts, according to Insure.com’s rate analysis. That’s 15 percent.

Here’s a look at the average rates by age and gender:

Methodology: Insure.com commissioned Quadrant Information Services in March 2018 to get quotes for a 2017 Honda Accord for a policy with terms of 100/300/100 with a $500 deductible. We used 10 ZIP Codes for each state for at least six car insurance companies.

How much does gender affect auto insurance rates?

Auto insurers don’t charge the same rates. They have different underwriting policies. That leads to insurers weighing some factors more than others. That results in different rates.

Whether you pay higher rates for your gender, driving history, or where you live, there are still ways to get lower rates.

Here are three ways to get cheaper car insurance:

Your gender may play a part in your car insurance rates, but make sure to take advantage of these ways to save on auto insurance.