How to make your insurance agent nervous: 10 questions to ask 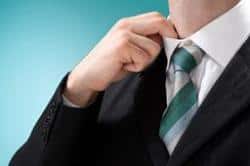 Most insurance agents are honest folks, but consumer advocates say agents are receiving more incentives to be less truthful. Here are 10 questions you should ask an agent before you buy that auto, home or life insurance policy.

Is this the same insurance company that I see advertised on TV?

Look at regulatory filings for a typical state such as New Jersey and you’ll see that there are four “geckos”: GEICO Indemnity, GEICO General, GEICO Casualty and Government Employees Insurance Co.

Similar setups are used by other major insurers as well.  They allow the parent company wiggle room to place different classes of drivers (such as risky drivers versus claims-free drivers) into different units of the company. By so doing, the insurance company can apply for different increases for car insurance rates based on its profit and loss in that unit rather than the whole company. For example, in 2009, Allstate New Jersey Property & Casualty received a rate increase of 6.9 percent, while Allstate New Jersey Insurance received 8.9 percent.

How much information about me do you already have?

According to a recent Wall Street Journal story, insurers are now amassing “vast dossiers” on people such as online shopping habits, magazine subscriptions, leisure activities and social networking sites which they use to show how long people are likely to live. Insurers think that in the future this data might provide reliable indications of your “risk” as a customer. British life insurer Aviva, which used this data to analyze 60,000 prospective applicants, found it “persuasive.”

Do my occupation, credit rating and education count against me?

“If I can get your occupation, credit score and education, I can pretty much ballpark your income,” says Eric Poe of Cure, which sells auto insurance but doesn’t use these yardsticks. They are, however, acceptable as “rating factors” for home and auto insurance, according the Property Casualty Insurers Association of America. And while many states restrict their use, few deny insurers the right to use them. The Insurance Information Institute asserts that credit history is a “proven, accurate indicator of how likely a person is to file a future claim and the potential cost of that claim.”

But consumer advocates claim that some insurers “red line” the poor and reward the rich, who generally get lower rates by having higher credit scores, while candidates with poor credit scores pay more.  Poe thinks that’s unfair. He cites a study by Quality Planning Corp. which found that doctors had the second highest frequency of accidents, with lawyers and architects close behind.

So why do insurers use the so-called “wealth” yardstick? Poe says that wealthy clients make more money for the insurer. They typically insure new cars with full coverage, are more likely to buy “umbrella” policies for extra auto and home insurance liability coverage, and usually cover “fender-bender” damage out of pocket rather than file a claim.

Can I see the auto insurance company’s “surcharge schedule”?

A surcharge schedule shows how much your car insurance prices will increase after an at-fault accident. Increases of over 100 percent are not unheard-of. Some insurers are known to offer low, attractive rates initially, but make up for those low prices by hitting drivers with massive rate hikes after an accident claim. Before you sign, ask for the surcharge schedule so you’ll know what you’re in for if you cause an accident (or two).

Will my car insurance claims be decided by a computer?

Bob Hunter, director of insurance at the Consumer Federation of America (CFA), sees a growing trend by car insurance companies to outsource both injury claims and property damage to companies that use “computer-generated” models to calculate payment. Insurers say that they can concentrate on growing their business and lowering overall costs by outsourcing claims to third parties. But the New York State Insurance Department is in the preliminary stages of examining auto insurers’ use of this claims-handling software, and an attorney Web site claims that one of these software systems, called Colossus, checks up on lawyers to see if they take cases to court before a settlement is offered.

Even some insurance employees complain about this process. “The most clear-cut, rear-end hit claims sometimes take way too long,” complains an adjuster for a state-based mutual insurer. “Pretty much all the major companies are sending all incoming paperwork to a third party.”

“Frequently there’s a range set for claims,” says Hunter. “Before you settle a claim, ask to see the range and the calculation that was used to arrive at the offer. Even the insurer’s highest offer is often below what the real payout should be.”

“Lapse rates” for life insurance policies, meaning the number of people who abandon payments, are 8.3 percent the first year, leveling off to 2.6 percent for older policies, according to a study by the Society of Actuaries and life insurance research organization LIMRA. If policyholders discover in subsequent years that they really can’t afford the premiums, they often lose a lot of money by walking away from their life insurance policies.

Many insurers offer a “free look period,” usually 10 days, following the purchase of a life insurance policy in case the buyer wants to change his or her mind, says Steve Brostoff, a spokesperson for the American Council of Life Insurers (ACLI). But buyers should beware that free look laws vary from state to state.

Could an independent “fee-based planner” decide my life insurance needs?

Hunter recommends a fee-based planner, even though the initial cost may be higher. “People suffer from a mixture of fear and boredom when they buy insurance, so they go to an agent and say, ‘Take me, I’m yours.’ Agents may pick out the policy with the highest commission, and they will rarely tell you that you don’t need a big whole life policy or whatever they are selling,” says Hunter.

A planner’s fee is fully disclosed and he or she works for you, not the insurer, which Hunter says “could save you thousands of dollars.”

How will interest rates affect my whole life insurance policy?

Over time your premiums could accumulate interest-free to the amount your agent is calculating for your whole life insurance policy. But if interest rates decline, policyholders may have to put more money into the policy to get back what they’re hoping for, says the CFA’s Hunter. Both MetLife and Prudential Insurance had to pay more than a billion dollars in fines and restitution during the 1990s to settle lawsuits filed against them when their agents promised prospective buyers that their premiums would “disappear” over time.

The ACLI’s Brostoff says that the National Association of Insurance Commissioners (NAIC), which regulates the nation’s insurance industry at the state level, has a model for policies that life insurers are supposed to follow and which specifies the required disclosures. However, some insurance agents were known to “turn over the corner of the page” to keep customers from seeing these disclosures and marketed life insurance as retirement accounts, Hunter notes.

How much in up-front commissions do you make on this life insurance policy?

“Front-end commissions can be very high for many life insurance policies,” says Matthew Gaul, deputy superintendent of the New York State Insurance Department. While New York limits life insurance compensation to 99 percent of the first-year premium, trailing off to 20 percent by the fourth year, other states do not. Many insurers pay their agents less than the first year’s premium in compensation, especially for term life insurance policies, but they nearly always pay more for whole life because it’s considered a hard sell.

How much do you make in “contingent commissions”?

Insurance agents have to be paid. “Captive agents” sell only one insurer’s products while “independent agents” sell multiple brands of insurance. An independent agent’s motives to recommend one policy over another are not always clear. Insurers often offer them incentive to sell their brand with financial rewards that are “contingent” on the amount of insurance sold.