Seniors: Take a Class, Get an Auto Insurance Discount 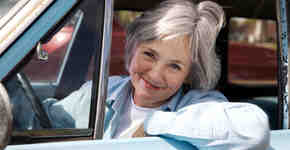 Nearly one in every five licensed drivers in America is aged 65 or older, up from one in seven a decade earlier. Statistically, these older drivers are the safest drivers — the least likely to be involved in a crash. But they are also far more likely to be seriously or fatally injured.

Given the years — make that decades — since high school driver’s ed class, a defensive driving class could be in order. Anyone can use a rule refresher, and older drivers can benefit by learning how best to compensate for reflexes that may be dulled by age or medications.

In fact, safety experts and state regulators feel so strongly about the benefits of classroom refresher courses — even for those who’ve never had an accident or racked up a single ticket — that a majority of states require insurance companies to offer discounts to drivers who complete a verified course. Even in states where a discount isn’t the law, most auto insurance companies still offer a break for taking a defensive driving course.

The AARP Smart Driver Course, launched in 1979 as “55 Alive,” is the largest and most well-known defensive driving course for those of a certain card-carrying age.Last year, 475,000 people took the course, either online or in a class held at a senior center, car dealership, library or other community space.

“The driving landscape has changed dramatically in the past 30, 40, 50, and even 60 years since many American drivers received their driver’s licenses,” says Kyle Rakow, AARP’s vice president and national director. “As technology in cars, the road rules, and even us as people evolve, it’s critical that as drivers we refresh our knowledge and skills. An AARP Smart Driver course can help you stay current with changes in technology and the driving experience.

What is a defensive driving class?

The AARP senior driving class is four to eight hours long, depending on the state, and includes no written or road tests.What it does include is a good deal of discussion about aging’s effect on seeing, hearing and reacting, and tools that drivers can use to compensate. It reviews road rules most of us haven’t visited since driver’s ed oh so many years ago.

And it appears to work. An independent study by the Eastern Virginia Medical School showed that those who took the course made fewer hazardous errors than those who did not, and were better able to regulate their driving behavior, such as scheduling around night-time driving, for example, or altering routes to avoid high-speed traffic or tricky intersections.

One example: After learning about the high rate of left-turn injury accidents among older drivers, course participants proceeded with greater caution through left turns.

What is a mature driving course?

Most who take the AARP driving course are in their early or mid 70s, although the course is open to drivers of any age. Some attend with their teenage grandchildren, and it’s unclear who is dragging whom.

“When we start, I’ll ask, ‘What’s the difference between a yellow line and a white line?’ ” Harold Sterling, a retired Ohio State Highway Patrolman and former instructor in Illinois, said. “And everyone says, ‘You can’t pass on a yellow line.’” Once, in a neighborhood watch meeting, he saw the local police chief lean over and ask his traffic commander, “What’s the answer?“Everyone thought they knew the right answer, and no one did. It’s other things just like that.

The AARP revamped its course in 2014 after consulting with gerontologists, driving experts, and scientists at the MIT Age Lab. Some of the results were surprising: for example, finding that a review of the basics should be included.

More than 3 million Americans will turn 65 this year.When they were born, the U.S. Interstate system didn’t exist. They took driver’s ed some 50 years ago. Drivers have since become more distracted, freeways more crowded.After taking a defensive driver course, 93 percent surveyed later told AARP that they had changed at least one driving behavior as a result, and 83 percent said they thought the information gained prevented them from being in a crash.

Will a senior driving course affect my record?

One challenge instructors face is convincing drivers who don’t need to shave traffic points to come take the class. Instructors say that older drivers are willing to talk about the challenges of aging but fear that their license will be pulled if authorities think they’ve forgotten some driving information. But that fear, which is hardly surprising in this age of data mining, is unwarranted.

“Our whole purpose is for people to retain their mobility,” said Sterling. “You can tell there’s a change in attitude from the beginning of class to the end as they become more comfortable discussing their driving experience and the changes on the road today.

How much do you save with a defensive driving course?

Can I take an online defensive driving course?

Some states only mandate the discount for an approved in-person course. But as of July 2016, the AARP reported that 23 states and the District of Columbia did require insurance companies to offer insurance discounts to individuals who completed a state-approved online driver safety course, as well.

How much does the senior driving class cost?

A discount lasts three years, at which point drivers can repeat the course. The cost of the course varies by location, but is typically $25 to $30. You can find a nearby classroom or register for the online course.