If the thought of your teenager sitting behind the wheel of a car scares you to death, it doesn’t mean that you’re overreacting. Based on traffic statistics, your fears for your child’s safety are well founded. That’s why it’s important for parents to do everything they can to help teens become skilled and careful drivers.

Car accidents are the leading cause of death for teens in America, accounting for more than one in three deaths in this age group, according to the Centers for Disease Control and Prevention (CDC).

In 2011, an average of seven teens ages 16 to 19 died each day from car accident injuries. These young drivers are four times more likely than older drivers to crash for each mile driven. That’s why having a teenager on your policy can greatly increase your auto insurance rates. 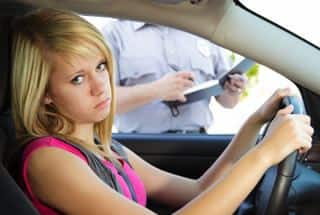 Greg Haberman, owner of Teen Driving School in San Diego, says teenagers are quick learners and often master the fundamentals of driving very quickly. Their biggest challenge is concentrating. Most young drivers are easily distracted, particularly in their early months of driving.

“They are preoccupied by other things than traffic: their CD players, the radio station, cell phones,” he says. “They are not focused on the street.”

The good news is that teens can be schooled to be good drivers who avoid accidents and help hold down their family’s car insurance quotes. What they need is strong parental involvement and adequate supervised time behind the wheel. As a parent, you shouldn’t be reluctant to enforce strict rules about safe driving. Be prepared to confiscate the keys, if necessary. Let your teen know that driving is a privilege they may lose if they don’t follow your guidelines.

“If you do not feel your son or daughter is ready, do not let them drive,” says Phil Berardelli, author of the book “Safe Young Drivers: A Guide for Parents and Teens.” “No one under 18 in America can drive without parental or guardian permission.”

7 signs to watch for

Here are seven signs that you may need to limit or even suspend your teenager’s driving privileges:

On the positive side, the number of teenagers who died in motor vehicle crashes was 8,748 in 1975 compared to 2,650 in 2011, says the Insurance Institute for Highway Safety. One thing that has been helping reduce teen fatalities is graduated driver licensing programs. They are designed to increase supervised driving time. Forty-nine states and the District of Columbia now have a three-stage licensing system, but they vary in strength.

According to the National Safety Council, graduated programs begin with a learner’s permit that allows driving only while supervised by a licensed driver. Before receiving a full license, the teen receives a provisional one that allows unsupervised driving under restrictions that limit nighttime driving and the number of vehicle passengers. The goal is to give the student driver satisfactory training and experience before allowing unlimited access to a motor vehicle.

Parents need to be observant

Instructor Don Crites, president of the Oregon Driver Education Center, says parental involvement is essential to make graduated programs effective. “On the parent’s side, it’s finding the time and making a commitment to spend time in the car with the teens.”

While there may be clear warning signs that the teenage driver in your family needs more supervision, not every parent sees them, says Crites, who is based in Salem, Ore. He recalls being approached by a stressed-out mother of a newly licensed teen, following a presentation he made at a seminar. “She said, ‘I am so sick of paying for my son’s speeding tickets, what do I do?'” The answer is to take away the keys.

Many drivers in training are given use of the family’s oldest and least reliable car, to prevent them from damaging a newer model. While it isn’t necessary to buy a new car, make sure your teen’s vehicle includes sufficient safety features, such as functional airbags and anti-lock brakes.

The Automobile Club of Southern California says one way to help put your teen driver on the right path is to enroll him or her in a driving school that encourages parental involvement. Once your teen is in the market for insurance, be sure to shop for the best car insurance quotes. Ask about discounts for such things as driver’s education courses and good grades.

Remember, if your teen develops a checkered driving record, no amount of comparison shopping will help you avoid high auto insurance rates.