Who’s doing what? The rise of usage-based auto insurance

Auto insurance companies would really like to know how well you drive on a daily basis. Usage-based insurance (UBI) products let them monitor your driving in exchange for offering you potentially lower rates.

The tracking devices typically used for UBI policies tell them when you go out, how far you drive, how much and how hard you brake, and how rapidly you accelerate. 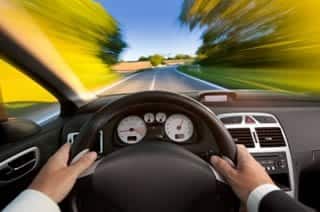 If you agree to use such devices, you could be eligible for discounts of up to 30 percent on your car insurance rates.

Currently, about 1 percent of drivers benefit from some form of UBI, says Bob Mathe, president of Evogi, which designs and engineers telematics solutions for insurers. In five years, that number could be as high as 20 percent, predicts Mathe. By 2020, it could be as high as 30 percent.

In fact, insurers that have just begun thinking about telematics-based pricing are way behind, says Mark Hill, senior manager of Deloitte Consulting.

Not only are they behind, but they also run the risk of losing their customers to early adopters that are rewarding their policyholders for safe driving, says, Stephen Packard, director of Deloitte Consulting.

Drivers don’t seem to mind giving up their personal information as much as you might expect. “Many consumers feel the discounts more than offset the loss of privacy,” Packard says.

In recent surveys, Towers Watson, global professional services company, found that more than 80 percent of drivers are willing to install tracking devices for the benefit of a discount, says director Robin Harbage.

It could be that in today’s world, people are used to relinquishing their privacy, Mathe says. Many smartphones today gather and store all of the same information kept by telematics devices installed in a car, he says.

Between Facebook and location-based social apps like FourSquare, “more and more people are sharing their intimate information all the time,” Harbage says. And they think nothing of it.

No device, no insurance?

Could there come a day when auto insurers require you to have a telematics tracking device in your car?

Yes and no, Mathe says. Someday all insurance companies will require actual verified mileage to price car insurance, he predicts. However, he adds, “I don’t believe even though the information is available from your car [that] you ever will be required to share the specifics of your personal location to get insurance.”

But your car insurance company may wonder why you are unwilling to let them see how you drive, Packard says. And there will always be some drivers who refuse – but they may end up paying higher premiums for their refusal to be tracked.

If you’re interested in usage-based insurance that uses a tracking device, your car must have been built in 1996 or later. Here are some currently available UBI options:

Allstate’s usage-based program, Drive Wise, is available in three states (Arizona, Illinois and Ohio) and is expanding to additional states this year. Drive Wise participants plug a small telematics device in their vehicle that records and scores their driving habits. During the first policy term, Drive Wise customers are rewarded with a 10 percent discount. During subsequent policy terms, drivers with the safest driving scores and lowest mileage can earn savings up to 30 percent.

American Family Insurance recently completed a pilot usage-based insurance program. “We are assessing the results,” says spokesperson Steve Witmer. “It’s likely we will move forward by offering a program to our customers.”

Esurance, working with the wireless carrier Sprint, recently launched usage-based insurance in Texas. Drivers are eligible for discounts of up to 30 percent based on driving habits, which are recorded with the use of a device that plugs into the car’s diagnostic port. The information is carried over the wireless network. Sprint and Esurance also have a pilot program for policyholders in Arizona.

GMAC Insurance was among the first to offer discounts to drivers who install devices that monitor their speeding habits, braking patterns and time of day driving. GMAC uses OnStar to gather data. Discounts range from 54 percent to those who drive less than 2,500 miles a year to 13 percent for drivers who log up to 15,000 miles a year. It is offered to policyholders in 35 states.

The Hartford and Octo USA Inc. have partnered to offer drivers a usage-based program, TrueLane. Drivers install a small device in their car’s diagnostic port. The device records the vehicle identification number, time of day, speed and location. The information is transmitted to The Hartford via Octo’s services over a cellular network. When you enroll, you receive a 5 percent discount. After a minimum of 75 driving days, you may receive a discount of up to 25 percent, depending on your driving habits. TrueLane is available in five states (Connecticut, Minnesota, Missouri, Oregon and West Virginia) and is expanding to more.

Progressive’s pay-as-you-go driver discount program, Snapshot, is available in all states except Alaska, California, Hawaii, Illinois, Indiana, North Carolina, Tennessee and Washington. Drivers who enroll are mailed a tracking device to install on their cars. After using it for 30 days, they can see what discounts they’re eligible for based on their driving habits. Discounts can be up to 30 percent. Policyholders must stay plugged in for five more months to get their ongoing renewal discount. You can even try Snapshot for 30 days without being a Progressive customer.

Travelers launched a usage-based program late last year called IntelliDrive. It’s available in four states (Illinois, Ohio, Oregon and Virginia) and will be expanding. Drivers who install a tracking device receive an immediate discount of up to 5 percent. At renewal, drivers can receive additional discounts of up to 20 percent depending on their driving habits and state regulations.

Safeco Insurance, a subsidiary of Liberty Mutual, has a UBI program for drivers who have received a traffic ticket or caused an accident but want to avoid higher rates. Drivers with violations or accidents can sign up for Rewind and will be given a device to install in their cars that will monitor behavior behind the wheel — including their car’s mileage, speed, acceleration and location. After four months, drivers who prove they are responsible can have any surcharges as a result of the incidents waived. Rewind is not available nationwide.

State Farm is offering a Drive Safe & Save program to drivers with an active subscription to OnStar. OnStar is built into more than 30 GM models but can be added to any vehicle. State Farm requests odometer information from OnStar every 30 days after you enroll. After six months, State Farm will adjust your premium to reflect your usage. Most drivers should see a reduction. Discounts range from 10 to 50 percent depending on how safely you drive, when you drive and how much you drive. The program is available in 14 states: Alabama, California, Colorado, Florida, Georgia, Illinois, Indiana, Michigan, Minnesota, Ohio, Pennsylvania, Texas, Utah and Washington.