How to get insurance for your deductible

Oh what a tangled insurance web we weave. If you can’t stand the thought of paying your deductible when you make an insurance claim, you can now layer on another insurance policy to cover yourself.

Raising your deductible is one way to lower your home and car insurance rates. But what happens if you get in a wreck or a water pipe bursts and you can’t afford to pay that deductible?

Such a scenario is behind the idea for a new kind of insurance policy that covers the deductible on auto, boat and home insurance claims. 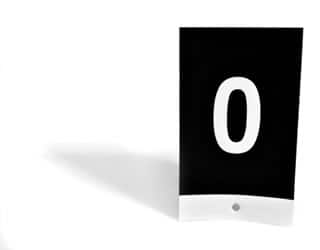 How does zero deductible insurance work?

In return, the policy pays the deductible amount for any claim your property insurance company pays. Say, for instance, that burst water pipe caused $3,500 in damage to your home. With a $2,500 home insurance deductible, the home insurer would pay $1,000, and you’d have to cough up $2,500 for the rest of the $3,500 repair tab.

The product is now available to residents in Arizona, California, Idaho, Nevada, Oregon, Utah and Washington, but the insurers plan to expand it to other states, Andreas Diwing, the program’s managing director, says. He believes it is the first product of its kind.

“In hard times people opt to increase the deductible to save on the premium,” he says. “But a lot of people now can’t afford the high deductible.”

He cites a AAA survey released in August that found one in four American drivers could not pay for a $2,000 car repair bill if faced with one today, and one in eight would be unable to pay for a $1,000 repair. The Zero Deductible policy allows customers to raise their property insurance deductibles to save on premiums but still have a backup for paying the deductible if they have to file a big claim. The program offers a 10 percent discount for buying multiple policies and another 10 percent discount for going one year without filing a Zero Deductible claim. There is no penalty, though, for filing multiple claims on the policy.

“If you’re watching your budget, it is better to raise the deductible,” she says. “It’s not financially wise to file a lot of small claims. It’s better to save insurance for bigger losses and to pay smaller losses out of pocket.”

Zero Deductible insurance could be a good buy if the extra financial protection on big claims allows a savvy consumer to raise the deductible and save on premiums, says Bach.

Raising a $250 deductible on collision and comprehensive car insurance to $1,000 can cut the premium by 40 percent or more, according to the Insurance Information Institute (III).

Bach says to read the fine print of any policy before purchasing, and make sure you keep track of the policy if you buy it. The more policies you have, the harder it is to keep them straight, which is why consumer advocates dislike the fragmenting of insurance products–multiple policies to protect one thing.

Diwing says it’s too early to forecast sales of the product, but the program has generated a lot of requests for information. For now American Marine Insurance Services is selling the product directly through an 800 number and through ZeroDeductible.com.