You’ve just crashed into another car. Thankfully, you’re not hurt and your auto insurance company is going to make everything good again by repairing your ride. You expect your insurer to make your car as good as new, right?

The purpose of having car insurance is to make sure you’ll be made whole following such a loss. However, your concept of what “whole” means may not be the same as your insurer’s.

Your insurance company pays for the repairs on your car (minus your deductible). But if you decide to sell your car afterward, you may discover that it’s not worth as much as it was before the accident. In fact, you will likely receive less money for your vehicle — whether you sell it the day after repairs or next year. This could happen even if the repairs were top notch.

What happened? Your car has experienced diminished value, also referred to as diminution in value. 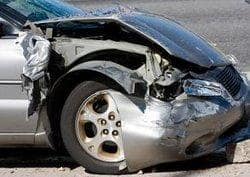 The Insurance Services Office (ISO) explains it this way: “A late-model car with a market value of $15,000 is involved in a collision and incurs substantial damage. Repairs cost $6,000, and the owner’s insurer pays the $6,000, minus a deductible of $500. The owner decides shortly after making the repairs to sell the auto and finds out that he or she will only be able to obtain a price of $12,500 for the car, or $2,500 less than he would have been able to receive had he sold the car the day before the accident. The $2,500 difference in the market value of the auto because of the collision is commonly referred to as diminution in value.”

Can you get that $2,500 back from your car insurance company?

Unless you live in a select few states, there is little recourse. ISO creates and files auto insurance policies with all states that insurance companies can then use for coverage – although some insurers create and file their own policies. ISO has authored language that exempts insurance companies in nearly every state for making diminished value payments to policyholders for auto accident claims.

“ISO’s diminution in value exclusion endorsement, which has been approved by insurance regulators and is available for use in 46 states, Washington D.C and Puerto Rico, applies to first-party physical damage claims. This endorsement has not been approved in Georgia nor in Kansas. Hawaii and North Carolina are under the jurisdiction of an independent bureau,” states ISO.

The roads to diminished value

Do your car insurance rates give you adequate protection from diminished value? Consumer advocates believe policyholders should be entitled to a check for the difference in car value after a wreck. 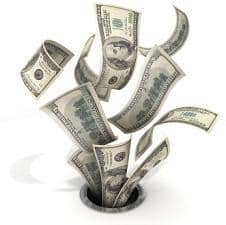 There are three schools of thought as to why a vehicle experiences diminished/diminution value after a wreck:

Whether car insurance companies will reimburse you for diminished value depends on the company and its policy language.

State Farm spokesperson Kip Diggs says that, in most states, first-party claims (meaning you crashed your car) for diminished value are not recoverable.

Car insurance claims against someone else

But what if someone else crashes into you (a third-party claim)? Shouldn’t they, and their insurance company, be responsible for reimbursing you for your car’s drop in value?

In third-party situations, depending on state law, you may be able to collect for a loss of value that can be proven.

“Third-party claims may be payable on a case-by-case basis under liability coverages. That’s based on state law and is not a part of the insurance contract. As is the case for any other third-party claim, State Farm may require proof of the alleged loss of market value,” Diggs says.

According to Diggs, “In the past decade, a number of courts have squarely addressed the issue of diminished value claims under comprehensive and collision auto insurance coverages.”

The majority of these courts have ruled that comprehensive and collision coverage limit liability to payments for proper repairs and do not provide for payments for losses in value, he says. State supreme courts that have set this precedent include those in Delaware, Indiana, Florida, Maine, Massachusetts, South Carolina, South Dakota and Texas. A few appellate courts have made similar rulings, including those in Illinois, Louisiana, Missouri, Pennsylvania, Tennessee and Wisconsin.

State Farm holds that most cars will not sustain a reduction in value as a result of an accident if they are properly repaired. “Sometimes, where repairs are not properly done, a vehicle might lose some value,” the company said in a prepared statement. “However, in those circumstances, we typically work with the repair facility and the vehicle owner to resolve issues relating the quality of repairs.”

It’s in no one’s interest to return a car to the highway that isn’t roadworthy. Diminished value payments or not, auto insurance companies have a vested interest (and contractual obligation) to repair your car so that it’s in good working order.

Can you switch car insurance after an accident?
What to do after a car accident that's not your fault
You crashed a what?!
Friend crashes your car: What happens if someone else crashes your car
Are you entitled to brand-name car repair parts? Know your rights
Why your insurance company has to pay for your illegal acts
How much will my insurance go up after an accident?
What to do after a car accident
Best and worst vehicles for preventing passenger injuries
It's not your fault that you're to blame
How to make a car insurance claim for a hit-and-run accident
In over your head: What happens if accident damage exceeds your car insurance?
How to avoid problems with salvaged vehicles
Auto direct repair programs reduce headaches
See more >