Arm in a cast? On pain meds? Maybe you shouldn’t drive

After he mends broken bones, orthopedic surgeon Geoffrey Marecek has a job few people would envy: Telling his patients how long they have to wait until they can drive.

It’s not easy, “especially here in L.A. where people are so dependent on cars,” he says.

Unfortunately, people who fail to consult with their doctors or follow their orders commonly drive while they’re still in casts or taking pain pills. By getting behind the wheel too soon after an injury or surgery, they risk their own lives and those of others.

So how long should you wait?

It can be weeks to months before you should get behind the wheel, but much depends on a person’s own recovery rate, according to a November research review article in the Journal of the American Academy of Orthopaedic Surgeons. Marecek, an assistant professor at the University of Southern California Keck School of Medicine, co-authored the article with Dr. Michael Schafer, an orthopedic surgeon and a professor at Northwestern University’s Feinberg School of Medicine. 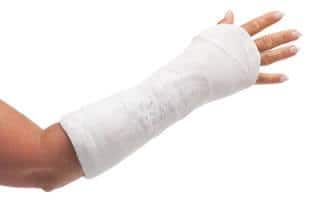 In some instances, the recovery times for safe driving might be longer than you’d think.

“The impression in the lay press is that it’s a very quick surgery, and you’re back on your feet,” Marecek says.

But studies show it takes four weeks after the surgery to regain full ability to brake safely in an emergency.

The surgeons delved into the driving issue because, although a variety of studies had been done to measure when it’s safe for patients to drive, there were no published guidelines.

It’s tough for doctors to get an objective measure in their own practices because clinics usually don’t have driving simulators for testing patients’ abilities.

Usually physicians say it’s OK to drive when the patient is out of a cast, can fully bear his or her weight or can grip the steering wheel with full strength, the authors write.

Marecek and Schafer note that in one survey, surgeons let patients drive an average of seven weeks after surgery for an ankle fracture, even though a study published five years earlier concluded that it took nine weeks to brake safely after such an injury.

But those should be used only as a framework, Marecek says. People recover at different rates. Much depends on a patient’s motivation, age, previous injuries and other medical issues, such as arthritis, he says.

Although the timeline for driving after surgery may vary, there are clearly some situations when you should not drive. Don’t get behind the wheel if you are:

So what if you drive too soon after an injury and cause a wreck?

“If you get in an accident with a cast on your arm, your insurance will still cover you,” says Tully Lehman, spokesperson for the Insurance Information Network of California.

But that doesn’t mean the decision to drive won’t cost you. Besides risking injuries to yourself and others, an accident could ding your driving record.

“You could end up with points on your record, which could dramatically change your insurance rates going forward,” he says.

Ultimately, paying higher car insurance rates for a few years will only extend your pain.

Marecek says if you know you’ll be having surgery, talk to your doctor about the recovery time for driving, but make sure you have a backup plan in case it takes longer than expected.

“Patients like to plan things out, and they want to know exactly how many weeks it will take to recover,” he says. “With driving, it’s an individualized answer.”

After they’ve recovered, but before they hit the highway, Marecek suggests patients go with someone to an empty parking lot to practice driving and make sure they can maneuver safely.

Tempted to drive before your doctor gives the OK?

Marecek says to imagine what would happen if a child darted in front of the car and you weren’t able to brake in time.

“I emphasize with patients that it’s not just about them,” he says. “It’s about everyone else on the road.”