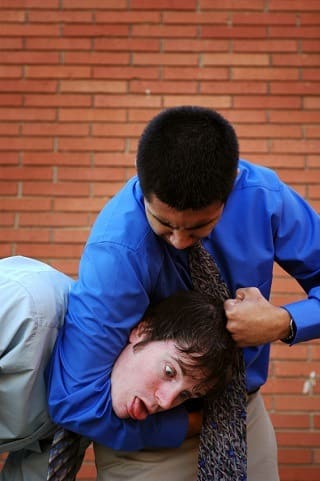 Price optimization is a little-known technique that penalizes loyal auto insurance policyholders by charging them higher rates because their insurer believes they are unlikely to shop around for a better price.  By mining data on customers and testing incremental price increases, some insurers try to predict who is less likely to switch companies, and then charge those customers more in order to squeeze out higher profits.

The practice is under review by some state insurance regulators, thanks to the spotlight shined on it by the Consumer Federation of America (CFA).

The CFA, a consumer advocacy group, recently pointed to an Allstate insurance filing in Wisconsin. CFA Director of Insurance J. Robert Hunter says the filing shows that car insurance companies “are bringing new illegal pricing structures into the insurance market.” Insurers use “big data” to identify customers unlikely to switch carriers and then charge them more, he says.

Allstate denies this, as does the Insurance Information Institute, which speaks for the industry.

Nevertheless, the CFA study has prompted several state insurance regulators to investigate price optimization, as well as the National Association of Insurance Commissioners (NAIC), which sets the guidelines for all 50 states.

The Maryland Insurance Administration had already informed car insurance companies that this practice violates its state code and had to be fixed by the start of this year.

Paying eight times as much for car insurance

According to the CFA’s analysis, Allstate’s rate filing in Wisconsin shows that the insurer  “micro-segments” its policyholders into groups that could either receive a big discount or pay as much as 800 percent of the standard premium.

In one example in the filing Allstate indicated that a driver could pay 30 percent more than another driver in the same city with the same perfect driving record just because their birthdays were three months apart.

In Hunter’s opinion, this shows that Allstate is looking at factors far beyond one’s risk of having a car accident.

Instead, car insurance companies try to identify customers who are unlikely to switch companies or even shop for alternatives, he says. That’s about 60 percent of all policyholders, according to a Deloitte Consulting study.

An Allstate spokesperson said the CFA’s allegation does not take into account the risk factors of these two drivers and says its rating plans are based on risk. “Our prices are legal and actuarially sound,” a spokesperson told Omaha.com.

Neither state regulators nor the CFA are likely to find a smoking gun that shows that auto insurers are using price optimization rather than accidents or traffic tickets to decide how much to charge customers, says Birny Birnbaum, executive director of the Center for Economic Justice. The Austin, Texas-based nonprofit works to increase the availability and affordability of insurance and other goods and services to low-income and minority consumers.

But that doesn’t mean insurers aren’t doing it. The NAIC’s investigation shows that auto insurers do listen to firms like Israeli-based Earnix, which provides “price optimization software,” according to its website.

A 2011 report by Earnix, a pricing analytics software provider, said that half of all large U.S.-based car insurers engage in these “segment-level demand models to estimate the effect of rate changes” on customers. And a 2011 Earnix webinar advocated a strategy similar to putting a frog in a pot of water and then heating it a few degrees at a time to see if the frog would jump out before it gets cooked.

Earnix suggested taking a small sample from various groups of customers, then raising premiums on the first tenth by 0.5 percent, the second tenth by 1 percent and the third tenth by 1.5 percent to gauge how high you can go before the customer “jumps.” The insurer then knows how much it can raise the group’s prices.

And Serhat Guven, an “actuarial innovator” with financial consulting firm Towers Watson, said in a presentation to the NAIC that price optimization was “not new,” and was used by insurance companies to achieve business objectives such as profit and revenue.

The importance of comparison shopping

Just as retailers target specific consumers with appealing prices, so do insurers. But unlike the retail market, car insurance is highly regulated.

But right now many states allow the practice to continue, according to the CFA’s Hunter. A driver’s best defense? Hunter says, “You better shop around.”

“Comparison shopping for car insurance now matters more than ever,” she says. “Not just because insurers are charging more to consumers who don’t, but also because there really are differences between what competing insurers charge and deliver.”