The secret life of your car’s VIN 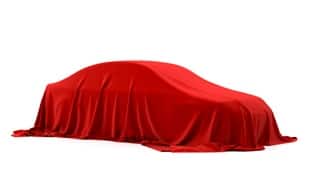 Your car’s vehicle identification number, commonly known as a VIN, may look like a meaningless string of random numbers and letters.

But together those 17 digits make up an impressive one-of-a-kind combination, following the car from the factory to the scrap heap.

“A VIN is to a car what a fingerprint is to a person,” says Frank Scafidi, spokesperson for the National Insurance Crime Bureau (NICB).

A variety of agencies and companies use VINs to report and access information about vehicles. Thanks to the VIN, a car insurance company can check whether a car has a salvage title, a body shop can order the right parts for repairs and police can identify stolen vehicles.

You can find your car’s VIN on the dashboard near the windshield and inside the doorframe on the driver’s side. On some cars, the VIN is located on additional parts, such as the bumpers or steering column. The locations are based on the car’s theft risk and are standardized by the U.S. Department of Transportation. The VIN also appears on documents, such as your car title, registration and auto insurance ID card.

Automakers started using various forms of identification numbers in 1954, and the National Highway Traffic and Safety Administration standardized VINs in 1981 so no car could be mistaken for another. All cars made since then have VINs that follow the same format. CarFax Inc., which sells vehicle-history reports based on VINs, offers a handy VIN decoder on its website:

When you register the vehicle, the state Department of Motor Vehicles will make sure the VIN on your insurance ID card matches your vehicle’s VIN to confirm that it’s properly insured. Most states require car owners to carry insurance.

Thinking about buying a used car? With the VIN, you can buy a vehicle-history report based on data from the National Motor Vehicle Title Information System. The report, available from approved providers for a nominal fee, provides the vehicle’s brand and title histories and any reported odometer readings. You can also buy more extensive reports from companies like Carfax and AutoCheck to learn about recalls, whether airbags were ever deployed, any damage to the car’s frame, how the vehicle was used and other details.

Meanwhile, the NICB offers a free VINCheck service that lets you see whether a car has been reported stolen or as a salvage vehicle.

“The screening of VIN numbers is extremely important to preventing fraud and theft,” Scafidi says.

Law enforcement officers in the field know something is awry if a car’s VIN matches that of a vehicle reported stolen, or if a vehicle has different VIN numbers on various parts, Scafidi says. Another red flag is if the decoded VIN doesn’t match the vehicle’s characteristics. That could indicate a VIN switch. Thieves take VIN plates from vehicles with no theft records and put them on stolen cars to fool unsuspecting buyers.

You can deter car thieves by having your VIN permanently stenciled on the car’s windshield and windows — and possibly save money on car insurance for doing so.

“Many insurance companies give you a discount off of the comprehensive portion of your car insurance policy for VIN etching,” says Insure.com consumer analyst Penny Gusner. “The etching makes a vehicle easier to track and harder for thieves to resell.”

The etched glass reduces a stolen car’s value because chop shops can’t sell the glass, which otherwise makes up a big portion of the profit. Car insurance discounts for VIN etching typically range from 5 to 15 percent.

What is uninsured and underinsured motorist coverage?
Car warranties versus auto insurance
How Does Gap Insurance Work and Do You Need it?
Non-owner car insurance: How to get car insurance without a car
Minimum car insurance requirements by state
Can I insure a car that isn't in my name?
Do you need full coverage on a financed car
Do you need the VIN number for the insurance quote?
Veterans and military guide to insurance
What is liability auto insurance?
"Stacking" your UM/UIM auto insurance coverage
5 questions to ask your car insurance agent
10 things that aren’t illegal but should be
SR-22 insurance: What is it and how does it work?
Auto insurance: How to make sure you’re not underinsured
Full coverage auto insurance: What it costs to get covered
Will my car insurance still cover my vehicle if I had it towed out of the road after hitting a deer? I have a witness to the event.
Double-car insurance dilemmas
How auto theft investigators work - and how to hire your own
How to cut your car insurance bill in half
12 things you don't know about car insurance that could cost you
Untangling your insurance during a separation or divorce
My wife was half asleep when she went out to scrape snow and ice off her car. She used a snow shovel, not realizing she picked up the one with the sharp metal blade at the end, so she scratched the car all over. Will her car insurance cover the damage?
My car was rear-ended and totaled but it was paid out by my insurance company and I am left with a balance on my car. Can I make a claim with the other drivers insurance company to pay the balance?
As I was backing out of the driveway I hit a parked car that was parked beside the curb in the street causing what looked like mild damage. My vehicle had no damage. Will I have to pay a deductible?
Don't let other people drive your car
15 things you didn't know your car and home insurance policies cover
Taking the slow lane by storm: Insurance for low-speed vehicles
Car insurance for blind drivers (you heard that right)
Would I lie to you about car insurance? Only if it pays off
Insuring your tricked-out, souped-up car
See more >