It’s a timeworn plot twist in movies: A wealthy family patriarch is killed and the murderer turns out to be the spouse, offspring or business partner — who just happens to be the beneficiary of the departed’s enormous life insurance policy! 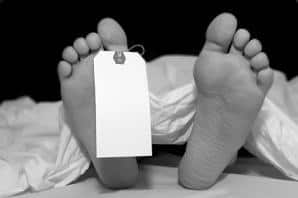 And if you watch true-crime TV shows, you know this scheme plays out in real life. Consider:

Although murder-for-life-insurance plots in movies typically end with the culprit being marched off to prison, real-life incidents are not often black and white. Life insurance beneficiaries can remain suspects in killings for years without collecting death benefits, and life insurance companies, left wondering who should get the payout, often wind up seeking answers in court.

Although murdering someone for life insurance money seems like an ingenious financial plan to some people, it’s insurance fraud. Jack Dolan of the American Council of Life Insurers, an industry trade group, says that “as a general rule” anyone who is convicted in court or remains under investigation for killing someone in order to collect a life insurance benefit will never receive the payout.

“The fact that a beneficiary is not charged with a crime or is not convicted in a criminal proceeding of wrongfully killing the insured does not mean that the beneficiary is automatically entitled to receive the policy proceeds,” Dolan says.

Many states, such as Connecticut, have specific “slayer statutes” that prevent life insurance beneficiaries from receiving payouts if they “intentionally caused” the insured’s death. Some of these states also allow the court to bar payouts if the beneficiary isn’t convicted of murder or manslaughter but may have been involved in the insured’s demise, such as by hiring someone to kill the insured. The type of conduct that prevents a beneficiary from receiving a death benefit varies from state to state.

Slayer statutes have been enacted in 42 states, and according to legal experts in Connecticut, some states’ statutes allow a court to consider proof other than a criminal conviction to show that a person should not receive their victim’s life insurance death benefits. Eleven of those states will allow an “interested person” to ask a court to determine whether a beneficiary who hasn’t been convicted of anything could nevertheless be found “criminally accountable” either by “clear and convincing” evidence or by “a preponderance of evidence.” So in these states a beneficiary could avoid a murder rap but still lose out on the death benefit.

Wrongdoing is not always obvious 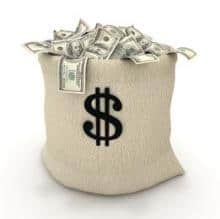 According to Professor Bill Long, an author and legal scholar in Oregon, states that don’t have specific “slayer statutes” rely on common law — or legal precedents — to bar a person who “feloniously and intentionally” killed someone from collecting the insurance loot.

In one case that Long has used in his law classes, a retired military officer’s life was shortened considerably by the “benign neglect” of his “spiteful, vindictive … and stingy” sister, who was supposed to be caring for the ailing colonel after his wife died. Although a court in Washington, D.C., found in 1995 that the mean sister “possibly hastened” the colonel’s death, Long says, it also concluded that her actions weren’t willful and she was allowed to collect the life insurance money.

This court decision did not please the life insurance industry, Long says.

“Insurance companies are reluctant to honor policies when there has been what we would consider to be obviously neglectful — much less than intentional or willing — conduct towards the deceased,” Long says.

Sorting out the life insurance beneficiaries

So what happens to the life insurance money when a murderous beneficiary is barred from collecting it?

Courts get involved in other ways as well. In the case of the Indiana vacuum-cleaner salesman, the deceased’s father went to court to block the insurance company from paying the man’s wife, who had not been charged or convicted of the death but was nevertheless a suspect. In another case, also in Indiana, a wife suspected of killing her husband for the life insurance benefit was required by a judge to use the $40,000 settlement to help pay for her public defender.