For years, the Death Master File of the Social Security Administration (SSA) was a valuable resource for life insurance companies when they needed it, and ignored when they did not.

The file is a who’s who of about 95 percent of Americans who have died over the past 75 years. It includes dates of birth and death, Social Security numbers and even ZIP codes.

Insurers can use the list to find out if a life insurance policyholder has died, at which point they must pay the beneficiaries. According to Florida, California and New York regulators investigating the insurance industry, many insurers have not consulted the file, leaving it up to beneficiaries to track down the policies and claim their money. (Read why your insurance company doesn’t care if you’re dead.) 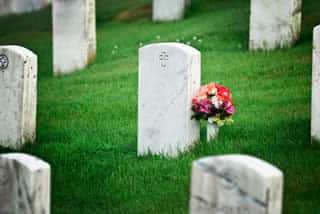 In 2011, this came to light when Florida Insurance Commissioner Kevin McCarty asserted that life insurers had held back $1 billion that could have gone to beneficiaries if insurers had only checked the Death Master File to learn whether their policyholders had died. Other insurance regulators quickly followed up. Life insurers already have paid nearly $53 million as a result, according to a statement released by New York State Department of Financial Services Superintendent Benjamin Lawsky.

“Regulators are using the bully pulpit to encourage life insurers to be proactive in starting the claims process,” says Wayne Landesman, a former president of the Buffalo Association of Insurance and Financial Advisors.

But it looks like there will be a reversal in beneficiaries’ good fortune. As of Nov. 1, the SSA no longer discloses what it calls “protected state records” of deaths — essentially any records it acquires from the states, to insurance companies or the public. The decline in the size of the Death Master File is substantial; 4.2 million of its 89 million records will be excised from the public files and made available only to federal agencies.

And of the 2.8 million deaths reported to the file each year, only 1 million will be available to the public. In other words, most recent deaths won’t be reported. And that will make it harder to figure out who is owed life insurance money.

Why the change? The SSA says it has discovered it is prohibited from disclosing death records it receives through contacts with the states, according to the SSA website. But the Death Master File has been in existence since around 1980. SSA spokesperson Kia Green offered no comment on why it taken the SSA so long years to discover it was doing something wrong.

A magnet for criminals?

Recent attention drawn to the Death Master File by state regulators has made it an attractive resource for criminals seeking personal information for use in scams, says Jamie May, chief investigator at AllClearID.com, an identity theft protection website.

Insurance regulators are continuing to press life insurers to use the Death Master File, even though information will be limited.

Insurers are less enamored of the Death Master File than industry regulators.

MetLife spokesperson John Calagna echoed his statement. MetLife now uses the Death Master File as a safety net to catch a small number of unclaimed benefits, but must do a follow-up investigation because “sometimes the information is incorrect,” he says.

Both the Cornman and Calagna say life insurers’ claims payout systems — with or without the Death Master File — work very well.

However, MetLife did increase its reserves by $117 million in the third quarter in the expectation that it would have to pay out more potential claims as a result of beneficiaries located through the Death Master File and other databases. And regulators say this may only be the beginning.

Florida’s McCarty said in a December interview that his office had revised its original estimate of the costs to insurers of paying off beneficiaries found through the Death Master File from $1 billion to “several billion dollars.”

Lawsky predicts that “the total amount of payments could be huge.”

Exactly how these policies will be checked now that the SSA has limited access to the Death Master File remains unclear. But, beyond the states, the Death Master File has other sources of information — as does the public. Among them, according to the SSA, are family members, funeral homes, hospitals, postal authorities and financial institutions.

For a $75 fee, the MIB Group will search life insurance applications within the last 14 years, but even MIB marketing director David Aronson admits that “Social Security is your best bet” for finding lost claims.

So if you buy a life insurance policy and want the benefits go to the right people, your best protection isn’t the insurer, or the government, says Cornman. It’s you.

“Let your beneficiaries know that you have a life insurance policy,” he says. “Tell them where the policy can be located. And notify your life insurance company when you move.”