Crime insurance is just for the big companies, right? Wrong. The Fortune 500 behemoths of the world aren’t the only ones that need to worry about serious fraud and theft, insider deals and good employees turning into shady white-collar criminals. After all, a small family business can be devastated by the illegal activities of one employee.

The basics of crime insurance 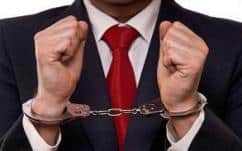 Crime insurance, a type of business insurance also known as fidelity insurance, protects companies from fraud perpetrated by employees of the business. Crime insurance covers a host of possible frauds, most of which fall under three broad categories: corruption, asset misappropriations and fraudulent statements.

The list of potential frauds gets bigger by the day as workers find new ways to bilk their employers of money, goods and services. Here are just a few of the dangers that crime insurance can cover:

How many of those issues are covered by crime insurance depends upon your individual policy. Some insurance policies cover even the things you might not consider at first blush, such as kidnap and ransom.

How serious are fidelity crimes?

Fraud can cause serious damage to a business. The Association of Certified Fraud Examiners (ACFE) found that American businesses lose over $400 billion every year to fraud and that the average organization loses up to 6 percent of revenue to the fraudulent activities of its employees.

Without proper crime insurance, significant embezzlement or other acts of fraud can even lead a company to the difficult decision to close its doors. According to the American Management Association, up to 50 percent of business failures in the United States are the result of dishonest employees.

Even as security controls grow tighter, the computers that have become commonplace in all types of business have opened a new door  to fraud. While increased technology makes many aspects of business easier, it also creates opportunity for even more serious crimes by employees.

“Technology today creates huge issues,” says Frank Scheckton, divisional president of Great American Insurance Group’s fidelity and crime division. “With scanners, for example, it’s very easy to forge a check. If you can get the routing number, account numbers and a signature — what’s stopping me from looking at the annual report for the treasurer’s signature? — you can do a lot of damage.”

But it’s not all done with modern technology. Sometimes, the old paper ledger and checkbook can be more than enough. “Everyone is so concerned about high-tech that they forget low-tech,” says Scheckton. “We still see the most common methods of stealing — things you’d think would have stopped long ago, such as manipulation of checking accounts and of receivables. In this day and age, people are still manipulating the checking accounts and inventory records of their businesses.”

Identifying crime at the workplace 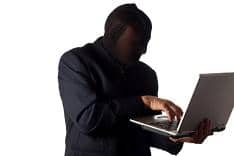 According to a report by the ACFE, business crime is most often discovered through a tip from an employee who recognized workplace misconduct. So how do you spot someone who is committing fraud?

“It’s our belief that fraudsters often display red flags that warn management and internal audit of misconduct. Some of these indicators include management override of controls, consistently achieving goals even in changing business conditions, an increase in nonroutine transactions and journal entries and difficulty providing information, documentation or approval,” says Lisa Hirtzinger, director of standards and guidance at the Institute of Internal Auditors.

“On the personal side, fraud indicators include living beyond one’s means and not taking vacation time. The typical profile of a fraudster is a middle-age employee who is a part of management with access to information and the ability to override controls,” Hirtzinger says.

According to Scheckton, bookkeepers are those with the most access and opportunity to hide their activities. “They can get an invoice in and pay it twice, or control both the checking account and the ledger,” he said. “That way, they can write checks to an accomplice and take a kickback but record in the ledger that the check was to a legitimate vendor.”

How fraudsters get away with it

“Fraudsters need three things: a reason to commit fraud, such as financial pressure at home, an opportunity to commit fraud and not be detected and then the ability to rationalize their actions. Of these three characteristics, organizations can most influence the opportunity,” adds Hirtzinger.

Other employees are often best positioned to spot fraud, but many of them look the other way. It pays to clamp down on fraud early. Hirtzinger says that most frauds start small, then grow when the perpetrator realizes the crime isn’t being detected.

What’s the secret sauce behind preventing fraud by employees? “Organizations need a strong control environment and fraud management program in place to lower the risk of fraud,” said Hirtzinger. “It’s important to communicate the tone at the top and the code of conduct, and the use of data analytics to detect unusual activity is also effective.”

“People get caught, and they do minimal jail time, but the companies never really recover the full amount,” Scheckton says. He estimates that 60 percent of the companies making claims on Great American’s crime policies are underinsured–so even after their policy payout, their losses are still substantial.

“The problem of inadequate limits occurs when the insured bases their insurance needs on what they think an embezzler can get away with in-between annual audits,” Scheckton said. But he says that most embezzlements span years. “The longest ongoing embezzlement I ever heard of was one that went on for more than 20 years. It wasn’t discovered until the employee retired.”