Flood insurance: Are you in the zone?

One common misconception is that flood coverage is part of homeowners insurance. It’s not. There’s also confusion about what it means to live in a flood zone and who should get flood insurance.

The Federal Emergency Management Agency (FEMA) estimates that 90 percent of all natural disasters in the U.S. involve some type of flooding. That includes inland flooding, flash floods, and flooding from seasonal storms.

No area is deemed safe from flooding, though it’s more prevalent in certain regions. The Insurance Information Institute (III) reports that 20 percent of all flood claims come from low to moderate flood risk areas.

“Floods are the nation’s most common and costly natural disaster and cause millions of dollars in damage every year,” says Janet Ruiz, director of strategic communications at III. “Floods cost America, on average, $8.2 billion each year (according to 2015 data). Recovering from just one inch of water inside your building can cost about $27,000.”

On this page, we’ll review the issues of flood insurance and flood zones so you can figure out whether you need the coverage:

What is flood insurance?

Flood insurance covers you if you experience a flood from outside your home.

Meanwhile, homeowners insurance typically covers water-related damage from burst pipes or overflowing toilets, tubs, and sinks. You’ll likely get covered if your dishwasher explodes and shoots water and macaroni shells all over your kitchen, too. Also, if a thunderstorm blows the roof off your house and the rain damages the inside of your home, a homeowners’ policy probably covers you.

Think of it this way: homeowners insurance covers you if the damage comes from water from the sky or within your home. If it comes from the earth, such as from rivers, creeks, oceans, and flash flooding, you’ll need flood insurance.

Federal flood insurance is available “where the local government has adopted adequate floodplain management regulations under the NFIP — and many communities participate in the program,” III says.

Loretta Worters, vice president of media relations at III, says the cost of flood insurance cost depends on many factors. That includes where you live. If your home is located in a low-to-moderate risk area, you’re eligible for Preferred Risk Policy (PRP) rates.

“These are standard for the amount of coverage you desire and come with a minimum $1,000 deductible. It also depends on if you have a basement or if you have to have your home elevated,” says Worters.

One aspect that influences flood insurance cost is your flood zone.

A flood zone is a geographic area that is more at risk than others for flooding, as determined by varying levels by FEMA. The zones are depicted on a Flood Insurance Rate Map (FIRM) or Flood Hazard Boundary Map and reflect the severity of flooding in that particular area.

Michael Hart, FEMA spokesperson, explains that flood zones are one of several pieces of information that work together to depict risk on a flood map. The NFIP makes flood insurance available to all property owners and renters in participating communities, even those in moderate- to low-risk zones.

“The flood zones identified on maps are designed to inform flood insurance rates and requirements and provide a basis for sound local floodplain management in high-risk areas. The maps show a minimum standard; they don’t show everywhere that it can flood,” Hart says.

You can refer to these flood maps to learn about flooding sources and other nearby hazards and to plan development, flood insurance, and hazard mitigation solutions to protect yourself and your property. Flood maps also provide a way to learn about your area’s flood control structures. That includes levees, which provide some protection from flooding.

FEMA, the state, and community, as well as tribes and regional organizations, collaborate to create flood maps. Many factors drive map revisions, including construction projects, surface erosion, or the impact of natural events that affect the community’s floodplains.

“At any time, community officials can submit scientific or technical data to FEMA, and, provided it meets FEMA’s standards, it will result in a local flood map revision. FEMA encourages communities that participate in the National Flood Insurance Program to submit technical data that may influence the depiction of the flood hazard, as they are best able to monitor local development that happens in or near the floodplain,” Hart says.

You can hop online and go to FEMA’s Map Service Center to look at the official flood map, find flood hazard products, and use tools to understand flood risk better. You can plug in an address, a place, area of interest, or even longitude/latitude coordinates to research products in the area and its history.

FEMA is tasked with updating the flood map every five years. Any changes or updates made to these flood maps are the result of three primary methods:

When FEMA makes changes, your property’s classification may shift. You may wind up with a higher risk classification or a lower one. That re-classification could result in being required to get flood insurance — or pay more or less for coverage.

FEMA classifies risk by using three overarching flood zones based on the likelihood of flooding in that area.

There are three overarching types of flood zones:

High-risk coastal: The Vs

The As are “high risk”

As with Zone V properties, flood insurance can be mandatory for homes in Zone A. High-risk zones are designated with the letter A and further broken down into the following classifications:

Zones B, C, and X: moderate to low risk

Zones designated as B, C, or X fit one of the following criteria:

While flood insurance may not be required in these zones, you can buy coverage to protect your home and assets in the case of a catastrophic flooding event.

Floodplains across the nation are both unique and dynamic, and the maps that depict them represent a snapshot in time, according to information provided by FEMA. You can learn more about flood zones on FEMA’s Map Service Center by calling the FEMA Map Information eXchange, toll-free, at 877-FEMA-MAP.

Who should get flood insurance?

Everyone should at least explore whether flood insurance makes sense for them. Experts at the NFIP have a mantra: “Everyone lives in a flood zone.”

“Homeowners, renters, and businesses should get flood insurance,” Hart says. “Every state and 98 percent of counties have experienced a flooding event, and FEMA estimates that more than 95 percent of residences do not carry a flood insurance policy, leaving entire households and communities financially vulnerable to floods.”

But, of course, those who live in areas of higher risk not only should consider it; mortgage lenders require coverage for those who purchase homes in designated flood plains to buy flood insurance. Most lenders won’t require you to get flood insurance if you’re not located in these designated areas, but remember that III says more than one-fifth of claims for flood damage originate in homes that are in low-to-moderate risk areas.

You can only purchase flood insurance through an insurance agent or insurer participating in the NFIP. You can contact the NFIP referral call center at 800-427-4661 to request an agent referral.

“Start with your homeowner insurance company, which can help you to obtain flood insurance,” says Ruiz.

The NFIP provides coverage for:

Private flood insurance is available for those who need additional insurance protection. It’s known as excess coverage. The private insurance covers over and above the basic policy or for people whose communities don’t participate in the NFIP.

Ruiz says it’s a good idea to get excess coverage if your home would cost more than $250,000 to rebuild.

“If you’re a new homeowner, you need to be aware of what the risks are in your community to flood. Also, Congress has mandated federally-regulated or insured lenders to require flood insurance on mortgaged properties that are located in areas at high risk of flooding. But even if your property is not in a high-risk flood area, your mortgage lender may still require you to have flood insurance,” Ruiz says.

There are 59 private participating insurance companies in the Write-Your-Own (WYO) program that sell and service the NFIP policies through insurance agents. Flood insurance is also offered directly through the NFIP by the NFIP Direct.

There are approximately 5 million policyholders nationwide. The NFIP is the nation’s largest single-line insurance program, providing nearly $1.3 trillion in coverage against flood.

We interviewed Dr. Xiao, Associate Professor in the Toulan School of Urban Studies and Planning at Portland State University, to understand government efforts to minimize economic impact from natural disasters, such as floods. 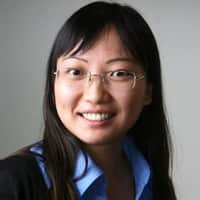 Resilience is not the only goal, sometimes it’s competing with economic development and that’s kind of a secondary goal.

Q. What does the federal government do to protect the economy from the impact of natural disaster?

A. Professor Xiao explains that “government is not really doing too much.” She describes a balancing act between wanting people to be prepared without causing a community to feel too unsafe. Xiao notes that the Federal Emergency Management Agency, FEMA, must collaborate with state and local government offices and there can be opposing objectives. “Resilience is not the only goal, sometimes it’s competing with economic development and that’s kind of a secondary goal,” observes Xiao. “In reality, how much funding are you going to use for mitigation and reinforcing buildings? That’s a strategic choice. Whether that’s enough or how much should be in [the government’s] everyday operations is a big question mark.”

Recovering from a flood

Xiao notes that there are different factors that can contribute to flooding. Heavy rainfall resulting in a river flooding into a nearby community can create serious but localized damage whereas floods caused by hurricanes can create widespread havoc.

Q. What factors influence a community’s ability to bounce back after a flood?

A. Xiao explains that a community’s structure and mix of businesses can make it easier or harder to recover after a flood. “If a place has more manufacturing businesses, they tend to be more resilient than, for example, retail businesses because inventory can be so badly damaged, as well as the infrastructure,” Xiao observes. “There is research that shows when you have more diverse sectors, you probably see more resilience in the local economy.”

The level of damage contributes to recovery speed. According to Xiao, “When one sector or major industry gets hit really hard, it makes it difficult for the community to bounce back.”

People are also an important element to flood recovery. “Do they want to come back and rebuild or does everyone want to move away?” There can be politics involved, particularly when buyout programs are available. In cases where most in an area prefer to “take the money and leave,” Xiao finds that the community may shrink in size.

To inquire about purchasing a flood insurance policy whether you’re in a high-risk flood zone or not, contact your local agent, visit FloodSmart.gov or call the NFIP help center at 800-427-4661.