Mudflow or mudslide? The answer affects your insurance claim 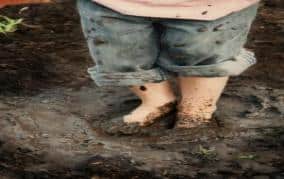 When your house is damaged by an intrusion of mud, your level of insurance coverage depends on whether its cause is defined as a mudslide or a mudflow.

If you’re knee-deep in soggy earth, this may seem like a fine distinction. However, because home insurance policies are governed strictly by their terms and conditions, it’s a distinction you need to understand.

Mudflows are byproducts of floods. Because floods pose the risk of catastrophic damage, most private insurance companies do not cover flood damage under standard policies. You can buy flood insurance through the National Flood Insurance Program, a division of the Federal Emergency Management Agency (FEMA).

The federal flood insurance program, created by Congress through the National Flood Insurance Act of 1968, enables property owners in participating communities to buy flood insurance from the government. Under that program, damage from a mudflow, sometimes defined as “a river of mud,” is covered. But mudslides, which can result from a hillside that collapses, are excluded. So here’s how it breaks down:

According to FEMA, a mudflow occurs when liquid and flowing mud moves over the surface of normally dry land. In contrast, mudslides happen when a mass of earth or rock travels downhill.

Depending on weight and velocity, a mudslide can be powerful and very damaging to structures, says Peter Moraga, spokesperson for the Insurance Information Network of California.

“It will knock down retaining walls,” he notes. In contrast, a mudflow, which is liquid, may seep into the home, destroying property but not causing as much structural damage.

“For sure there is a big difference between what comes down a slope versus mud that can be introduced to a property from a stream or river,” says Nicholas Pinter, geology professor at Southern Illinois University. “When we talk about flood damage, there may be mud involved.”

According to the U.S. Geological Survey, a scientific organization that provides information on ecosystems and the environment, mudslides generally occur during intense rainfall on water-saturated soil. They usually start on steep hillsides and accelerate to speeds as great as 35 miles per hour. Multiple debris flows that start high in canyons commonly funnel into channels where they may merge.

Gregor Blackburn, chief of the floodplain management and insurance branch in FEMA Region 9, acknowledges that the difference between damage caused by mudslides and mudflows may not be apparent to untrained observers. That’s because mud can enter a home in a variety of ways.

“Floodwaters are never clean,” he says. “They always are carrying something in suspension. That can include dirt and mud.”

A shovel filled with dirt

Water damage is one of the most common and costly problems facing homeowners and floods are more common than you may think. You don’t have to live on a floodplain or near a river to be at risk. About 25 percent of flood insurance claims come from places where there is only a low to moderate risk for floods, according to FEMA.

On occasion, the federal government will provide disaster aid to flood victims. But it is not wise to count on such support.

“Not all disasters are federally declared disasters, and even if you do get federal help, most of that comes from loans which have to be paid back,” Moraga explains. “Think of paying off your mortgage and paying a loan on top of that.”

If you decide to add NFIP flood coverage to your home insurance, the average policy costs roughly $540 a year, according to the Insurance Information Institute. For homeowners, the maximum amount of coverage available from the federal flood program is $250,000 for damage to a dwelling’s structure and $100,000 for damage to contents.

If you use a federally backed mortgage to purchase your home, the lender will require you to buy flood insurance if the dwelling is in a flood zone. You can purchase federal flood insurance through your own insurance company, “but the policy is underwritten by the federal government,” Moraga says.