How alcohol use affects your life insurance premiums 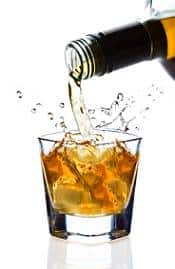 How much drinking is too much when it comes to getting life insurance quotes? Heavy alcohol use impacts your life expectancy, so insurers want to distinguish between the person who has an occasional glass of wine and someone who has a drinking problem.

A 2008 national survey from the Centers for Disease Control and Prevention (CDC) revealed that heavy drinking as a lifestyle is the third leading cause of death in the U.S. Alcohol use over the long term can lead to a variety of serious chronic conditions such as cardiovascular problems, dementia, stroke, depression, liver disease and gastrointestinal problems.

Hinerman says there are a number of different factors that insurers consider when underwriting someone with a history of alcohol abuse: Does the applicant already have an alcohol-related condition such as cirrhosis of the liver? Has he sought alcohol-treatment or attended Alcoholics Anonymous meetings? Are there any DUIs on his driving record?

Depending on the severity of the alcohol use, an underwriter could decline your application, put you in a more expensive rate class or offer you a “rated” policy. A rated policy carries an additional premium because of a specific risk factor. For an explanation of classifications, read how life insurers view you: Underwriting categories.

Also, if excessive alcohol use is noted in your medical records by your physician, even if not mentioned on your application, you’re facing high rates or an application denial.

“Your alcohol use is revealed in your medical history if you’ve told your doctor you might have an alcohol problem or he or she suspects it,” says Hinerman. Your life insurance medical exam, often a requirement for an application, includes blood and urine tests that reveal abnormalities. The liver function test, known as the Carbohydrate Deficient Transferrin (CDT) test, measures the synthesis of glycoproteins in the liver to rule out cirrhosis or obstructive liver disease. You will have elevated liver function if you’re a heavy drinker but not if you drink in moderation. So even if alcohol use is not noted in your medical records or on your application, a lab result showing abnormal liver function can cause an insurer to assume alcohol use.

But an elevated liver enzyme level doesn’t spell doom for your application; it can also suggest there is something wrong with your health that isn’t related to drinking, or it may even be caused by taking ibuprofen. An insurer may postpone a decision on your application or run a further test called an “alcohol marker,” explains Hinerman.

“Even if poor liver function is related to something other than drinking, you would still be rated heavily, but as a health risk, because something else is going on there,” he says.

The further away you are from your DUI conviction, the rosier your life insurance picture will look. Hinerman says that for the first three years after a DUI, expect a pricey rated policy. After three years you can creep up to a “standard” rating, and after five years you can get back into low cost life insurance, or “preferred” rates — assuming your health condition merits it.

“When it comes to DUIs, insurers look at everything involved,” says Hinerman. “It will be at least a year out before you get an offer [for a policy], and it will be a rated offer. When you receive a DUI you are usually court ordered to go into a drug-treatment program. An insurer would want to know if you successfully completed the program.”

Hinerman adds that if you checked yourself into a drug treatment program rather than being court-ordered to attend one, it may look better to an insurer because you took the initiative to stop drinking.

If you have multiple moving violations like DUIs combined with alcoholism or drug abuse, most companies will deem you “uninsurable.”

Recovering alcoholics have an uphill battle

It takes a long time before the life insurance gods smile upon recovering alcoholics. Even if you can show that you’ve succeeded in an alcohol-treatment program and haven’t had a drink in many months, you can expect to be declined or have a decision postponed within the first two years of your recovery.

Hinerman stresses that if you have or had a drinking problem, do not omit the information from an insurance application. That is considered fraud and any policy issued to you could be voided.

There are brokers who specialize in finding life insurance for people considered “impaired risks,” whether it’s due to a history of alcoholism or chronic health conditions.