How a history of mental illness affects your life insurance rates

If you’ve taken Xanax or Zoloft for anxiety and briefly used Paxil or Prozac for depression, it probably won’t affect your life insurance quotes when you apply for a new policy.

If you’ve had mild brushes with anxiety or depression and responded well to treatment, you will likely qualify for “preferred” life insurance rates, and may even qualify for the top-tier “preferred plus” rates with some companies. Insurers understand that certain life events (like divorce or a death) can lead to short-term depression and you won’t be classified in the “standard” rate class for those reasons. 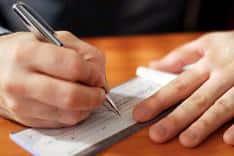 “It’s important that people understand that they can obtain insurance and have reasonable rates even if they have a mental health condition,” says Robert Pokorski, chief medical strategist for The Hartford’s Individual Life Division. “These illnesses are very treatable today, as treatable as many physical conditions.”

Life insurance companies become concerned about depression if you were on multiple medications at once, or hospitalized to stabilize a condition. Those situations likely will likely knock you out of the “preferred” rate class into the “standard” category.

Insurance companies will not dig through your mental health records in an attempt to find a reason to deny your life insurance policy. In fact, most insurers view hints of a problem as riskier than a well-documented mental illness and its treatment.

Even serious clinical depression or bipolar disorders — more commonly known as manic depression — won’t necessarily prevent you from getting the best life insurance rates. If you’ve been treated and have taken medication that has successfully controlled your illness, you shouldn’t face application problems.

Life insurers will want to know when you were diagnosed, who is treating you, what type of treatment you’re undergoing, length of your treatment and how you’ve responded to treatment. You should wait for a few months after your initial diagnosis and treatment before applying for life insurance. Insurers will need to understand how you are responding to treatment before they can offer you the best-priced life insurance. The wait could be as little as three months if your condition is mild and you respond well to treatment.

“Individuals with mild, controlled anxiety or depression can often be underwritten for life insurance with favorable rates, often even our best rates,” says Jacki Goldstein, vice president and chief medical officer for MetLife’s Life New Business and Underwriting. “When underwriting these individuals, we look to determine the severity of the illness and the degree and duration of control.”

If you have attempted suicide, it is more difficult to obtain life insurance. But some insurers are willing to write a policy after some conditions are met. An insurer may ask to see well-documented evidence of treatment and recovery before issuing you a policy.

Not all cases are the same, however. In cases where there is a risk of suicide, an applicant who can still go to work and function in society, even while taking strong doses of medication, will be viewed as less risky than someone who has to be hospitalized.

The Hartford requires resolution or control of the underlying problem responsible for the suicide attempt, Pokorski says. The company also will ask an applicant about:

Life insurers will generally wait one to two years after a suicide attempt before issuing a policy. After this postponement, The Hartford charges an additional premium for up to five years, and sometimes longer if there is an ongoing risk of suicide. “The amount of the additional premium depends on many factors, such as the number of attempts, underlying mental and physical conditions, and overall indications of stability,” Pokorski says.

A “contestability clause” exempts the insurer from paying the death benefit if the policyholder commits suicide within the first two years the policy is in force. But it’s not exclusive to policies written for applicants with a suicide attempt. It applies to all life insurance policies The Hartford writes, Pokorski says. All these practices are consistent with what the company does when insuring applicants who have had serious physical health conditions, such as cancer.

If you have a history of mental illness plus drug or alcohol abuse, life insurers will have concerns. Some people with mental illness attempt to medicate themselves through the use of drugs or alcohol. To insurers, it suggests an out-of-control person.

Also, the combination of certain mental illnesses with other risk factors can raise red flag for life insurers. For example, people suffering from severe anxiety, requiring tranquilizers to function, often have heart problems because of the high adrenaline levels caused by their disease. If this is combined with other evidence of coronary disease — such as high blood pressure or elevated cholesterol — insurance companies may offer very expensive coverage or none at all.

For cases where there are severe or multiple problems, an impaired-risk specialist can often help. These are insurance brokers who specialize in applications with medical problems such as depression and know which companies will offer the best rates for certain conditions.

For those with mental illness who have undergone successful treatment and have their condition under control, affordable life insurance is readily available.