Life insurers have been under increasing pressureto use available databases to identify deceased policyholders and locate beneficiaries. Until recently, beneficiaries have had the burden of tracking down life insurers that owe them money. 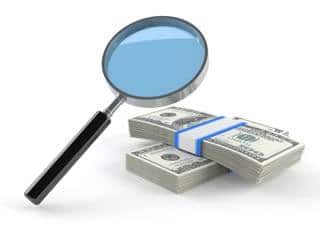 State regulators, including Florida Insurance Commissioner Kevin McCarty and New York State Superintendent of Financial Services Benjamin Lawsky, have ordered life insurance companies to make sure that their policies — some of which have been gathering dust for decades — finally pay the beneficiaries.

So if you’ve found a “lost” policy, or a life insurance company finds you, congratulations.

What if I’m one of multiple beneficiaries and some or all of the others have died?

The insurer will attempt to contact all the beneficiaries named on the policy. Generally, life insurance beneficiaries are deemed eligible on a “survivor” basis. So, if three children are beneficiaries but only one is alive, then he or she gets 100 percent.

However, other policies are based on “equal” shares, meaning that the estates of the other two children would each get one-third.

What if the other beneficiaries, or their heirs, can’t be located?

If the other beneficiaries or their heirs can’t be found, the money in an “equal shares” policy goes to that state’s unclaimed property department.

My relative died a long time ago. Will I get interest on the benefit amount?

Generally, you’ll get interest from the time of death until the benefit is paid. It depends on the insurer, but it may also be specified by state law. So in some instances, interest accrues only from the date the claim is filed. In a recent settlement, MetLife agreed to pay 3 percent interest from the verified date of death or 1995, whichever is later.

What if the insurer says the policy lapsed before death and there’s nothing due?

Insurance companies are supposed to keep in touch with their policyholders, but some may have lost contact and used any available cash value in the policy to pay the premiums until the cash value ran out. In this case, the insurer may be responsible for making payment to the beneficiaries.

Officials suggest contacting your state’s insurance fraud unit if you suspect that this has happened.

What if I think an insurer is holding a policy on which I could be a beneficiary but hasn’t notified me?

For a $75 fee, MIB Group’s policy locator service will look back 14 years to see if there’s a record of a life insurance application among its member companies. It boasts a 30 percent success rate.

If you think the policy was sold by MetLife, you can use its “policy finder.” It will be helpful to know the policyholder’s full name, date of birth and death, state of residence, and the last four digits of the Social Security number.